Credit to Jamie Lenman – he never does anything by halves. Compared to the relatively straightforward post-hardcore during his time in Reuben (which, even then, is doing no justice to […] 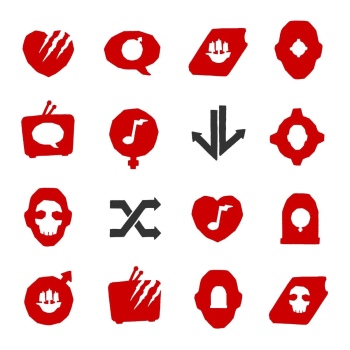 Credit to Jamie Lenman – he never does anything by halves. Compared to the relatively straightforward post-hardcore during his time in Reuben (which, even then, is doing no justice to how inventive that band could be), Lenman’s solo career has been a wealth of the weird and wonderful, something that was always going to be the case when his first album Muscle Memory was a double album comprised of individual discs of blistering hardcore and jazz-folk. Devolver was something of an outlier in its shift back to quintessentially British post-hardcore that could’ve been plucked directly from the 2000s, but Shuffle is a much different beast in its endeavours. Ostensibly, it’s a covers album, but while some of it is indebted to the usual rubric of this sort of release, it’s much more left-of-centre overall, seeing Lenman giving his touch to everything from TV themes to a chapter from Moby Dick. If this came from literally anyone else, it might be cause for concern that this is all a bit too wacky for its own good, but Lenman has proven himself a dab hand at taking concepts that seem dead in the water on paper and turning them into works positively overflowing with charm.

But there’s a limit to how far even someone like Lenman can go, and Shuffle tests those limits to the point of basically shattering them entirely. Going on originality and novelty alone, this sort of scrapbooked approach to a covers album is virtually unparalleled; there’s probably never been anything like this attempted, nor will there be again. But that might be because it doesn’t really work, and what was undoubtedly a fun and interesting idea in concept turns into a messy gumbo of half-ideas and floundering disconnects when put to record. And that does kind of feel like the idea, especially given the number of introductory passages to tracks that have Lenman literally shuffling through songs to decide what to cover, but it also feels like the execution of something like this could never work, and the fact that Lenman is still able to produce some half-cohesive works here is a borderline miracle in itself.

And it’s hard to know where to start with any of this, especially when Shuffle is more akin to a collection of stuff emptied out of an old drawer than anything approaching a traditional covers album, given the almost ridiculous level of variety this album gets its sources from. Thus, it’s probably easiest to start with the most standard inclusions here, mostly to formulate a benchmark for quality in the most straightforward way. And on the whole, they’re largely fine, but it’s easy to see the low-stakes nature of this whole endeavour bleeding in when some of the execution turns out how it does. It’s probably best encapsulated in the rendition of The Beatles’ Hey Jude, in which most of the actual song is cut away for ad-libs and a drunken-sounding chant over crushing low-end hardcore that, when it comes to thrusting these songs out of their comfort zone and into Lenman’s field, feels novel enough to be dismissed as simply having some fun, but also doesn’t run as far with them as it necessarily could. On the other hand, the quick-stepping alt-rock reworking of Cyndi Lauper’s She Bop and having Jake Thackray’s The Remembrance as the solemn piano ballad to close out are far more fully-formed, and the payoff is much greater. As such, feeding the other Beatles cover Tomorrow Never Knows and a take on the Popeye theme through a hardcore filter does yield some solid results in the context of this album which, as all over the place as it may be, does come together in a fashion as a widespread collection of influences or simply likes reworked in a way that shows their overall cumulative influence.

That might be something of a reach, but it’s the only way that Shuffle as a whole makes sense, as so much is brought in from worlds outside of pure music in a way that’s definitely interesting, but gives the already mixtape-esque quality of this album yet another between itself and something that can really work. It doesn’t help when the more direct compositions feel incredibly fragmented; the darker, winding vibes of the theme from the 1976 film Taxi Driver are good but fractured into distinct halves that ensures it doesn’t pick up until the end, while lifting the soundtrack from the SNES game Wolverine: Adamantium Rage and giving it a sludged-up hardcore grind doesn’t really feel like the most effective use of the source material. Of course, that can be hard to judge with inclusions like You’re The Boss, in which Lenman and Paul McGann re-enact a scene from the 2007 short film Always Crashing In The Same Car, or the recital of the Moby Dick chapter The Pequod Meets The Delight, but that just highlights how bitty and unfocused this album really is. The ideas may come together, or at least meet Lenman’s intentions, but nothing really coalesces from them, and it’s hard to have any of this elevate beyond a passion project that, when actually put on wax, struggles to deliver much of anything at all. And nowhere is that disconnect between the idea and the final product more stark than on Song Of Seikilos, a performance of the oldest surviving musical composition from anywhere in the world that sounds like a cool idea when initially put forward, but as a loose, meandering folk track that just about scratches two minutes, it’s only really redeemed by Lenman’s performance in its original Greek.

But on the whole, it’s not like any of this can realistically put a dampener on Jamie Lenman’s output or his vision as a musician. If anything, it elevates the latter considerably for displaying the pure gumption to actually give something as out-there a go, but it’s the sort of side-project that really should be left to the side, both for posterity’s sake and because it’s an ultimately botched experiment that simply can’t meet its lofty goals. Again, the fact that this was even attempted is impressive enough, but there’s too much that either doesn’t work or doesn’t hit the potential that Lenman is capable of to really warrant giving this the time of day, even if it is an interesting experience to see how everything is somehow pieced together without totally shattering. The standout moments are definitely worth applauding, but on the whole, Shuffle just ends up more mixed up than anything else.

‘Shuffle’ by Jamie Lenman is out now on Big Scary Monsters.