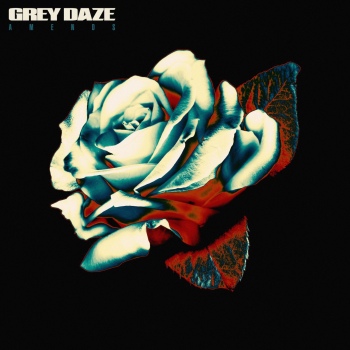 Examining Grey Daze properly is a complicated task, as is always the case with posthumous albums. This was the band of Chester Bennington pre-Linkin Park, now getting by far their biggest spike of recognition thanks to taking his vocal takes and pairing them with new instrumentals for this album. That in itself can be a difficult concept to get onboard with, and while the blessing of Bennington’s widow Talinda and the assertion that Grey Daze won’t be touring this album make this particular instance feel a lot less scummy than most, it’s hard not be caught in the usual hang-ups that come with a posthumous release, or the fact that a band whose last proper release was over twenty years ago is currently enjoying a second wind solely off the back of a ‘tribute’ to their former frontman. Because, let’s be blunt – if Grey Daze were to make a proper return with a new singer and original material instead of releasing Amends, would anyone really care? In their own time, they were far from a cornerstone of ‘90s rock, and it’s hard to independently keep in mind that fact, and that Amends has been almost exclusively buoyed by the prospect of unheard recordings from such a beloved and missed performer as Bennington.

It’s also a lot of weight to put onto what’s ostensibly a glorified remaster, and the fact that Amends never seems able to settle on being either a blatant capitalisation on Bennington’s legacy or a genuine, heartfelt gesture is particularly telling. There’s definitely some new life breathed into songs that are pretty rare to hear nowadays, but there’s also not a lot to them suggesting that the effort was worth it, given that, by the metric of Bennington’s output throughout his career, this isn’t among the more impressive. It makes for a rather easy unmasking of Grey Daze as a defiantly ‘90s relic trying to wriggle through the net into relevance in 2020, and in that situation, intent only counts for so much. They’re receiving the most attention they ever have, but when the quality of output is this spotty, it becomes rather obvious that it’s coming exclusively through good will and nothing else.

Because, to cut right to the chase, Amends only gains its fleeting success thanks to filling in a piece of Bennington’s musical evolution that was previously difficult to find. He’s the standout presence here (something that’s clearly common knowledge given how much more prominently in the mix his vocals are), and it’s easy to see the precursors to various forms of Linkin Park in his vocal style on Sickness or The Syndrome. As was said earlier, Grey Daze are almost solely reliant on Bennington as a frontman, especially with reworkings like these that rarely seem to know how to fit into the modern musical landscape effectively. This is a remarkably bitty album, switching between sludgy post-grunge that isn’t helped by a clearer, more contemporary production job on a track like Morei Sky, and very clean, clandestine alt-pop that’s more of a play for relevance than anything else. There’s no real colour or life to any of it, and with a tempo that seldom picks up into something more bracing or adrenalised, the aim seems to be feigning a sense of sweeping, melancholic grandeur that just isn’t reached. They do get there at times like with the ever-increasing build on In Time or the less turgid balladry of Soul Song, but even while these moments are good, they aren’t indicative of something that feels vital within modern music. It places Grey Daze as wholly an exercise in nostalgia, which is even more fitting given that Amends exists at all. Clearly the intention was not for Grey Daze to re-establish themselves in the modern scene, and the fact that’s such a transparent notion shunts this album into the uncomfortable territory of most posthumous releases.

That’s also fed into by what songs were chosen for this album, and how frequently themes of depression or losing someone too early seem almost deliberately placed as a means of relating directly to Chester’s passing. The early representation of both those angles on Sickness, Sometimes and What’s In The Eye attempts to reframe them in the same way that Linkin Park’s One More Light has been, but the reason that worked is because it was a swansong note that, in context, now comes across like an artist defining the end of their own legacy; here, not only are Grey Daze’s efforts greatly cut from under them by the fact that they’ve not been associated with Bennington for decades at this point, but it can feel kind of manipulative to front-load the album in that way without providing any emotional payoff further down the line. You can tell these are songs written by an incredibly young Bennington given how unrefined they can be – just look at the flimsy political ‘commentary’ of B12 for an obvious example – and strip-mining those efforts to try and form some kind of post-passing narrative that doesn’t even coalesce brings into question what kind of ‘tribute’ this was actually supposed to be. There’s no real emotionality behind it, and it all it stirs up is the realisation of how much better of a songwriter Bennington became after all of this when he was in Linkin Park.

In all honesty, it’s probably an album that shouldn’t have been released, not just for moral reasons but because there’s no reason for Grey Daze to try and exist in modern rock other than to sate completionists. Even with its reworkings, Amends just sounds dated and drab, highlighting the only reason it got a green light at all was as a memorial piece that it doesn’t even do that well. Sure, for some it’ll be pleasant or comforting to hear Bennington’s voice again in a context they perhaps haven’t heard it in before, but beyond that scant factor, there’s really no need for Amends to exist, and the fact it does in the state it’s in doesn’t hold much faith for anything that Grey Daze might consider doing in the future. Granted, when this album proves most of all that they one asset they did have is no longer here, there’s not much else for them that can be done.

‘Amends’ by Grey Daze is released on 26th June on Loma Vista Recordings.