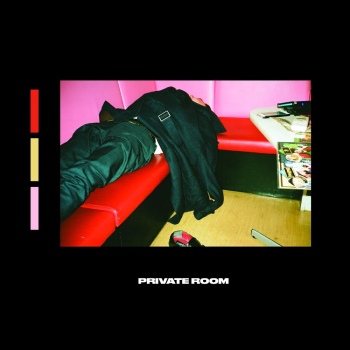 It says a lot about the dedication of Counterparts’ fanbase that there’s so much excitement surrounding this release, a three-track EP of collated B-sides that barely clocks in a seven minutes altogether. Still, given the response to last year’s You’re Not You Anymore and how it was widely heralded as one of the best hardcore albums of 2017, faith in Counterparts seems to be at an all time high right now. As much as it won’t match the quality of that album (that’s pretty much guaranteed), it’s still impressive that hopes are so high around Private Room as it is.

And that’s a perfectly valid mindset to have, because Private Room is pretty much as good as three tracks in seven minutes can be, that being totally aware of how precious little there is to really dig into, but still hitting hard and with as much momentum as it can muster. It’s also worth noting how none of these tracks distinctly feel like B-sides; there’s such a consistency that’s carried over so that any dip in quality is relatively negligible in the bigger picture. Take a track like We Forgive for instance, that hits a stride of relentless, razor-edged surging early on, and with Brendan Murphy at his most typically impassioned in his delivery, there’s honestly no way to tell that this isn’t a brand new track.

It’s largely the same for this EP as a whole too, as few concessions are made to out-and-out brutality – both sonically and emotionally – pretty much across the board; both Monument and Selfishly I Sink have the sort of ragged, rampaging qualities to really hit with some formidable strength. It’s probably not the best release as a first step into Counterparts’ music though, particularly when basically any of their full albums are more immediately fulfilling than what’s essentially as fairly scant odds-and-ends collection. On the other hand though, fans will hardly complain at this, and for anyone who just fancies a quick shot of hardcore fury, Private Room won’t steer you wrong.

For fans of: Stick To Your Guns, The Ghost Inside, Capsize
Words by Luke Nuttall

‘Private Room’ by Counterparts is released on 7th September on Pure Noise Records.