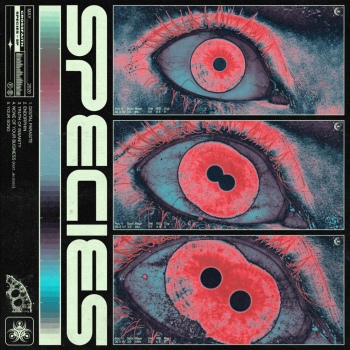 So it looks like Crossfaith are back to their old tricks again, and that can be a little disheartening to see. To clarify, it’s a frustration that comes from the EPs they’ve become known for in lieu of a full album, and while it’s an understandable decision, it doesn’t seem to have benefited them in the long run. It’s a neat vehicle for surviving in a more demand-driven musical landscape by releasing material as and when it’s ready, but it’s not like either Freedom or Wipeout have stuck. Then again, that’s been an issue for Crossfaith even beyond their EPs, where their live prowess and reputation has seldom translated to an equally memorable listening experiences; they’ve had plenty of good and even great releases, but staying around for the long term is another matter entirely. But even then, going back to what will inevitably be the first of a handful of EPs doesn’t look to remedy that, no matter how well it turns out, but perhaps that’s something they’ve figured out how to work around. After all, the material doesn’t necessarily need to have a great, prevailing impact if short but frequent releases can keep coming to keep the ball rolling.

As such, that can make any positive evaluations of Crossfaith’s EPs come across as a bit inflated, but that’s not the case when they’re still really solid on a moment-to-moment basis. The exact same thing can be said about Species too, where a lack of key evolutionary moments within the band’s electro-metalcore can effectively spell out its lack of staying power, but it’s really entertaining to listen to in the exact way music this widescreen and contemporary should be. Crossfaith’s electro-metalcore template still feels fresh in how they utilise it, and in the speedy, neon-glaring atmosphere that their music conveys, that can be massive rush when it hits in the right way. Fortunately, Species frequently does, and what might well just be another entry in a new chain of EPs is just as good as everything that’s come before it.

Admittedly that too can be a double-edged sword for Crossfaith, given that any expectations or predictions can basically be fulfilled by copy-and-pasting all past knowledge of this band and applying it here, including the shortcomings. It’s pretty much accepted that Crossfaith aren’t the best lyricists, nor will they likely ever be, and when the greatest criticism that can be levelled at Species is that it’s a bit generic, that’s not too bad. It’s not like anyone’s going to be leaning on the billionth iterations of these themes for any groundbreaking – the vapidity of media on Digital Parasite; looking for a place in the world on Endorphin; channelling anger and disenfranchisement into a call to arms on both Truth Of Insanity and None Of Your Business – but nothing ever seems forced or workmanlike coming from Crossfaith. There’s a vitality to the J-rock rush that comes from the hooks of Truth Of Insanity and Your Song, and it taps into a notion of flashiness being a more sustainable resource within Crossfaith’s ranks than a lot of other bands’.

There’s still real talent here though, and working alongside the flash rather than against gives Species the same considerable forward motion that’s regularly where Crossfaith shine. The almost industrial glitching behind Endorphin and the glossy, juddering synth that coats Your Song feels enormous and powerful in completely different but equally effective ways, as well as providing a foil for metalcore bulk that can get away with being tighter and more polished. Even then, the heaviness hasn’t been cut back on; Ken Koie’s reign as one of modern metalcore’s more formidable screamers continues unchallenged, backed by production borrowing a handy number of cues from nu-metal in its slamming weight, but fed through a much more modern filter for its aggressiveness. The rap verse from Jin Dogg on None Of Your Business definitely helps to bridge that gap (even if the instrumental he’s given to perform over doesn’t always match his intensity), but Species as a whole feels like a rather concise merger of the two sides, particularly in previous allusions made to both Slipknot and Bring Me The Horizon that can clearly be felt throughout.

In other words, it’s a Crossfaith release, and one that hits all the same notes that its predecessors did without fault. That’s not exactly to its detriment though, and Species continues a run of remarkably consistent work from a band who very well could’ve flamed out by this point. Perhaps that’s the benefit of these continuous EP releases, where Crossfaith can continue putting material out without running the risk of stagnation; that certain seems to be likely, particularly when any growth has been auxiliary at the absolute most, and yet that doesn’t seem to be taking a toll on them. If anything, they’re continuing to run as strongly as ever, even if Species will inevitably be put on the back burner when its follow-up arrives. Until that time comes though, Crossfaith continue to deliver, something that’s quickly becoming an inevitability within modern metalcore that’s always good to see.

‘Species’ by Crossfaith is released on 22nd May on UNFD.