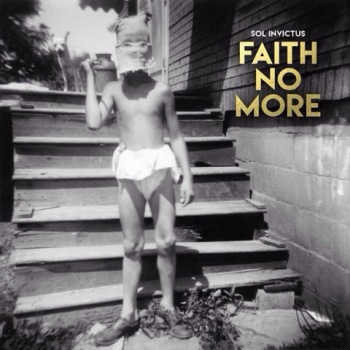 There are arguments that old bands shouldn’t make new albums. With a few notable exceptions, contemporary releases from bands whose heyday has long passed are usually rushed, money-grabbing efforts a fraction of the quality of their earlier material, or designed specifically to keep any hardcore fans who refuse to let go satiated. Whichever one they are, they’re often shoddy efforts that never live up to a band’s former glories.

Having said that, Faith No More’s new album is brilliant. In truth, it had to be, given the weight that’s already upon their shoulders – not only have they influenced countless numbers of bands both directly and indirectly since the early to mid-’80s, but frontman Mike Patton, with his incredible range and malleability, is rightly credited as being one of the greatest vocalists of all time. So it’s refreshing to see that, 18 years after their last album, nearly 35 years after first forming, and after an eleven year long hiatus, the Faith No More of 2015 is still a formidable beast, and Sol Invictus sees them at their warped best once again.

Much of Sol Invictus is what we’ve come to expect from Faith No More but without even the faintest hint of ennui; buzzsaw alt-metal riffs, unending idiosyncrasies and an intrinsic secondhand weirdness inherited from the many avant-garde acts on Patton’s Ipecac label. Cone Of Shame is like Melvins-do-Morricone with it’s dusty, Spaghetti Western riffs descending into cascades of sludge, while Separation Anxiety is a rumbling, snarling beast that becomes more claustrophobic with its building vocal spits. Then there’s Superhero, which switches between driving and ominous with its multidirectional backing calls. Of Sol Invictus‘s ten tracks, there’s not an unlikely crossover hit like Epic, and there are certainly no lounge lizard Commodores or Bee Gees covers. It’s dark, uncompromising stuff that never lets up in terms of leftfield-ness. The case in point is lead single Motherfucker, with it’s constant streams of imperialistic drums and Roddy Bottum’s hypnotic synth loops, making it one of the album’s most uncomfortable and radio-unfriendly tracks.

It’s exactly the kind of song Faith No More would choose to make a single. They’ve always gone for the unexpected, and Sol Invictus is no different. It’s an album that keeps listeners on their toes, with the only constant feature being the dark aura imbued within. It switches between styles and sounds with ease, most that can be qualified with many spurious (and more often than not, made-up) sub-genres. The deathly soul of Sunny Side Up creeps by in the malignant and mercurial way that only this band can muster (with its lyrics about eggs, because why not?), while closer From The Dead is a darkly upbeat, almost Beatles-y slice of acoustica. Patton himself flip-flops between vocal styles less than on previous occasions, staying largely with ghostly rasps or booming arena-rock bluster, making for a far more concise, cohesive incarnation of the band. There’s not a second of Sol Invictus‘s entire runtime that is wasted; every part of every song is one more thread that is weaved into its vast, macabre tapestry for an experience that is occasionally uncomfortable but continuously stunning.

In reality though, reviews aren’t needed to convey Sol Invictus‘s insanely high quality. That there was no trepidation whatsoever when the band announced they would be recording again after nearly two decades in the proverbial wilderness speaks volumes. From the moment it was announced, the expectations for this album were almost unattainably high, but as was to be expected, Faith No More have gone on to smash them to smithereens. They’re in no danger of stagnation just yet.