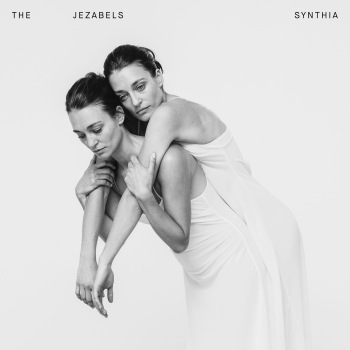 Australian music is having somewhat of a moment right now, what with Tame Impala’s fuzzy pyschedelic melodies, Troye Sivan’s indie anthems and Iggy Azalea…well, with her thing. The Jezabels prove to be no exception to the success of the former two with Synthia, this dramatic epic of an album.

Opening track Stand And Deliver certainly delivers on the drama. A gentle electronic intro welcomes you for well over two minutes before Hayley Mary’s vocals shrouded in wooziness greet you. The dreamlike state created by the band contrasts well with the bitterness and desperation of the lyrics before the drums and guitar work their way in, proving enticing in the process. The inconsistency of the melody shouldn’t work, with the track feeling like two intertwined at times, but it does, before the song fades into My Love Is My Disease. The band prove themselves to be masters of versatility with the following track being completely different to the first in every way possible. The chorus is instantly catchy and Mary’s choral vocals perfectly encapsulate the emotion. However, in the context of the album, this song is one of the throwaway ones, feeling the most anthemic and the most mainstream.

In an era of slut-shaming and bitch face, Mary proudly owns her sexuality, seductively singing how the subject can turn her own on Smile. The music fails to suit such a sexiness though, being more suited to the cries of “don’t tell me to smile” that the chorus is littered with. Like the majority of songs on the album though, it feels like the song goes on slightly too long, particularly on the more repetitive ones. Unnatural instantly transports you to the ’80s with the electronic background music and the robotic singing made famous by Depeche Mode and Erasure whilst follow up A Message From My Mothers Passed also delivers on the guilty pleasure of ’80s sad songs, with the opening music smacking of Feed The World by Band Aid.

Come Alive takes a while to do just that but the end result is of an explosion of sound, albeit littered with whimpers a chorus in between. Pleasure Drive employs the same electronic intro used throughout the album but is saved by stomping drums and an infectious riff. Like My Love Is My Disease, it is one of the throwaway songs on the album but one of the best but it is also too long and it is easy to lose interest halfway through listening to it. Flowers In The Attic reverts to the ’80s power ballad element that the band seem to use throughout whilst penultimate song If Ya Want Me proves to be the most interesting, reminiscent of Lana Del Rey. Album closer Stamina is ideally named as that is what is needed to reach it. That is not to say the album is bad but, whilst drama is lacking from most albums nowadays, The Jezabels use it too much. Cut back on the drama and The Jezabels could be onto a winner.

‘Synthia’ by The Jezabels is released on 12th February on Caroline Distribution.