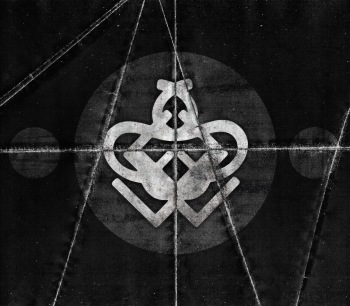 The concept of Grumble Bee is actually a lot more subversive than it initially seems. As well as offering a more dramatic, textured take on the traditional Britrock formula, Grumble Bee is also the brainchild of singer-songwriter Jack Bennett, so moves away from the preconceptions of a solo artist. Not only that though, but on debut EP Disconnect, Bennett has given both genres the kicking into gear they’ve both desperately needed for quite a while.

While the skeleton of the UK’s regular alternative fare is omnipresent over this EP, the style in which these five tracks are delivered in consists of a meatier, more intense aura. A prime example is the stunning Francium, a churning, smoldering little gem of a track, but really, there’s not a bad song on this EP. The lush instrumentation in the likes of Soft Filter, Black & White Picture couples excellently with Bennett’s vocal delivery, bursting with emotion and passion, but with audible cracks that betray a welcome fragility. It all feels genuine as well; it manages to avoid over-acting for a swell that feels wholly believable rather than mawkish.

It really feels as though every element across these five tracks clicks in the very best way possible. Even at only twenty minutes long, Disconnect feels more fulfilling than the vast majority of British rock acts, thanks to it having a lot more diversity, but still being incredibly accessible. Closer H.C.A.D.C builds up its crescendo from an antsy, borderline mathy guitar line into a slamming Biffy Clyro style epic, but manages to keep itself anchored with a scream-along chorus and overt pop sensibilities.

Biffy Clyro are possibly the ideal comparison to make with Grumble Bee, in fact, especially modern day Biffy Clyro. Like them, Grumble Bee’s sound fully integrates with the rest of the mainstream crowd, but with its own unwavering grasp on something new. It’s this simultaneous novelty and familiarity makes Disconnect such a potent listen, and what makes Grumble Bee such an exciting prospect for the future.

‘Disconnect’ by Grumble Bee is out now.