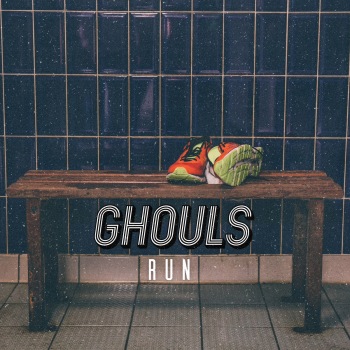 London-bound quintet Ghouls have been ever growing and making their name with their unique spin on punk rock. Following a succession of previous EPs and debut album released back in 2014, the group have returned with sophomore album RUN, a collection of twelve fresh tracks of ska-infused alt-rock that is bound to propel their unique sounds into the limelight. They take a step in the direction of popular genre pop-punk with this release, yet keeping hold their signature sax fillers throughout. Regularly, when a new pop-punk ensemble come into the spotlight, they can be compared to the likes of State Champs or fellow UK successors Neck Deep. Ghouls take those comparisons and add a number of other influences, proving that this band doesn’t need to restrict to a single genre to produce successful and agreeable music.

They kick off with a steady beat, morphing into the highly contagious chorus of Seasonal Affective, the debut single to be shared from the album. It is a secured introduction to the rest of the record, only delving slightly into what the band has to offer. When Autophobic speeds into the spotlight, it hurtles some brass accompaniment along with it, a welcome recollection of what has been previously acquainted with the band on debut album Ten Thousand Words On.

A standout track from the record is Facebook Friend, featuring an infectious sax introduction and bouncy vocal lines that are comparable to Reuben. The whole album is considered to incorporate the ordeals of growing up and the concerns of coming of age in present society. This track follows these ideas strongly, reflecting on contemporary practices that young people are heavily involved with. The first half of the release is very strong indeed, each track single-worthy in their own right. There is a slight decline with the succeeding songs, as they roll into each other after a while. When taking the time to take a closer listen though, they also shine: incorporating more bouncy riffs and brassy additions that are thoroughly appreciated.

Expect Greater Things takes record in a slightly different direction, embracing raw, acoustic prelude section which develops into a steady norm of bold drums and piercing vocals. There is a sense of unrefined eminence particularly during the first verse of the song, one that really gives a sense into the real sound from vocalist Benedict Goold. It’s a fresh and genuine approach to the track that is highly admirable to be included.

Having previously joining the likes of Less Than Jake and more recently Sonic Boom Six across various tours across the UK, Ghouls are set to make their own mark in the industry, particularly once this album is considered. Ghouls are the UK’s solution to alternative pop-punk, standing out from the norm by encapsulating funky tones and rhythms that would appeal to a wider audience, yet still incorporating the standard vocal effects and topics that would be associated with the likes of State Champs and Neck Deep.