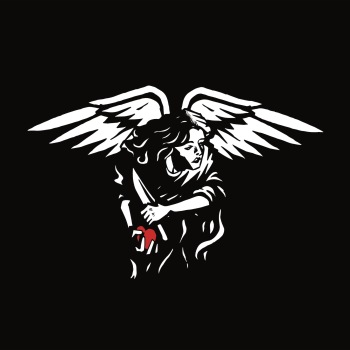 Nostalgia can be both a beautiful and a dangerous thing, particularly in music. On one hand, it dredges up those old memories that can instantly make an old song or band better, but nostalgia blindness is a real thing, and judgement can be greatly impaired based on what a band were like rather than what they’re like now. That’s the case for a band like American Nightmare, better known for their two albums under their Give Up The Ghost moniker and the much bigger bands their members would go on to form than anything they did themselves. And yet, as is the case with any band reuniting after a significant period of time, the handful of shows they’ve played every year since 2011 are clearly popular enough for them to keep going, and are indicative of a band for whom name recognition trumps any actual music.

But still, the clout is there, and that’s clearly given American Nightmare the impetus to record a new album, their first under their current name. But given the momentous occasion this is supposed to be – 2000s hardcore stalwarts returning after almost a decade-and-a-half to prove they’ve still got it – this isn’t a fulfilling listen in the slightest. It’s basic, nondescript, and abortive to the point where the thing feels unfinished, let alone what a big return of this calibre should sound like. It’s satisfactory as a throwback, but with so little here and even less that actually sticks, American Nightmare become easily overshadowed by so many others so quickly.

Even then, this album would be a lot less tolerable if American Nightmare saw it as an opportunity to rest on their laurels rather than put in a conscious effort. Colder Than Death stands head and shoulders above anything else here thanks to a prominent gothic influence that actually makes it stand out, but American Death and War are solid enough as straightforward hardcore punk tracks. Beyond that though, there’s not a lot here that could even be classified as a song, more like fragments that barely even hold the framework to be built into good songs. The World Is Blue and Lower Than Life are just about passable when just falling shy of the two minute mark, but with Flowers Under Siege and Dream barely breaking half a minute each, and the latter having such a sloppy, low fidelity, they’re wasted opportunities that could’ve been used for something to actually flesh this out as an album. Instead, we get an album of nine tracks clocking in a twenty minutes, and still manages to be taken up by filler for around half of its runtime.

To put it mildly, that’s not ideal, but for a band coming off the back of an extended period of relative inactivity like American Nightmare are, an album as miscalculated as this feels like little more than a tool to draw up some hype above anything else. But even then, it’s difficult to see how this album could even do that, given how it’s so by-the-numbers with little in the delivery or content that inspires much in the way of real excitement. It’s ultimately a placeholder of an album, filling in the gap that American Nightmare have left unoccupied but doing little else besides that. This isn’t one that’s going to be remembered for long, and very few will be losing any sleep over that.

For fans of: Cro-Mags, The Hope Conspiracy, Modern Life Is War
Words by Luke Nuttall