As expected, May has been one of the quieter months of the year so far. Sure, there have some absolutely brilliant albums – particularly towards the end of the month – but overall, it’s been populated with either middling to decent releases or ones that have had no presence whatsoever beyond their initial window. June definitely seems to be picking up once again though, and given what’s in the pipeline there are some high expectations indeed. For now though, here’s what’s been on The Soundboard Stereo this month…

It’s frankly staggering how Post Malone has gone from dazed and confused laughing stock to Auto-crooning megastar in such a short time, and pretty much all of that is thanks to beerbongs & bentleys. Put simply, this is just a far more compelling, competent album than his debut Stoney was, yet it’s still incredibly flawed. By no means can it justify its hour-long runtime as heavy, heady beats and Post’s warble become the overly-repeated norm, but the fact that it’s just a much more forceful effort overall justifies this is as one hell of an improvement. Better Now and Sugar Wraith work with such an incredible sense of propulsion, building on the cloudy atmosphere already established by such huge singles as rockstar and Psycho. Lyrically it’s about as flat as it comes, regardless of whether Post is flexing or mourning a broken relationship like on Stay, but depth isn’t exactly the most necessary thing; rather, Post’s appeal comes in an openly escapist experience, and beerbongs & bentleys brings that in spades. • LN 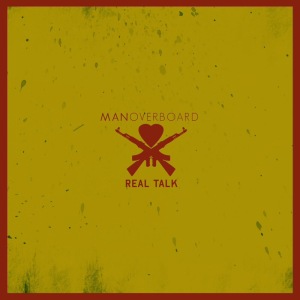 When American pop punk was first becoming the musical behemoth it was circa 2013, three bands, oft pushed in the press, seemed to represent different facets of the genre. The Story So Far were the more aggressive bro vein, The Wonder Years represented the more contemplative, emo-tinged interpretation, while Man Overboard were pure exuberance, drenched in youthful emotion, juvenile as it could get sometimes. Man Overboard are the one of the three that have not stood the test of time (going on hiatus in 2016), arguably due to the least innovative ideas fuelling their vibe. But they also perhaps have some of the biggest anthems, evident right from the off on debut album Real Talk. Almost every song on it is catchy as hell, and the almost teenage naivety expressed lyrically throughout makes everything seem instantly relatable and likeable. Songs like I Like You or World Favorite would be cringed at if released by most other acts, but there’s an earnestness to Man Overboard’s delivery (doubled by their dual-vocalist setup) that makes it work. There’s also the matter of the aforementioned catchiness and trademark massive choruses (see Montrose or Fantasy Girl). Real Talk is a masterclass in pop punk, and although they did go on to produce better material on their self-titled album particularly, this is an iconic starting point. • GJ

When looking back through the turbulent history of metalcore, Atreyu’s Lead Sails Paper Anchor is emblematic of the genre’s mid-2000s popularity, influenced heavily from classic rock while coated in layer upon layer of emo insecurity and emotionality. And overall, it’s succumbed to the ravages of age just about as much as you’d expect; the sense of melodrama is inflated by miles, and a song like Doomsday would undoubtedly be torn to shreds if it was released today. That’s not to say there’s not enjoyment to find here though, as Atreyu are clearly committed to wringing out as much from their emo fantasia as possible, all while championing their hard rock swagger sense of bravado on Falling Down and Blow. It’s certainly a relic of its time, that much is undeniable, but the Atreyu of a decade ago are the sort of band that you’d seldom admit to liking in a public setting, but hit those nostalgic heights with enough force to override some very obvious shortcomings.
• LN

Southampton singer-songwriter Foxes has maintained a modest career since the early 2010s, but her name is best known for being a featured artist on both Fall Out Boy’s Just One Yesterday and Zedd’s smash-hit single Clarity. Debut album Glorious spawned the most commercial success she’s had; the singles put forward a cohesive artist, one sure of themselves in both image and sound. Youth is sparkling pop through and through, but with nods to soul and drum ‘n’ bass woven through so effortlessly that no sound feels out of place. But while everything is present that should, on paper, make a brilliant pop star, something feels slightly hollow about the record. Let Go For Tonight is far and away the highlight for being dynamically interesting – understated verses into an epic building bridge into a euphoric chorus makes for an absolutely perfect pop song. But so much else on here feels disappointing, from the disjointed, choppy Youth (which has so much promise) to the wealth of boring slower songs, the lush title track being the only one memorable enough to enjoy fully. Foxes really did seem exciting for British pop a few years ago, but with the flurry of much more exciting, higher quality acts emerging recently, it’s clear why she’s dipped beneath the radar. • GJ

Any criticism that can be made about Voicenotes can be qualified by “at least it’s better than the debut”. Indeed, the production could benefit from a few more organic tones, and Puth’s lyrics and vocals are still thinner and more undercooked than they should be, but compared to how atrociously bland and stiff Nine Track Mind was, Voicenotes is leaps and bounds ahead. And that’s mainly down to the instrumentation, trading in a sanitised approximation of old-school pop for sleeker, more groove-driven classic R&B, making the presence of Boyz II Men all the more understandable. It definitely does enough to fit Puth’s more limited vocal capabilities too, offsetting that clear negative with the striking, wandering basslines on Attention and How Long, or simply the glittering colour on Done For Me and Slow It Down that connect so much easier. It’s much more even and powered as a whole, and while a few sagging cuts prevent this from being really great, the improvement that’s been made is sizeable, and that’s something to be appreciated.
• LN

Choice picks: Slow It Down, Done For Me, LA Girls

Warped Tour metalcore bands may be sniffed at by, well, most people, but of them, Asking Alexandria have one of the more dedicated followings. Plenty of this following champion Stand Up And Scream and this, Reckless & Relentless – both of which represent the band at their prime in terms of hype and success – as the band’s best work. In terms of development between Reckless… and Asking Alexandria’s debut, there isn’t really any apart from slight vocal improvement on the part of Danny Worsnop. However, listening now, it’s clear now just how unpleasant the screams here are, be it the sickening higher ranged ones or unintelligible deep ones. There’s also the fact that everything here sounds ridiculously dated, imprisoned in the early 2010s for eternity (just like the idea that Asking Alexandria are the epitome of rock and roll, stated on this record’s title track). To its merit, Worsnop’s clean vocals, the other side of the coin to the horrific screams, aren’t terrible, and the hooks are definitely catchy – without a doubt the reason for most positivity pointed towards the songs here. But this record has, completely predictably, not aged well in the slightest, and any sense of enjoyability here is definitely tied to nostalgia – there is absolutely no chance of anyone getting into Reckless & Relentless in 2018. • GJ

Choice picks: Closure, To The Stage, Someone, Somewhere