Given that the last few weeks have essentially brought the planet to a standstill and carved a wedge out of the live music industry the likes of which has probably never been seen, you’d think that things would have been pretty quiet. And it’s not like that’s wrong, with March continuing to stand as one of the new lulled months of the year where very little of note has been going on, but between the advent of livestreamed shows becoming the most optimal way for artists to carry on getting themselves out there, and a handful of genuinely great albums, there’s still been a fair bit going on, despite the odds. Given how things don’t seem to be changing any time soon, that might be staying like that for the time being, but for now, here’s what’s been on The Soundboard Stereo throughout March…

It’s almost funny that there was actually hype around this album, especially when the majority of modern trap is as disposable as it is and almost always drops without warning anyway. Thus, it’s almost unheard of that it’s been three years since Lil Uzi Vert last released anything (to put it into perspective, Lil Baby has shat six of these things out in that timeframe), but what’s a lot less surprising is that it hasn’t been worth the wait. Eternal Atake is the same chronically flabby trap album that’s effectively the norm nowadays (to say nothing of the entire new album bundled with the deluxe edition released just a week later), with a few highlights sprinkled among the mountains of filler that’s built from conception to be refuse. And for an artist like Lil Uzi Vert who can be capable of doing some weird and more interesting things with this sound, the forgettability of an album like this really comes down hard. When it’s not being outright annoying or unmaintainably obtuse – see the shrieking, glassy synths punctuating Futsal Shuffle 2020 or the sample of the Kidz Bop version of The Backstreet Boys’ I Want It That Way – Eternal Atake just doesn’t do a whole lot, with the usual combination of dreary beats and slippery flows that might be interesting on paper, but when it’s the same formula regurgitated over an hour, it loses its luster pretty quickly. It’s hardly a surprise that tracks like Baby Pluto and Lo Mein rank among some of the best here; they’re the first two tracks on the thing, so the luster hasn’t been stripped away with almost voracious intensity. But when nothing really feels all that interesting or dynamic, it’s just a slog to get through, to the point where the last three years of certain circles drumming up hype seems to have been for absolutely nothing. • LN

The Story So Far – Under Soil And Dirt

The pop punk scene is probably one of the most prone to copycats genres within current rock music, and in the mid-2010s boom no band were imitated more than The Story So Far. Their debut record Under Soil And Dirt remains the epitome of that specific faction of pop punk, transforming the dick jokes and power chords into angst-fulled gang chants and more meaty riffs. The sunshine one enters into a pop punk record expecting is still present and correct, but a focus on the heavier side of things not only modernizes the sound but makes it feel much more adult than your blink-182s or Sum 41s. The tracks here have swathes of lyrics that adorned Tumblr blogs everywhere yet still spark pits, crowdsurfing and every other physical pop punk cliche every time they’re played live – there’s bounce, there’s grit and there’s bundles of energy. Sure, it’s easy (and funny) to make jokes about Parker Cannon’s over-enunciated vocals and the band’s tendency to attract furiously pointing bros (the sexist undertones to Daughters are the only thing about this record to not have aged well), but the music speaks for itself, and it’s obvious why The Story So Far are still relevant for so many bands and fans alike. • GJ 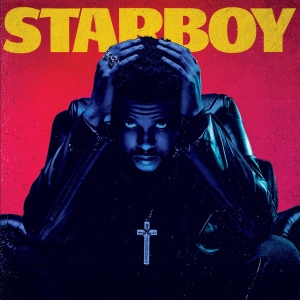 Now that he’s released After Hours, the picture of where The Weeknd is as an artist seems to be a lot clearer now than it once was. There’s a more defined arc that’s reached its newest decline as he wallows in the memories of his failed relationships, to the point where the brighter, almost hopeful tones of Starboy seem like a distant memory by comparison. And yes, Starboy was the weaker album overall, but the move towards pop that it made so emphatically can’t be ignored in the grander scheme of The Weeknd’s career, especially when it’s been refined to where it is now, and especially when, at its best, Starboy was capable of some real greatness. That greatness did come in very fragmented pieces (a lot of the back stretch really does sag), but isolated moments have really aged well, whether that’s the co-opting of ‘80s tones that would become even tighter further down the line on Rockin’ and A Lonely Night, or the attempts to hit the darker, more brooding territory that were touched on with Party Monster and False Alarm, albeit fitted into more of a pop context. Of course, it’s hard to forget the pair of Daft Punk-assisted megahits in the title track and I Feel It Coming that bookend the album, and while they really don’t fit within the. persona of The Weeknd to really any great degree, it’s hard to deny that they’ve both established themselves among the pantheon of excellent hits within the 2010s. Again, Starboy really isn’t a masterpiece by any stretch, and its flaws become all the more noticeable when placed in the context of what would come after it, but in a handful of ways, it feels like an important album, and that’s hard to take away from it. • LN 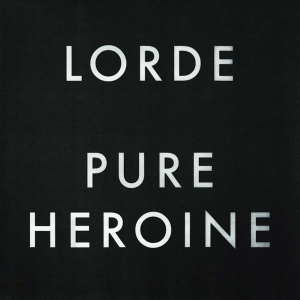 2017’s Melodrama presented a heartbroken Lorde, an artist who could relay the most ugly feelings with striking vibrant colours and through stunning, creative metaphors. It was the album that cemented her as a critical darling, but she’d been a fully-fledged artiste since the ball started rolling. Breakthrough and debut album Pure Heroine feels more like music made by a teenager, cherry-picking beats and vocal deliveries from hip-hop, electronic swells from dance and a pop ear for melody that made sure these songs made chart impact. But the persona holding the reins of Pure Heroine is what makes it such an interesting record. Lorde’s smoky voice can go from dripping with boredom to soaring over a euphoric dance party with absolutely no loss of conviction or grasp of the story she’s telling at any point on the record. There’s a focus in her lyrics on the luxury of being young – not in the gold teeth and Grey Goose sense, but in the thrill of being in the throes of the very deepest emotions for the first time. The aforementioned vibrant colours she paints with are very much present on the stunning Ribs, a song that makes you feel the rush of youth while still stressing about ageing. Most importantly though is her mantra of solidarity with similarly-minded individuals not in the celebrity classes found on Royals or the anthemic Team that is the defining feature of Pure Heroine. It’s a post-no filter perspective that never once feels like it’s actively trying to make a statement – these are genuine, upfront opinions from a normal then-16-year-old New Zealander that just so happen to be more insightful than plenty of people twice her age could ever be. • GJ

So Sam Hunt’s monument to being a fucking moron Body Like A Back Road is finally getting a home next month, though it’s not like that song is much more than a reinforcement of some of the ideas established on his debut Montevallo which seem even more obvious upon a revisit. To be as charitable as possible, the fact that Hunt has the gall to pilfer so much from Drake in sound, delivery and content and attempt to wedge it into a country context no matter how spuriously is something original, though that’s not to say it’s actually good. If anything, the rancidness of Montevallo is probably the feature that makes it worth coming back to; there’s no doubt that Take Your Time or Single For The Summer have absolutely horrid sentiments, but it feels like a case where it’s easier to totally disrespect the artist than to dislike it. This is guilty pleasure fodder at its easiest to define, between the talk-singing that’s never well-executed but is rooted in real distinctive personality, and production that barely even tries to hide how synthetic it is, even though its unwavering bowing down to pop feels much more in-keeping with what Hunt wants than most of pop-country nowadays. And at the core of it all, there’s Hunt himself, the meatheaded frat boy who wants to come across as sensitive and smooth he is at all times, to the point where it’s almost funny when he falls neck deep into his own toxic mindset on Ex To See and Make You Miss Me and any veneer of that personality that he tries to keep up evaporates instantly. It’s the sort of enormously contradictory listen to makes it difficult to evaluate Montevallo beyond ‘a thing that does some things sometimes’; yes, it’s bad, and that can be objectively seen, but there’s a charm in its badness that Hunt can pull off more than most. Watch this space to see if he can keep it up. • LN

Because of, well, the state of the world at the minute, film consumption has probably gone up by a hell of a lot in the last couple of weeks. It’s a time for retreating into comforting favourites rather than more challenging titles, and La La Land feels like it has transcended into modern classic territory (look at any film Twitter or Letterboxd profile for proof), more than helped along by the Old Hollywood nostalgia sprinkled throughout its story and songs. Despite being a musical (and a beloved one for so many at that) though, a number of critics called the numbers in the film underwhelming and bland around the time of its release. La La Land’s isn’t a soundtrack designed to be listened to without the absolutely necessary context. That isn’t a criticism – the same can be said for hundreds of other soundtracks – but without the film running alongside them to aid the storytelling it leaves the songs more open to scrutiny. It feels like the singing lacks power at certain points, probably due to casting actors without much experience in musical theatre. Before being unnecessarily poked and prodded and pulled apart, these songs more than serve their purpose be it the heart-rousing of the instrumental tracks, going round the carousel in your brain for days in Another Day Of Sun’s case or becoming a new ‘belt-in-the-shower’ anthem for you like City Of Stars. If you’re looking for a way to spend your lockdown hours, you’re best off just watching La La Land, but if for some reason that’s a no-go, you could do much worse than the soundtrack. • GJ