It’s that time of year again – Reading & Leeds are almost upon us once again, and as always the lineup is full to the brim with incredible bands and artists. Obviously there are far too many to see them all, so we’ve whittled it down to twenty that should be made a priority – these are the absolute best of the best of this year’s lineup.

It’s no wonder that Against Me! find themselves on the Main Stage. Last year’s Transgender Dysphoria Blues was one of the finest albums of 2014, and you can pretty much guarantee their set is going to be just as good. Expect forty or so minutes of impassioned, blue collar, gimmick-free punk rock played peerlessly with zero frills but plenty of thrills. What more could you want?

All Time Low are arguably one of the biggest modern rock bands in the world today, especially having had latest album Future Hearts hit number one in various countries including the UK. They will grace the Main Stage with their ten years worth of happy, summery pop rock and between-members banter, and are definitely a perfect fit for Reading & Leeds.

This could be the last chance you get to see The Gaslight Anthem for a while. Yes, after this run, the New Jersey quartet are going on hiatus, which is all the more reason to catch them while you can. Their last album may have been rather a let down, but even if you discount that there’s more than enough material to get a great set out of, and if the sun is shining (please!) it’ll be the send-off they truly deserve.

Bring Me The Horizon

Love them or hate them, it can’t be denied that Bring Me The Horizon are one of Britain’s biggest exports in rock and metal. This year sees them play second from the top, just below headliners Metallica, and with new album That’s The Spirit recently announced, there could be some exclusive previews along with the hits. Whether you’re a fan or just want to see if they can do their slot justice, it’s safe to say that this is definitely one of the most anticipated sets of the weekend.

Beartooth were one of the breakout bands of last year and it’s easy to see why – a debut album as brilliant as theirs, Disgusting, and a massively praised live show will do that. Now they bring their full-throated, emotional hardcore to Reading & Leeds. Expect crushing riffs, massive choruses and the sort of unpredictability that only comes from being one of the most exciting new rock bands on the planet.

Genuine legends in their own right, 2015 marked the proper return of Refused with their first full-length in 17 years, the brilliant Freedom. And now they’re a fully-fledged band again, live shows call, and where better to begin in the UK than Reading & Leeds? The Swedes are headlining The Pit, and are set to bring not only new material, but plenty from their genre-defining classic The Shape Of Punk To Come. It’s not one to be missed.

After playing two sets last year – one on the Pit Stage, the other in the Radio 1 / NME Tent – it seems logical that Marmozets would make the leap up to the Main Stage this year. Always intense and interesting, the Yorkshire five-piece have made a name for themselves following excellent debut The Weird And Wonderful Marmozets, and we have no doubt that their Main Stage debut will be nothing short of outstanding.

What better way to celebrate your 20th anniversary as a band than a headline slot? That’s what Limp Bizkit are doing, topping the Radio 1 / NME Stage for what is sure to be an unforgettable set. It’s got all the hallmarks to be at least – a veritable smorgasbord of nu-metal hits that everyone knows every word to, a penchant for covering other rock club classics and, hopefully, a glimpse of new material from upcoming album Stampede Of The Disco Elephants – what can go wrong?

Catfish And The Bottlemen

Fewer alternative bands have had the mainstream success Welsh quartet Catfish And The Bottlemen have had in the last year. This has culminated in them gaining this slot, third from the top of the Radio 1 / NME Tent – a massive leap from their mid-bill Festival Republic slot last year. Expect a packed tent and frenzied reactions to their famously good live show boasting all the hits from ace debut album The Balcony.

New Found Glory have been going long enough and have achieved enough to be called legends, and now is the time for them to capitalise on this title with a full-blown headline set in their own right. The pop-punk legends return to the festivals for the first time since 2013 to close out the Lock-Up Stage in what is sure to be one of the most energetic, anthem-packed sets of the weekend. 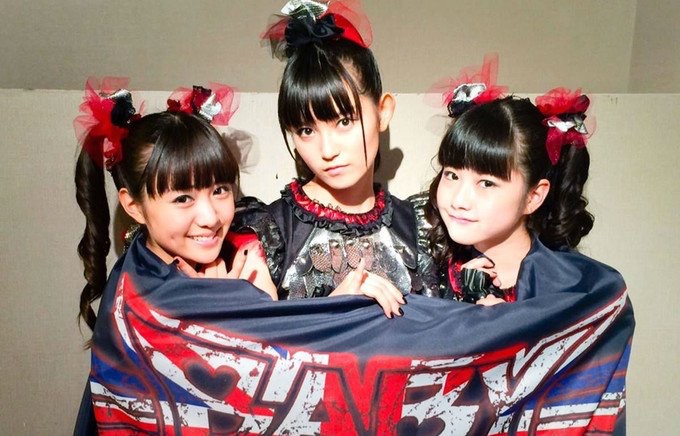 Babymetal really need no introduction at this point. The Japanese phenomenon – combining metal with traditional idol music – will be making their latest trip to the UK for the festivals to open up the Main Stage, and it’s not one to be missed. Because, with their self-titled debut finally getting a proper UK release, and with critically-lauded performances at Sonisphere and a surprise appearance at Download under their belts, there’s really no excuse. 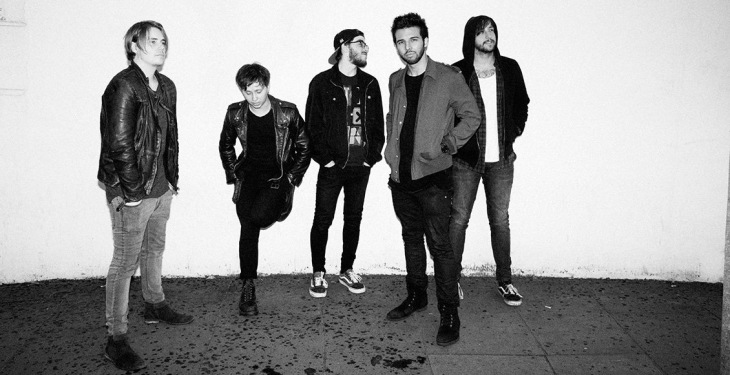 Nothing But Thieves have proved themselves to be one of Britain’s most promising new bands, and they open the Radio 1 / NME Tent at Reading and Leeds this year. They may only have a handful of songs at the moment, but previews of tracks from their upcoming debut album should be aired during their set. If edgy alternative rock is up your street, check out Nothing But Thieves’ set because they’re headed for big things.

Since the release of debut album Young Chasers last year, Liverpudlian four-piece Circa Waves have become the go-to band for the feelgood summery indie hit. Their tracks are impossible not to smile along to, making them and festival season go together like ice cream and sunshine. Expect the Scousers to captivate the Radio 1 / NME Tent with their infectious earworms and animated stage presence.

One of the more mainstream additions to this year’s festivals, Canadian DJ deadmau5 headlines the Radio 1 / NME Tent at this year’s Reading & Leeds. Known for his euphoric EDM tracks impossible not to dance to and an electric, visually stunning live show complete with strobes, pyro and a massive mouse-ear helmet, it’s clear that deadmau5 is going to bring the party and rave mentality to the English fields.

Panic! At The Disco

With current single Hallelujah – their best release in a long while – things are looking incredibly bright for Panic! At The Disco. Now they make their long awaited return to the festivals for a triumphant Main Stage set. With more than enough hits to fill a substantial length set, and with new material from the upcoming fifth album undoubtedly making an appearance, it’s no wonder it’s one of the most anticipated sets of the weekend.

Largely unknown outside of the niche emo scene, Modern Baseball bring their endearingly awkward musical tales of teenage angst and yearning to this year’s Lock-Up Stage. Diehard fans will undoubtedly be screaming every word back to the four-piece, but we’re sure any newcomers to Modern Baseball will be positively intrigued. Something a little different for regular R&L goers and a hidden gem amongst this year’s lineup for sure.

Reading & Leeds 2015 marks the return of Alexisonfire. Playing their first UK shows since their break-up in 2012, the Canadian post-hardcore legends will take to the Main Stage for what is bound to be a hit-laden set, seeing one of the most influential and plain best bands of the 21st Century taking to the stage once again. Miss them at your peril; it’s bound to be one of the most talked about sets of the weekend.

Massachusetts trio PVRIS have to win the award for fastest rising stars of the last year, and this month they take to the Pit Stage at Reading & Leeds. Although they are arguably not the best fit for the stage they’re playing, their enchanting live show, massive cult fan base and gothy, supernatural-inspired synth-pop from excellent debut album White Noise are sure to help them pack out the tent.

Fresh from the release of new album Positive Songs For Negative People, acoustic punk troubadour Frank Turner will headline the Festival Republic Stage solo, unaccompanied by backing band The Sleeping Souls. Having headlined arenas, this set will be a somewhat intimate affair, which is definitely not something to be missed. Frank is known for creating a community feel at his gigs, so expect singalongs galore here.

Do you really need any reason to see Metallica headlining? Alright, here’s a few – they’re one of the best metal bands to have ever existed, they have more than enough songs for a great headline set and they always bring a fantastic live show. Sure, they come over here most every year during festival season, and their newer material isn’t really up to much, but anticipate the all-time classics that they have so many of, and you can’t really go wrong.