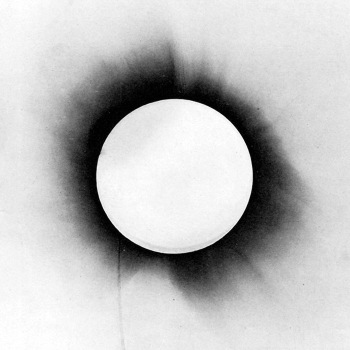 There’s a reason that Architects are so well-loved in the metalcore world. Apart from the fact that their steely ‘proper’ metal influences make their sound one of hardest-hitting that the genre has to offer, they’ve been consistently excellent in their album releases, the only blip being 2011’s The Here And Now (an album which, in retrospect, is only viewed so negatively because of their ridiculous track record). The spring-back since has been incredible, with both Daybreaker and Lost Forever // Lost Together being returns to form in the most emphatic sense, showered with acclaim from both critics and fans alike. But was anyone expecting a follow-up like this? All Our Gods Have Abandoned Us doesn’t just blow the door open; it rips it off its hinges, flings it across the room and proceeds to tear it to pieces as if it was cardboard.

Basically, if that didn’t make it clear enough, All Our Gods Have Abandoned Us is good. Like, really good. Like, potential Album Of The Year levels of good. This is Architects’ seventh album, but throughout it’s played with the passion and intensity of a band recording their debut. It’s really in the album’s content in which this experience shines through, a distrusting, misanthropic view on modern life’s imminent implosion, manifested in an album that sounds utterly furious. In that respect, Nihilist serves as the perfect opener, a raging blast of pummeling riffs and drums, with Sam Carter’s guttural screams making it even more incendiary.

But heaviness alone doesn’t make a great album. Where All Our Gods Have Abandoned Us finds its feet is in its layers, piled on top of each other for a dense, hugely engrossing sound. In terms of actual technical composition, Architects have made an album that stands head and shoulders above what any other metalcore band has put out in the last few years. It’s largely due to the inclusion of synths all the way through the album, adding a touch of poise and elegance, but never distracting from the lyrical purging. All Love Is Lost conveys its power through atmospherics and Carter’s vocals at their most emotional and distraught, while Gone With The Wind feels a lot more windswept and has a lot more room to breathe in its combination of scattergun riffs and ethereal synths. The end product is truly incredible – an album that keeps its raw heft and viciousness, but still sounds like it could fill the biggest of venues.

That’s the thing about Architects – for a band as deeply entrenched in metal’s ‘mainstream’ as them, All Our Gods Have Abandoned Us pushes their already straining boundaries even further. For each relatively straightforward blast of semi-melodic fury like A Match Made In Heaven, they still make up the minority of what this album has to offer. And in both lyrical and instrumental terms, this album has a lot to offer. For a band on their level, it packs a far more vitriolic sentiment than many, highlighting, dissecting and calling out the infuriatingly prevalent corruption of the 21st Century in the likes of Phantom Fear and Downfall, which practically froths at the mouth with rage. And with an instrumental framing as diverse and powerfully engrossing as theirs, it’s an album with virtually endless strains to follow and pick apart.

But the true jewel in this album’s crown is the final track Memento Mori, eight minutes of perhaps the best, most diverse music Architects have ever created – glitchy electronics and mournful vocals open, before building into crashing, melodic guitars and savage vocals and reaching its absolute peak at the eruption of blastbeats over a sweeping, classical score. It’s a true journey from start to end, reaching an ambitious and expansive territory in a way that no other decent sized bands have. And that could really be a description of Architects as a band, working on their own terms for incredible final results. All Our Gods Have Abandoned Us is exactly that. It’s the culmination of every ounce of talent this band have being fully realised at the level they can achieve, and is pulled off with a stupendous level of force, power and passion. Where they go next is anyone’s guess, but after this, they’ll be able to pull it off, no questions asked.

For fans of: Periphery, Northlane, TesseracT
Words by Luke Nuttall

‘All Our Gods Have Abandoned Us’ by Architects is out now on Epitaph Records.