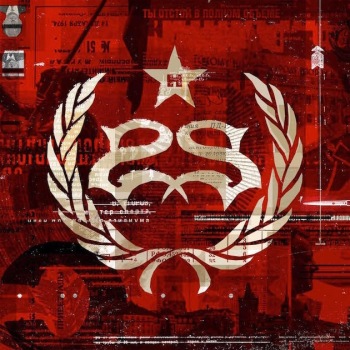 Ever the shrinking violet that he is, Corey Taylor has recently become involved in a spot of beef with Nickelback’s Chad Kroeger after he described Stone Sour as “Nickelback-lite”. Now, anyone who’s ever listened to a full Stone Sour album or heard the extremities they’re willing to go to will know that’s far from true, but to play devil’s advocate, you can kind of see where he’s coming from. After all, Stone Sour’s biggest crossovers like Bother and Through Glass have fallen into mid-tempo alt-rock ballad territory, and they are, by and large, a singles band above all. For as inconsistent as Taylor’s other band Slipknot have been in the past, Stone Sour have frequently climbed a few rungs above them in the regard.

Want proof? Just look at Hydrograd, fifteen tracks clocking just over an hour for a package that stands as Stone Sour’s flabbiest, most difficult release to date. But still, with the highlights that are here and with Taylor being as good of a hard rock vocalist as he is, it’s still not that bad overall. That’s almost all down to the level of musicality that’s here, and the fact that Taylor is such a huge, bellowing presence behind the microphone that it elevates even run-of-the-mill songs into passable territory. He’s always known his way around a monster chorus, and if it wasn’t for that, there’s the distinct feeling that tracks likes Taipei Person / Allah Tea and Friday Knights wouldn’t nearly hold up to the standard they do. But again, it’s to Stone Sour’s credit that they’re able to make this sort of streamlined hard rock work to the extent it does. Fabuless and Song #3 still connect easiest and with the most force to prove themselves as worthy lead singles, and even beyond the bounding hard rock of these tracks, Stone Sour are pliable enough to push themselves in different directions effectively, whether that’s raucous radio-metal on Knievel Has Landed and Whiplash Pants, or soft, country-tinged patter on St. Marie which fits the role of the intimate slow number that feels slightly token but engaging all the same.

But bringing up tokenism of any kind will ultimately lead to a discussion about diversity, and especially within its own confines, this is the area where Stone Sour struggle the most here. For as much categorisation that can take place with these tracks – more traditional hard rock cuts; tracks that draw on a greater metallic edge; a handful of more expansive ballads – these aren’t mutually exclusive, and as such, a lot of Hydrograd begins to bleed together. This isn’t necessarily a bad thing in itself – both Song #3 and The Witness Trees are pretty terrific power ballads that still retain some harder muscle – but  when the problems begin to pile up, the slow-down really begins to take hold, like the clanking riff to radio-rock switch-up of Rose Red Violent Blue (This Song Is Dumb & So Am I), or When The Fever Broke, which meanders for its six-and-a-half minutes and sees the album fizzling out rather than reach an effective conclusion.

With that in mind, it’s somewhat ironic that Taylor describes himself as “a rock ‘n’ roll Han Solo” on Somebody Stole My Eyes, implying a sound that’s roguish and rebellious, not Stone Sour going through the motions with scattershot results. Even with the highlights that are fairly easy to pick out, Hydrograd feels primarily functional and little else. It’s little surprise that Stone Sour can’t keep up the momentum across fifteen tracks, but a valiant effort deserves some recognition, even if it doesn’t always pan out. Regardless, Hydrograd isn’t a bad album, but it’s one that’s shooting too high, trying to achieve a level of success that it can’t reasonably reach. It’s not “Nickelback-lite”, but you’d be hard pressed to say it has a distinctive Stone Sour sound either.

‘Hydrograd’ by Stone Sour is out now on Roadrunner Records.