In theory, the presence of The Algorithm within tech-metal makes a lot of sense. After all, as a sub-genre, it’s frequently cold and mechanical by design in its execution, so […] 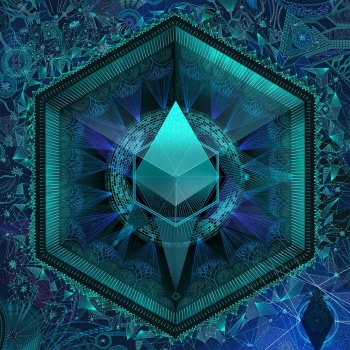 In theory, the presence of The Algorithm within tech-metal makes a lot of sense. After all, as a sub-genre, it’s frequently cold and mechanical by design in its execution, so why not cut out the middleman to derive most of the sound from synths with a drummer for backup? It’s placed Rémi Gallago as one of the scene’s most interesting figures, leaning heavily towards electronic music as a basis while keeping the pummeling sound tech-metal has become known for, only minus the vocals for what borders on a cinematic experience. It’s definitely served him well too; Compiler Optimization Technique is his fourth album through these means, and with a decent niche already carved for himself (not to mention the ever-increasing crossover that synthwave has that’s accepted more electronic music in rock spheres), it’ll be interesting to see how much further he can go with a decidedly unique permutation like this.

On the other side of the coin though, there’s the problem that’s often faced with The Algorithm’s releases, namely that, beyond the initial thrill and novelty of synth-driven tech-metal, they tend to run together a fair bit, and with how long these albums have historically been, it can be somewhat of a chore to get through one in its entirety, rather than dipping in and out for individual pieces. With Compiler Optimization Techniques though, it definitely looks like some action has been taken to remedy that; it’s only five tracks after all, and lengthening them rather segmenting the runtime with more, shorter cuts allows fewer ideas to be developed to a greater extent. There’s a greater degree of flow to tracks like Cluster and Superscalar to build a wider canvas, allowing the more conventional tech-metal elements and Jean Ferry’s nimble drumming to blend with Gallego’s electronics to a greater extent. What’s more, it opens up the option for a more imposing soundscape that’s been touched at on The Algorithm’s previous albums, but is allowed to really extend here, like on Fragmentation and its buildup from rumbling synths and trap skitters to crunching tech-metal riffs and a buzzing, static-corrupted solo. In a way, it’s almost a better approximation of what Gunship tried on Dark All Day earlier this year, condensed down into fewer ideas but giving them more room to grow and evolve.

It’s not like all of The Algorithm’s stubborn issues have been miraculously solved with one album, though. As a full body of work, Compiler Optimization Techniques may be slightly more consistent in terms of flow, but it hasn’t really helped with the problem of memorability, something that’s been a consistent thorn in all of The Algorithm’s releases and hasn’t gone away here. If anything, the longer track length makes it even easier for this one to slip in and out, and while there are still moments of cool ideas that break through and really grab the attention, like the pulsating electronic interlude on Binary Space, the general obfuscation that clouds virtually every moment here is hard to get past. As exhilarating as the idea of a hybrid between darkwave floorfiller and dystopian cyberpunk warfare may sound on paper, it’s rarely only background noise here, and fades just as quickly.

That’s been a consistent problem with The Algorithm’s work as well, and if it’s still appearing four albums in, it’s likely never going to be resolved by now. It’s an idea to just take it out of the equation entirely, but that wouldn’t be judging everything that’s on offer, and while this is still a better album regardless, it would feel disingenuous to accept this as the pinnacle of what The Algorithm can achieve. They’re definitely making slow steps to reaching that point and that’s appreciated, but this is largely still a case of impressive ideas bogged down by an execution that doesn’t do them justice in their entirety.

For fans of: Celldweller, Animals As Leaders, Perturbator
Words by Luke Nuttall

‘Compiler Optimization Techniques’ by The Algorithm is released on 2nd November.