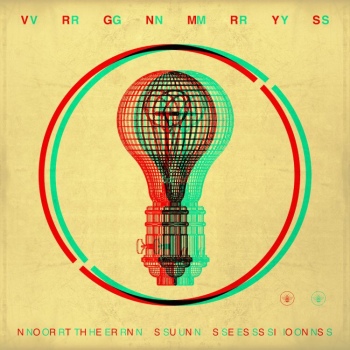 As arduous and frustrating as it can sometimes be, it’s seemingly a necessary evil to compared bands to those who came before, not only in terms of sound but how they fill their roles within certain scenes as a whole. With that being said, The Virginmarys tend to fill the role occupied by bands like Feeder or the Stereophonics in the ‘90s – by all technicalities, they fall into the larger British rock scene, but couldn’t be less concerned about what goes on at its epicentre. That’s not necessarily a bad thing – both of those bands have achieved enormous success because of it – but it can often lead to a rather vanilla listening experience, held together by very traditional rock ideals and little else. It’s where the deliberately pejorative categorisation of The Virginmarys as a pub-rock band comes from, in that they make music that’s consistently pleasant and inoffensive, but muddied by the definition of “timeless” getting mixed up with “boring” or “old-fashioned”.

It’s unfortunate, but hardly unfair; up to now, The Virginmarys have never wowed with their music, nor have they come out with anything that surpasses sufficiency at the very most. That being said though, Northern Sun Sessions feels like a marked improvement from their past work, not exactly deviating from what they’ve done in the past but injecting it with a bit more life to seem a bit less humdrum and colourless. There’s a greater emphasis on the raggedness of Ally Dickaty’s vocals on tracks like Eye For An Eye and Flags that’s decent enough at at least edging away from the very middle of the road, while Blind Leading The Blind and Wanna Be Free play with an aged, gruffer indie-rock dynamic that can be trigger-happy with the nostalgia (the musical callbacks to Britpop jangles embedded within could be toned down a bit), but ultimately arrives in a comfortable lane for The Virginmarys to progress with. The trade-off between gritty, greasy sneers and straight-laced indie-rock is probably the best this band have executed to date, and easily the most compelling.

That’s not to say that Northern Sun Sessions is a home run though; it’s an unequivocal improvement, sure, but the retention of a handful of unwelcome Virginmary-isms is the impervious barrier that prevents them from going any further. For one, the production still does them no favours, holding on to the sludgy textures of old that can’t quite shake pub-band notions a lot more withered and creaking than they should. Get Me Back Home is probably the best example of this in an attempted country-rock strut that feels horribly muddy, as well as Dickaty’s vocals which, while not quite as insufferable as Liam Gallagher’s nasal groans, don’t offer much more. They largely feel like unnecessary barriers to what could be a much better album, but they do pile up, and when production that could be a lot tighter and an execution that could do with some more nuance are paired with lyrics that don’t have a ton of depth or flavour, the faults in Northern Sun Sessions become unavoidable.

Even so, there’s definitely merit to the claim that this is still The Virginmarys’ strongest album to date, largely through more engaging instrumentation and tentative steps towards some firepower that have previously been dimmed at best. It’s quite clear to see that they’re not all the way there, and they’ll probably have to quicken the pace in terms of where they decide to go next time, but it’s a start that they’ve previously never made, and that’s worth all the credit that can be given to them. It’s not fantastic, but Northern Sun Sessions’ enjoyable moments have enough going for them to warrant even a curious listen.

‘Northern Sun Sessions’ by The Virginmarys is out now on Masochismo Records.