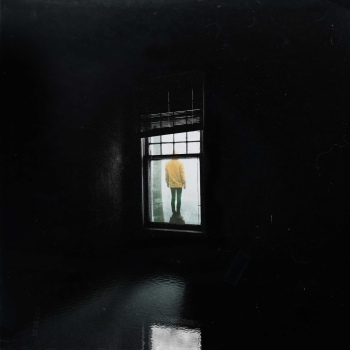 Even if it wasn’t the greatest display of a new band finding their feet, there was a good deal about wars’ debut album We Are Islands, After All that suggested it should’ve done more for them than it did. For as unashamed and unavoidable as the lifts from numerous modern hardcore and metalcore acts were, the overall result was definitely competent and not without moments of fire, something that didn’t seem to resonate as readily as it might’ve been expected to. Not right away, at least, and while the fanbase was steadily being built up following the album’s release, wars’ biggest break to date arguably came last September upon being chose to open Progress Wrestling’s show at Wembley Arena. Topped off with their most recent singles showing a definite improvement and tightening of their formula, the direction that wars are heading in at the moment is definitely encouraging, now with their new EP As Within /// So Without to test the newfound refinement in a more structured environment before their second album later this year.

And even from just four new tracks, there’s plenty of evidence that wars have been galvanised by a considerable degree, even if they’re not quite ready to step out of the shadow of their influences just yet. The winds of While She Sleeps’ knack for barn-burning ferocity paired with towering melody are certainly not faint, nor is the focus on insular, cathartic writing in the vein of bands like Beartooth, but it’s a lot more tighter here than previously, to the point where any strengths are highlighted to an even greater degree. Even the simple construction of this release as an EP benefits here, slimming everything down for maximum efficiency and as little waste as possible. A track like Scorn And Fidelity just feels so much bigger and more imposing in the way it doubles down on size and impact, and apart from some frustrating patchiness on On Being More that feels remarkably out of place, it appears to be the new norm.

Of course, there’s still room for improvement – the proximity to numerous other British hardcore acts is something mirrored in the lyrics as well as the instrumentation and takes some points away in terms of individuality – but this definitely feels like wars coming into their own as a band. What’s more, it’s clearly an enhancement on the best of what was present before above anything else; Rob Vicars is still a powerhouse vocalist with the rafter-rattling shouts that are only emphasised by a production job reserved for creating arena-level atmosphere while keeping all the crunch and heft of the material intact. It’s definitely in line with the rest of the scene mechanically, but there’s really no need to change when it’s done this well, and leaves As Within /// So Without sounding as formidable as it does.

It’s about as confident and competent as a next step needs to be for a band whose main issue was a lack of real refinement, something that’s well on the way to being rectified here. Even as what amounts to little more than a prelude for their sophomore full-length, As Within /// So Without has nailed down exactly what wars are best at for them to run with, as well as moving ahead at a reasonable pace where there are still avenues to go down, but the final outlook is taking much better shape. Perhaps more than ever there’s a cause to get excited about what wars are doing, because they’re certainly making the reasons clear.

For fans of: Blood Youth, While She Sleeps, Beartooth
Words by Luke Nuttall

‘As Within /// So Without’ by wars is released on 25th January on A Wolf At Your Door Records.