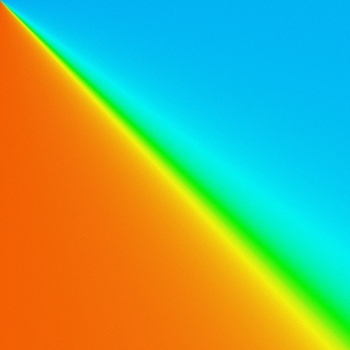 For an example of nuanced artistic growth, Frank Carter has stood head and shoulders above so many who’ve undergone similar processes. That’s hardly a revelation given how many times it’s been brought up in this exact context, but to immediately follow on from the snarling misanthropy of Gallows with the line “I’m so sick of singing about hate” felt like a dramatic overcompensation that only feels more jarring in hindsight. Granted, Pure Love folded quickly enough to show that not singing about hate wasn’t a beneficial move, but even with returning to the old well with Frank Carter & The Rattlesnakes, a different approach was taken that really worked. This was a more sophisticated, malevolent hatred, one fitting of an older artist for whom blind fury could come across as disingenuous, and at a time where simmering, overcooked tensions were the norm, it felt like the best move Carter would make. But for as good as it was, crossing over into mainstream rock in the way that The Rattlesnakes did never seemed on the cards, and yet it happened; for as often as Gallows were framed as the lairy antithesis to anything even in that general vicinity in the 2000s and early 2010s, here was their former frontman with the exact same attitude and energy taking it so much further. And given just how much success that has yielded so far (just look at their Reading and Leeds billings for this year), there was always going to be excitement around End Of Suffering, particularly when lead single Crowbar felt like more of the same in the best, most effective way possible.

But then there’s that title End Of Suffering, the proverbial sword of Damocles reigniting memories of Pure Love that, at a point that’s seen Carter find his footing in such a natural way, feels like a rather uncomfortably tight U-turn into choppier waters of placidity and severely diminished firepower. It’s hard to begrudge an artist being at a more positive place in their life, but with someone like Carter in particular, it’s always been an awkward position to stand in, and End Of Suffering gives the impression that he knows that. Here, the anger is present behind the eyes, emerging from latency every once in a while as a reassurance that it’s still there, but largely making way for sentiments of positivity that, when attempted to merge with its diametric opposite, can feel rather clumsy. It’s not something that’s ever been an issue for Frank Carter & The Rattlesnakes before, but for fleeting moments of intensity that do materialise, End Of Suffering can be a rather trying listen for the difficulty it has connecting.

It’s not like that as an idea can’t work at all, but it’s rather telling that End Of Suffering’s best moments come in the fuller embrace of The Rattlesnakes’ roots, or a brand of carnality that comes much more naturally overall. With the former, there’s Crowbar and Tyrant Lizard King, both of which find solace in rage whether it’s in response to creative stymieing or simply as a more primal reaction, while the latter feels best embodied by Kitty Sucker, bringing a sense of physicality to the sort of relationships described on 2017’s Wild Flowers, though ripping out that song’s wiriness for sordid, sleazy garage-rock malevolence. This is the Frank Carter that feels the most natural, embracing rawer emotions on a purely guttural level, something that’s been oddly turned down on this album in a creative move that can feel as though it’s running on half-measures. For all the intensity that could come from Angel Wings or Latex Dreams where substances end up plugging the holes in a damaged, broken lifestyle, emphasising a more subdued state of vulnerability feels counterintuitive, if only because so much more could come from it. It’s the same case with the closing title track, which goes for bleakness and desperation in its tones, but always tries to shunt itself towards becoming an ode to Carter’s daughter. Again, there’s nothing wrong with an artist finding themselves in a better place mentally, but the way that it’s portrayed here lacks an elegance that could’ve made it work if it didn’t feel so much better suited for darkness and negativity.

And that does largely feel like the work of the instrumental pallet used here, opting for a less-is-more approach that conveys darkness well, but feels like the primary seam left exposed when trying to piece all of this together. Again, it falls to both Crowbar and Tyrant Lizard King to provide the most cogent examples of how this works, taking low-slung, snarling riffs with a methodical yet grimly propulsive thud (not to mention some guitar contributions from Tom Morello in the latter) to foster a sense of darkness that has suitable momentum to skulk and seethe when it needs to. Take the content out of the equation and that’s the case for much of this album; there’s a pleasant thickness to the punked-up grind of Heartbreaker and Kitty Sucker, while the morose guitars of Anxiety and the almost industrial grind of Angel Wings bring some genuine menace to the table that really does feel like a bold move. Even with Carter himself, who feels much more at home with a smoother clean vocal style that still lets the ragged edges shine through, there’s a sense that this album could and should bring more of a darkness to fully benefit itself. Even with the sonic slimming down, this feels like a rather natural progression that’s been made sonically from The Rattlesnakes’ last two albums, and to have that paired with such a dramatic change in lyrical and thematic tone can make for a rather jarring listen.

It leads to an album that feels as though it has good ideas within it, but as far as executing them goes, the end result feels unnecessarily jumbled when it could’ve been a lot more streamlined. It certainly doesn’t help that there are glimpses of that end result within this very tracklisting, and when the inroads towards similar results feel so clearly laid out, End Of Suffering feels like a lot of missed opportunities that are unfortunately hard to look past. It’s definitely not bad – Carter has the sort of command of his creative vision to bypass that altogether at this point – but it’s lacking, and for a band like Frank Carter & The Rattlesnakes who’ve stood so staunchly as one of modern British rock’s most reliable and exciting paragons, that can be tough to take in.

For fans of: Fangclub, Turbowolf, Tigercub
Words by Luke Nuttall

‘End Of Suffering’ by Frank Carter & The Rattlesnakes is out now on International Death Cult.