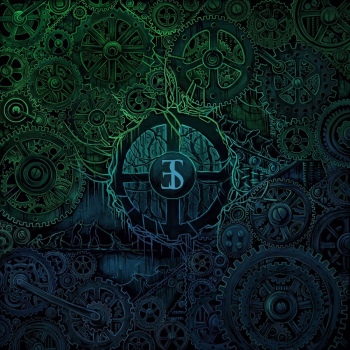 It feels appropriate that Employed To Serve are releasing this album now, just a week after the ten-year anniversary of Gallows’ Grey Britain. That album is still heralded as a classic in UK hardcore and, indeed, hardcore in general, a scathing, incendiary commentary on a country strangled by austerity told from the perspective of the young people who would be affected by it the most. That was the album that really solidified Gallows as the hardcore heroes of their time, and now, a decade later, Employed To Serve are ready to make their bid for the title. That’s not some glib buzz-phrase either; this is a band who’ve been on the cutting-edge of UK hardcore for the last few years now, reaching a high point with 2017’s The Warmth Of A Dying Sun that solidified the notion that, in a scene full of talented and proficient hardcore bands, Employed To Serve were ultimately the favourites to become something truly special. Yes, it is a remarkably similar progression to the one Gallows made, only now swapping out the credit crunch for the bleak quagmire of Brexit and the new wave of uncertainty it’s created as the driving force that could see Eternal Forward Motion become the next classic in the genre.

It’s almost like a fairytale-esque ascension out of the abyss, and yet it’s all too fitting for a band like Employed To Serve. They’ve been among the key players when it comes to bringing savage, punishing hardcore out of the underground and onto a bigger stage, and Eternal Forward Motion feels like a culmination of their efforts in the most spectacular way possible. This isn’t an album looking to push boundaries sonically, but the grief and catharsis that’s so deftly conveyed by it manages to circumvent any such criticisms, and that can be a wonderful thing when done as right as it is here. This is a hardcore album that has its eyes set to kill, and it’s close to one of the best of the year because of it.

But that’s not exactly a revelation or anything. That’s been Employed To Serve’s calling card for years now, but it’s impressive that Eternal Forward Motion still feels like a step forward in that regard. Theirs is an approach to hardcore that has a leanness and bloodshot violence to it like on the mathcore flurries of Dull Ache Behind My Eyes, but they’re able to cultivate that into something that feels a lot more methodical and hard-hitting. The low-slung, carving grooves of Harsh Truth and the rampaging stomp of Reality Filter exemplify this the best, still coming out with curt blasts of anger that pack one hell of a punch, but letting the impression linger and ferment through teeth-rattling bass tones and guitars that sound positively carnivorous. Then there’s Justine Jones, and while she’s frequently been placed among the new crop of hardcore superstars-in-waiting, Eternal Forward Motion feels like her most competent and complete performance to date, with a vocal style that feels strained and rough-hewn, but uses that to its advantage to avoid any pejorative connotations. It adds to the feel of abrasion that this album is so masterful at cultivating, and while it general some of the harsher angles of their previous work do feel sanded back just a tad, what they’ve been refined into has so much more power. This is an incredibly refined album in almost every sense, and carving off the remainder of whatever little dead weight was left has only improved their approach even more.

That’s a good thing to note as well, mostly because, for an album like this that could get by on pure, reckless anger and still find one way or another to hit its targets, to see the aforementioned refinement play such an integral role deeper down in Employed To Serve’s music really does pay off handsomely. The examination of broken, lethargic spirits in a world that seemingly wants to keep them that way feels timely, sure, but the underlying core idea yields the best results; the idea of eternal forward motion is an inherently depressing one, with progress being defined by soulless monotony that doesn’t feel beneficial to anyone or anything, and when an oppressive weight bears down on every step of that journey, and the path is fraught by those who only intend to make it more difficult like those spouting noxious ideas and hate speech on Force Fed, it represents just how much of a strain that journey can be. And yet, the final message of this album does feel like on of positivity, with Bare Bones On A Blue Sky playing to lighter, more anthemic tones to underscore the proverbial light at the end of the tunnel, where the good things in life ultimately make powering through the hardships worthwhile.

It’s about as strong a closing note as this album could’ve had, and even if it can be feel the tiniest bit overwrought amidst an album defined by its realism, that’s one black mark on an otherwise excellent piece of work that sees Employed To Serve primed to take up the mantle for UK hardcore’s best. This is undoubtedly the album that was always going to get them there – bigger and grander without losing any of its fire or intensity – but even by those standard, Eternal Forward Motion feels like an enormous victory for British music of all stripes. The door is wide open once again for anyone to come through and allow the scene to flourish once more, and seeing as Employed To Serve were amongst the ones leading the charge last time, it’s only fitting that they do it again.

‘Eternal Forward Motion’ by Employed To Serve is released on 10th May on Spinefarm Records / Universal.