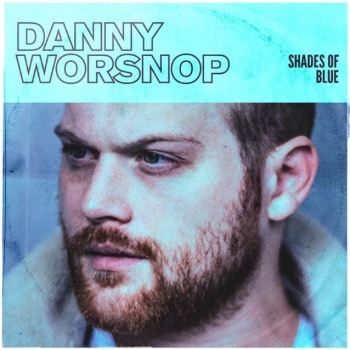 It’s always been easy to respect how dedicated Danny Worsnop is to his craft, regardless of how unfashionable it may prove to be. His was clearly the influence that took Asking Alexandria down more interesting, hard rock-oriented directions of From Death To Destiny and their self-titled album, a move which proved divisive to no end, while making a big, brazen glam-metal band with We Are Harlot was never going to be the most profitable of moves in 2015, but he did it anyway. Topping all of that, though, was 2017’s solo album The Long Road Home, serving as a sharp swerve away from both metalcore and hard rock into country that turned out to be as messy and scattershot as could’ve been predicted. Just because it’s easy to respect Worsnop’s creative decisions doesn’t necessarily mean it’s easy to like them, and The Long Road Home proved that in spades by being an unfocused and generally forgettable listen overall. And yet, here’s Shades Of Blue, going down the same solo route with largely the same musical ideas in tow, and hoping to come out with something that can actually justify Worsnop’s forays into country. Obviously skepticism is a factor, particularly after last time, but it’s worth giving him the benefit of the doubt; stranger things have happened, after all, and at the very least, the drive to make something from this sound is there.

Despite all of that though, if there’s one album that proves that this endeavour should probably remain a side-project and not much else, it’d be Shades Of Blue. That being said, it’s definitely an improvement upon Worsnop’s previous solo effort, scaling his focus down on a sound that’s much more consistent without going off on tangents, but playing to some rather safe, staid ground doesn’t leave as great an impression as it could, and while Shades Of Blue ends up as a solid, perfectly listenable album, that’s about all it is.

There’s still merit in that though, especially when Worsnop does a rather good job at capturing the warm, burnished atmosphere that country and country-rock in this vein really does thrive on. The moments of broader goofiness haven’t totally been swept away, as shown by the sleazy horns of Best Bad Habit or the taut disco strut of Keep On Lovin’, but on the whole, this feels like a much more straight-laced affair. It’s largely stripped-back and mid-paced with a nice sense of earthiness that comes through in the production, and even when that’s given a bit more sheen like on the sweeter guitar licks and bass of Little Did I Know, it’s all pulling from a safe, stable middle ground within country. That’s not exactly to its detriment though, particularly when its influences coalesce into big power-ballad swells like on Heaven Is A Long Way Down, or bring in some heavier southern-rock muscle on Am I A Fool. It’s all great as a backdrop for Worsnop to show off his vocal talents, which do tend to stay in a mid-range between gruff and some slight sweetness, but the opportunities to move the needle either way are pleasant to see, like the roaring, winking swagger on Best Bad Habit or a tone that’s more explicitly vulnerable and damaged on Tomorrow and Tell Her I Said Hey. It’s all rather standard stuff, truth be told, but this does feel like a more focused decision overall, and it’s easier to see the benefits of that instrumentally virtually across the board.

It’s just a shame that the writing doesn’t really follow suit. To be fair, the goofiness that could make some of The Long Road Home rather hard to stomach has been turned down considerably, and compared to other country artists and their binary of southern pride and one-dimensional emotionality, Worsnop does have a better range, but it’s hardly an enormously diverse listen that really digs into those deeper personal crevices. The closest it comes to that is probably Tomorrow where Worsnop contemplates a future breakup in order for his partner to have someone better than him, but even then, the trade-off between magnanimity and his own pride can come across as accidental at best. Otherwise, this is a rather rote list of broad topics delivered in a way that isn’t unlikable, but doesn’t have a lot of flavour or interesting turns beyond the usual. It’s what makes Shades Of Blue’s existence as a side-project feel so clear; there’s no grand ambition to deliver here, and in what is actually here, that shows for the most part.

That’s not to say it’s bad – it’s certainly a step in the right direction when it comes to Worsnop’s forays into country – but it’s not exactly all that necessary either beyond some quick enjoyment for existing fans of the genre. It’s what’s ultimately feels most commendable about something like this and how Worsnop is following his own creative passions rather than what’s most profitable, but that doesn’t necessarily translate to great art in the process. It’s easy and enjoyable, for sure, but to expect Shades Of Blue to offer much more would be putting too much stock in what an album as deliberately low-stakes as this can achieve.

‘Shades Of Blue’ by Danny Worsnop is out now on Sumerian Records.