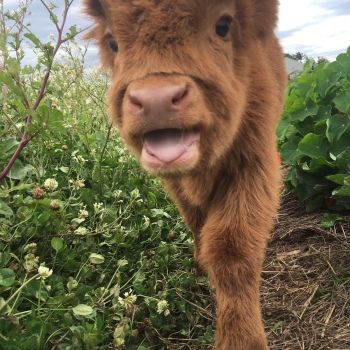 It was always going to be interesting to see where Black Surf would go next, especially with the rather lengthy gap that’s been left since Let’s Pretend It’s Summer in 2016 served as an unshakably solid introduction to their Weezer-worshipping garage-pop. Even back then, early indications were that they had the knack for a great, sunny melody locked down, something that undoubtedly would snowballed into much more if it wasn’t for their rather long absence that failed to see much of anything materialise. Clearly the plan is to make up for lost time though, having grown into a three-piece since then with plans to release two individual EPs this year to establish where in the current indie-rock landscape they fall.

If that’s the case though, Make Friends doesn’t really nail anything down in that regard as much as it asserts that Black Surf have the ideas and assets at their disposal, but are struggling to really put them together. What’s here definitely feels like a step back from how pleasingly straightforward Let’s Pretend It’s Summer was, if only because the rock-solid melodic core has been pared back for more experimentation that will certainly open new doors going forward, but only when it’s cultivated more than it currently is. Right now, Black Surf have assembled a solid collection of ideas, though not a great deal else.

That’s probably best exemplified in the closer Major Regiment, with its buzzing synths and shrunken, downbeat guitars that struggle to thread together on their own, and only improve marginally when bulked out by the big indie-grunge climax. There are certainly greater stabs at diversity here, experimenting with greater degrees of modulation in a wider breadth of sound, and while the ambition is admirable, it’s hard not to think that Black Surf are shooting above their station at points. That track alongside the fragmented, slow-to-start opener Into The Night might eventually crystallise into sharper, punchier grunge tracks that do a much better job at culminating each element, but it takes a rather unnecessarily long teething period before they get there, and that can be remarkably distracting and disorienting. It says quite a lot that both Open Fire and Eleven Dando (Good Time), the two tracks that have changed the least in sound overall, stand the tallest; they mightn’t innovate a great deal, but their directness is something that benefits Black Surf so much more. It highlights the nasal, hangdog bleat of Ali Epstone in the best way, as well as offering the most concise pairing of their pop melodies with darker writing that still manages to feel like a progression. On the whole, there’s definitely something much more solid gestating within this EP, but beyond that half of it, any evidence is resigned to brief flashes.

And that isn’t necessarily a terrible thing, if only because it serves as a working document of how Black Surf are trying and where about they’re looking to go to next. Make Friends feels like a way away from the finished article, but the seeds of something really satisfying and buried within it, and it does feel as though the band are cultivating them at their own pace. It’s why the inclinations to give this EP a pass are as prevalent as they are; this certainly isn’t bad, but when they hit their stride, the evidence of something great from Black Surf is hugely apparent, even if more work still needs to be done to achieve it. On the whole then, this feels like a worthy prelude to that second EP, where hopefully Black Surf will come into their own a lot more fully.

For fans of: Weezer, Charly Bliss, The Lemonheads
Words by Luke Nuttall

‘Make Friends’ by Black Surf is out now.