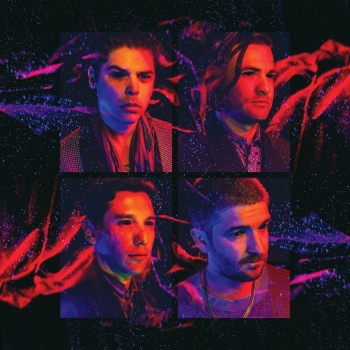 An interesting experiment to carry out with Plague Vendor is to see just how long each hype cycle around them lasts. For a band who are frequently the recipients of enormous amounts of praise for both their albums and their live appearances – as well as being held among the shining lights of modern punk – that hype seems to dissipate rather quickly without much reason. The brevity of debut Free To Eat could certainly be an initial factor, but even with every further step taken to create a fuller, more robust sound, Plague Vendor seem to still get sloughed off to the side after their near-vertical upswing of acclaim has come and gone. And it’s worth stressing that none of this is their fault; when they are praised, it’s often justly deserved, and it’s just a shame that it feels so fleeting compared to others who are constantly thrust to the front of the line when Plague Vendor simply have to make do with what they can get.

Therefore, it’s not like their consistent stylistic evolutions are surprising. As good as Plague Vendor are and really always have been, the generally quick turnaround time with them would be enough to presume that they’ve been tweaking what they’ve got to ultimately find something that sticks, and By Night feels like the next logical step forward in that direction. It’s definitely something of a tamer album overall in its embrace of indie-rock tones and song structures, but it could also be described as Plague Vendor’s most complete album to date, dialing back some of the truly acerbic bite but still as lean and punchy as one would expect.

A key factor of that comes in the production from John Congleton, whose work has crossed into numerous genres in the past but brings a specific indie focus into the fold that fits into Plague Vendor’s punk exceptionally well. The scuffed, scratchy guitar tone feels like the easiest crossover between the two to lean into, particularly on a track like Nothing’s Wrong which Brandon Blaine’s more fluid, frenetic delivery feels like a natural counterpart for, but By Night is actually more varied than perhaps expected, with much of the punk feeling present in ethos above anything else. That’s not really much of a detriment though; Plague Vendor are more than capable of bringing their rough-around-the-edges charm over, and with the swirling, droning psychedelia of Let Me Get High \ Low or darting percussion grooves of Snakeskin Boots, there’s a distinct throughline that’s just a little looser this time around. Of course, that can lead to moving a bit too far out of turn, something best exemplified by Night Sweats and how it’s anchored in the leather-clad basslines of The Strokes with little else that really stands out. It also highlights more of a sonic equilibrium within Plague Vendor’s sound that’s less direct with its somewhat radio-ready leanings (something that the broader writing often matches with), and while that can feel a bit disappointing in the vein of a band compromising their sound to move further, that compromise isn’t nearly as damaging as it could’ve been, or has been to plenty of others in the past. This still feels like a band with total creative freedom, only moved into another lane that arguably broadens what they’re actually capable of. It might feel more limited with regards to intensity, but Plague Vendor get around that with impressive dexterity.

To some degree though, it’s easy to view By Night as a transitional album for Plague Vendor. They’re moving into a bold new phase of their career, and while any teething problems here have been pleasantly minimal, it still feels like there’s a bit more focus and refinement needed to really get the best out of this new direction they’re heading in. But still, this is all solid stuff, brimming with melody and a roughness that’s seen Plague Vendor get this far already, and is already integrated to a rather strong degree. There’s just a lot to like about this album in general, and while that mightn’t be all that surprising, seeing what other developments Plague Vendor have up their sleeves is going to be a thrill in its own right.

For fans of: The Strokes, Single Mothers, Radkey
Words by Luke Nuttall

‘By Night’ by Plague Vendor is released on 7th June on Epitaph Records.