Thinking about it, right now seems to be the perfect time for Lindemann to release a new album. For one, it’s the end of the year where everyone is undertaking […] 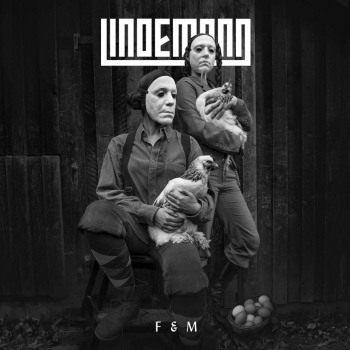 Thinking about it, right now seems to be the perfect time for Lindemann to release a new album. For one, it’s the end of the year where everyone is undertaking the final push to get their projects out the door, but in a year where we’ve already had a new Rammstein album, more material from Till Lindemann’s side-project that’s generally been deemed more of the same feels like a suitable second course to round things off. Of course, that’s not to denigrate how the efforts of Lindemann and Pain and Hypocrisy mainman Peter Tägtgren have turned out, but the obvious parallels between them and Rammstein have always been there in the industrial stomp and twisted sense of humour, only propped up against some lower stakes. And in itself, that’s fine; 2015’s Skills In Pills was about as enjoyable as a dose of Rammstein-lite comes, and there’s no real doubt that F & M can deliver the same results. The wheels have already been greased this year in terms of the frontman’s musical output, and the fact that Rammstein’s self-titled effort has only stayed solid over the last few months, if not outright improved, bodes well for where an album like this strives to go.

But let’s get the obvious out of the way first – yes, the fact that Lindemann has returned to sing in his native German from the English lyrics of Skills In Pills is the sort of thing that could make any doubter double down on the notion that F & M is merely pulling from the exact same sources as Rammstein, and thus cause the lack of inspiration to be even more prominent. And while it’s hard to deny that this album can be seen more or less as Rammstein by any other name, that doesn’t make it any less enjoyable. It’s worth remembering, after all, that the overall tone and sound of Rammstein leaves them open to widening their breadth more than most other contemporary metal bands, and Lindemann seem to embrace that notion here. The smaller scale works to their advantage, and between usual levels of charisma, macabre humour and sonic pliability, F & M is definitely a derivation but without any cut corners.

To be fair though, it’s not like Lindemann are following the same rubric letter by letter; there’s enough variation going off on rather acute tangents to make it abundant that this is indeed a side-project, but also that Lindemann are using the more recognisable Rammstein sound as a baseline more than anything. The industrial rumble of Blut and the arena-metal stompers Allesfresser and Gummi would have no problem in fitting on a Rammstein album proper, but the rattling drums and waltz cadence of Ach so gern and the opulent arrangements of Schlaf ein largely feel like independent ideas that – particularly in the latter’s case with Lindemann’s booming, almost theatrical delivery – have enough appeal on their own to stand out. It’s more a patchwork of ideas that rests adjacent to Rammstein than anything that could be seen as too direct of a lift, and while that really only hammers home the idea of this being a side-project and little else (something that, in all honesty, can betray a lack of ambition in tracks like Ich weiß es nicht), it generally feels like both Lindemann and especially Tägtgren in handling all of the instrumentation know what they’re doing. It’s not something that feels throwaway despite its lower ceiling, and when taken as a collection of songs above anything else, the compositional highs of F & M become much more apparent. There’s a lot to like about how tight and direct it is in the likes of the barnstorming electronic stomp of Platz eins, and given how deeply rooted in some phenomenally forceful hooks these tracks are, there’s a surprising accessibility here even with the rather staunch language barrier. In more ways than one, that’s one of the greatest comparisons to Rammstein that the actual musical output on this album has, and Lindemann do a lot to foster that throughout.

Of course, the general irreverence of it all is another clear parallel, and even if the rampant button-pushing has been eased back a bit – a lot of these songs started life in a play based on Hansel And Gretel, after all – tongues are visibly planted in cheeks throughout. When translated, it’s not hard to see the food imagery of Allesfresser as having some blatantly sexual undertones with all the deviancy that’s expected from a project featuring Till Lindemann, and following that with Knebel (literally translating to ‘Gag’) and Gummi which is all about having a fetish for rubber, it’s not even kept remotely subtle. It’s far from deep stuff, and although that does slide into over-simplicity on a track like Frau & Mann which feels disposable even for an album like this, you can tell that there’s a lot of fun being had that the execution makes all the more blatant. There’s no big, profound message being spouted, but to expect that would almost be missing the point; rather, F & M’s playing up of dingy, sleazy impulses has enough entertainment factor in its ludicrousness, and when given such a sizable platform, the results do speak for themselves.

It’s all really a testament to how applicable Lindemann’s approach to making music is, even if the end results don’t stray too far from their original source. It’s not like F & M is going to have the same longevity as the best of Rammstein after all, but as a more slight, confined release not looking to swing for the fences nearly as readily, there’s a great deal to like here. There’s a fun factor among all the sordidness that connects ridiculously often, and it fits with the bluntness in approach that’s not at all detrimental to what Lindemann are doing overall. A few misses along the way are inevitable, but with an established foundation looking to branch out even slightly, the amount of success that F & M has is genuinely impressive throughout. Even if it’s effectively guaranteed to be overshadowed by its older cousin from earlier this year, F & M is still worth paying attention to, if only to find a companion piece that’s just as entertaining.

For fans of: Rammstein, Emigrate, Deathstars
Words by Luke Nuttall

‘F & M’ by Lindemann is out now on Vertigo Records.