Skip to content
The Soundboard’s Worst Albums Of 2019
Features

The Soundboard’s Worst Albums Of 2019

In the first of 2019’s year end lists, we take a look at the bottom of the barrel of everything released this year – the worst albums of 2019. 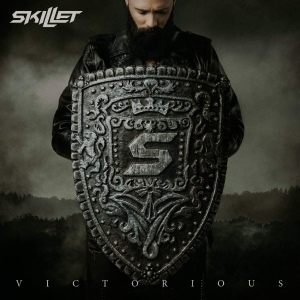 So Skillet released Victorious this year, and to the surprise of absolutely no one, it was awful. It’s not like it was awful in a particularly interesting way – more so the brand of awful that Skillet have turned into their calling card at this point – but the efficiency with which each element comes together on this thing is what turns it into a true stinker, as the bottom of the barrel of calculated butt-rock designed to rope in an audience that actually believes they’re more than walking dollar signs to this bunch of nobodies. And given that it wouldn’t be the Christian way for Skillet to just up and admit it, they’ve instead decided to double down on their own lack of inspiration and just add a new skin to pretty much every other turd they’ve released up to now. Then again – and like always – why would anyone expect anything close to quality from a band named after a frying pan?

Given Zac Brown’s hardline stance against the poppified direction of modern country music in the past, it’d be safe to assume to he’d among those to stand their ground and keep the traditional sound alive. But not only is The Owl demonstrably not that, it’s one of the laziest, most ill-planned attempts at sounding ‘current’ and ‘contemporary’ to be released this decade, let alone this year. Any shred of country instrumentation has been abandoned for the most basic, generic pop progressions, produced to sound as flimsy and sterile as possible, and topped off with lyrics that regularly flit between terrible, humiliating, hilarious or some combination of the three. It’s genuinely shocking how a band with this much clout and influence can kneecap themselves so hard that they can barely even breathe, let alone stand, but The Owl is a testament to how strong the shifting tides of country payola can be, to the point where even one of its staunchest defenders has fallen victim to industry vampirism and avarice. Truly embarrassing.

And speaking of bands without a shred of integrity or self-respect to them, here’s I Prevail continuing to make anyone who’s ever attested to them having promise look entirely too silly. Not only does Trauma see it fit to plunder the grave of overproduced, underweight metalcore in a way whose brazenness would be genuinely commendable if there was literally anything to appreciate about it, but tilting towards Hollywood Undead-esque rap-rock and radio-metal banality only sees the gallons of salt going into the open wound flow at even more drastic pace, as I Prevail complete the unholy trinity of hard rock directions that aren’t wanted, needed or liked by anyone with even half a brain cell. And yet they just seem to be getting bigger, to the extent where it might be worth investigating whether or not this garbage band is just a front for an elaborate money laundering scheme. Either way, I Prevail win, and thus everyone else loses. 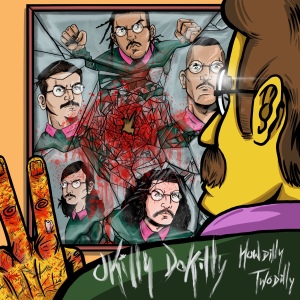 On concept alone, a band whose members dress up as Ned Flanders and base their entire musical oeuvre on quotes from The Simpsons feels cultivated from inception for a worst of the year list, but the fact that this is Okilly Dokilly’s second full album is a pretty inexcusable oversight when the first was one too many. And while it’s no surprise that this is absolute dreck from top to bottom, you’d at least hope that the actual music wouldn’t sound as amateurish and sloppy as it does here, pairing an already basic metal formula with utterly dire production and the overall feel of a meme getting way out of hand for a perfect storm of things that shouldn’t exist, but by some god-forsaken miracle hasn’t been smothered at birth. Even by including this album here, it’s giving this band an amount of promotion that they don’t deserve, but because ironic enjoyment is apparently a perfectly reasonable substitute for quality, this is here. As if it wasn’t easy to hate enough.

Was it ever going to be anything else? Was anything other than this festering skidmark on music as a whole going to be topped as the most wretched thing released this year? Say what you want about Skillet, but at least they’re keeping consistent; say what you want about I Prevail or the Zac Brown Band, but they’re trying to widen their sound; say what you want about Okilly Dokilly, but at least they have the semblance of an idea. ONE OK ROCK have none of that, and when that entire lack of inspiration, creativity or basic humanity is given a spotlight like that of Eye Of The Storm, it’s worth taking notice of how horrendous this all is. The production is over-sanitised mush; the lyrics feel like a checklist of clichés in a handbook of how not to write songs; the instrumentation doesn’t feel finished given the complete lack of any low end or even any noticeable bass; and in the execution, there’s no conviction or personality to speak of. It’s all of the worst elements of modern pop-rock amplified a thousand-fold and allowed to exist by some sadistic higher power that clearly wants to watch music itself crumble, such is the push that’s been offered to ONE OK ROCK when they clearly don’t deserve it. Thankfully Eye Of The Storm hasn’t seen even a fraction of that promotion, and given how utterly worthless it is, let’s hope it stays that way.

It’s easy to feel like Steel Panther were something of a media target this year – hordes of music journalists coming at the hair metal parody band with pitchforks sharpened and torches lit for doing the same shtick they always do might feel unjustified considering how long it seemed to have gone unnoticed. But listening to Heavy Metal Rules is a total slog, a dead horse beaten to a bloody pulp and still managing to make sexist ‘jokes’ in the afterlife. The whole existence of Steel Panther relied on their songs to be just as good as the ones they’re taking the piss out of, but despite members having the technical ability to make that happen (as shown in the early days of their career) the issue of quality seems to have been replaced with trying to cram in as much colourful language as a Family Guy episode, with just about the same degree of tact and abysmal success rate for their jokes. Let’s hope Steel Panther are holding boardroom meetings about which genre to pastiche next, because hair metal isn’t cutting it anymore. 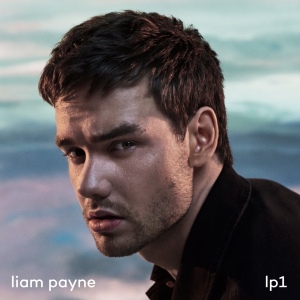 Has a more suits-orchestrated album than Liam Payne’s LP1 been released this year? Payne’s story is a perfect narrative – wanting to make more mature, modern music after a career in biggest Western pop band of the decade, all while getting tangled up in celebrity life. Easy artist to write an album for, right? His management have made sure to cram in plenty of risque to the point of cringeworthy lyrics about threesomes and having relations in the back of a car, as well as hit all the stops on the tour of popular music genres in 2019 to ensure at least a few hits, even tacking on a Christmas song to tie in with the record’s December release (you really couldn’t make it up). It’s so embarrassingly cookie-cutter it hurts – there isn’t even a song about Payne’s young son, which would make everything so much more believable. But it’s not, and all the backlash that’s this record has gotten hopefully bodes well for music like this in the future – listeners don’t want inauthentic, regurgitated chart fodder like LP1. Let’s just hope artists and labels are paying attention.

Twenty One Pilots may have single-handedly made cutesy acoustic pop-rap an attractive prospect for the first time ever with many copycats then ageing it immediately, but gnash brought any remaining hope for such songs crashing down this year. Newest record we is in the same vein as AJR, everyone’s favourite punching bag at the moment, but at least AJR have an air of naivety around them rather than the audible smug smile of gnash, confident that these are the most adorable songs you could ever hear as he simpers about lolling around in his pyjamas and singsonging about how he just might go insane soon. we is an album about emotions for kids, an aid for them to get to grips with the basics before moving on to much better music when they’re older that explores such concepts creatively. Bottom of the barrel stuff.

Yes, it’s an easy target.Yes, it’s what hundreds of thousands of people are choosing to listen to right now and we’re well aware we sound out of touch. But the sense of unease and urge to just turn off Lil Pump’s Harverd Dropout isn’t one that many of his peers spark. The supposed humour Pump uses to sell his tracks (and indeed his own image) is nowhere to be found, while his typical song lengths of around two minutes just heighten how garbled and monotonous his bars are, and when the most memorable song is I Love It, one of the most sexist of the year (featuring a very hypocritical Kanye West), you maybe have some reevaluating to do. Regardless though, people still somehow care about what Lil Pump and artists as vapid as he is do. Can we all just make a pact to leave music like this in the 2010s?

Who would have thought that in the year of our lord 2019, Madonna would be the one to release the worst album? Madame X is a supposed representation of the melting pot of cultures in the singer’s new home of Lisbon, all focused around a weak dystopian theme. Not an inch of this derivative mess feels even a little bit natural – it’s a clear cash-grab move to try and simultaneously bring Madonna to the attention of the reggaeton youth of today and the critics who focus in more odd releases. It’s such a wide net that unsurprisingly, Madame X is a sonic jumble sale. God Control features an interjection from an AI woman over an inexplicable tango instrumental, Future’s dancehall beat and Quavo feature could have been mapped out, and Dark Ballet is an absolute scream, going from a Nutcracker sample drowned out by an unintelligible vocoder verse that would make Tchaikovsky turn in his grave, to an undercooked philosophical monologue that feels more A-level drama performance than one of the most iconic pop stars to ever exist. The worst crime though, is that the solace in laughing even fades away towards the end, with the wannabe drama which solely consists of making sweeping statements about the world, its politics and its future (to the point of tonedeaf on Killers Who Are Partying) without actually saying anything swamps the record. And in the end, that’s what it comes down to. Hilariously-crafted songs are one thing, but having nothing of note to say with your music in 2019 is going to leave a worse taste in listeners’ mouths than anything else.