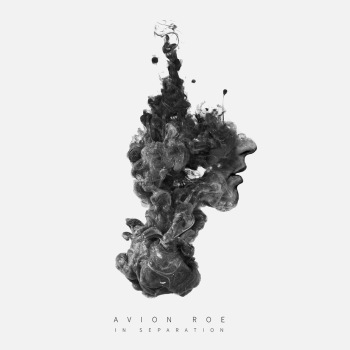 The reason that Avion Roe are probably going get more attention than others in their field is because they have a backstory. There are so many of these super-shiny, Warped-friendly alt-rock bands that the only way to stand out is with an extraneous factor like a slightly out-of-the-ordinary history. Basically, Avion Roe found themselves under the ‘next big thing’ arrow and subsequently fell away, before a guest spot from Sleeping With Sirens frontman Kellin Quinn on their track Into The Rest saw the spotlight hover over them once more. That’s pretty much the only noteworthy thing about them though, as on sophomore full-length In Separation there isn’t much there.

Musically, Avion Roe are in the same camp as Hands Like Houses in terms of polished alt-rock. But even with the tiny bit of bite that Hands Like Houses have, they still seem like rabid pitbulls in comparison to the doe-eyed puppies of Avion Roe. There’s such a wetness and dramatic over-earnestness to In Separation, exacerbated by its mercilessly emo delivery. It feels as though every facet of Avion Roe’s being has been tailor-made to appeal to the Tumblr generation – instrumentation polished to a mirror-like sheen, lyrics following the ’empowering’ template and in Evan Couture, a vocalist whose likely to go down as yet another scene heartthrob. And while this in itself isn’t inherently bad, a lot of Avion Roe’s make-up seems to have been taken from, fittingly, Sleeping With Sirens – wet, pompous and with a high priority of style over substance. This becomes most apparent on tracks like Sing Me To Sleep and Carving Flowers which, on the surface, seem fine with their blustery guitars and overall expansive presentation, but offer little more than dime-a-dozen scene balladry.

And therein lies the main problem. In Separation feels like an album that’s so in touch with the scene zeitgeist that it’s sometimes difficult to believe that this is a genuine product of passion, and not just a means of capitalising for a quick buck. Cynical maybe, but the way in which the likes of Violent Lights and Jettison Tears are presented fully fits in line with the kind of material that the masses like, namely emotional, cloying fare reductively branded with the ‘life-saving’ tag. And Avion Roe seemingly go out of their way to ensure every box that needs to be is ticked. June is the token sickly, acoustic ballad, When The Sun Burns Out fits the bill as the lachrymose, loved-up number, especially with Couture’s incessant cries of “Marry me”, and closer Mother Of Millions is a piss-weak, ridiculously heavy-handed attempt at social commentary.

Avion Roe would fare much better if they’d follow the direction of the album’s better moments. This Loneliness and Sins & Edicts are still as squeaky clean as the rest of the album, but they at least have a bit more body and drive to them, the former having a chorus that really surges along and the latter seeing Couture’s screams having a lot more punch and muscle. The production isn’t that bad either because, as unashamedly slick as it is, it at least keeps the album buoyed up with a more widescreen, expansive feel.

But as a result, In Separation feels distinctively empty. Its lack of power is really magnified by such a smooth exterior, and it feels like the weakest, most flimsy permutation of what this style has to offer. For all the criticism levelled at the likes of Pierce The Veil, they at least have some degree of ballsiness to propel them along; by comparison, Avion Roe feel completely toothless and profoundly uninteresting in their delivery. Because, as flashy as this album is, it doesn’t have anywhere need the intrigue to make a mark, and Avion Roe have very little to offer.

For fans of: Sleeping With Sirens, Hands Like Houses, One Ok Rock
Words by Luke Nuttall

‘In Separation’ by Avion Roe is out now on Epitaph Records.