﻿In a genre like metal, invoking sounds from the past can often get bands further than it will in most other genres. The number of hard rock or metal-adjacent acts […] 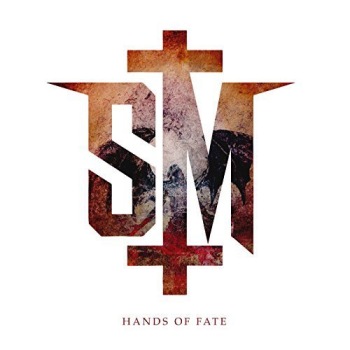 In a genre like metal, invoking sounds from the past can often get bands further than it will in most other genres. The number of hard rock or metal-adjacent acts who’ve found success simply by wholly rerunning an older sound is frankly staggering, and as the likes of Trivium’s Silence In The Snow and Avenged Sevenfold’s Hail To The King have proved, more established acts aren’t averse to testing the waters to see what it’ll achieve. The problem there, especially with those two albums, is that such a change is often looked upon unfavourably given the move from an established foundation that leaves some fans alienated, as well as those albums simply not being up to scratch for their creators. From an academic standpoint it’s a peculiar case study, and one that will undoubtedly prove interesting in the case of Savage Messiah. For all that their thrash roots achieved for them, time has seen the Londoners move to a more traditional heavy metal style, and like Trivium and Avenged Sevenfold before them, fourth album Hands Of Fate places both feet firmly in that throwback camp.

Perhaps what sets Hands Of Fate apart from those other two though, is that there still feels like a degree of urgency to what Savage Messiah are doing. The likes of Blood Red Road and Solar Corona mightn’t run on the same thrashing intensity as was once present in their sound, but there’s proficiency and a decent gallop to their gait, and there’s nothing that really feels watered down pretty much across the board. In terms of an album that’s so blatantly worshipping at the alter of Metallica, Savage Messiah do manage to hold onto that crunch and stomp on the likes of the title track that’s so integral to how this sound works, and there’s something of a youthful approach to their tactics that prevent it feeling as stale as Trivium and Avenged’s efforts did.

But that also raises the question of what this sound can actually achieve on the whole. For as in line with tradition as tracks like The Crucible are – and it’s worth stressing that they do feel like more of a celebration than a graverobbing session – there’s not a lot there to differentiate them from any of the myriad of classic metal throwbacks also doing the rounds, or a lot of the time, from other songs on this album. There’s nothing particularly bad here, and it certainly helps that a track like Last Confession finds something in the way of identifiability with some added acoustic passages, but for the most part, a lot of Hands Of Fate just seems to run together, and in terms of what Savage Messiah were hoping to achieve with a sound like this, that’s pretty unclear.

And while it’s tough to deny that Savage Messiah are at least good at what they do, it’s questionable how much replay factor Hands Of Fate will really have, particularly for those more deeply ingrained in the more old-school branches of metal. For anyone who’s interested, this is at least worth a look – Savage Messiah do capture that particular vibe well, and there’s enjoyment to be found here regardless, at least in pieces – but whether that look will bloom into anything more isn’t as nailed on.

For fans of: Metallica, Bullet For My Valentine, Avenged Sevenfold
Words by Luke Nuttall

‘Hands Of Fate’ by Savage Messiah is released on 27th October on Century Media Records.