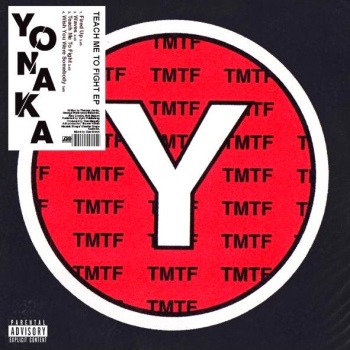 Indie-rock spheres have become fairly notorious in recent years for bigging their bands up to no end, only to drop them when the newest one to guarantee the clicks and streams comes around. Therefore, it’s no surprise that so many “next big things” are approached by the general public with so much caution; after all, if said spheres really had faith in these bands, they’d keep supporting them regardless of success, right? So that leads nicely to Yonaka, the Brighton quartet who’ve been in the firing line since their debut EP Heavy last year and who’ve been steadily building a decent-sized following around them, including the tastemakers looking to capitalise off their rocketing popularity.

Unlike previous holders of their position though, there actually looks to be something to Yonaka. A lot more, in fact, especially when it comes to Teach Me To Fight, an EP that’s only four tracks long, but is condensed down to offer some of the tightest, punchiest indie-rock that’ll be released all year. That’s quite the achievement too, especially given the habit that bands of their standing typically have of pushing a single track as the main one with the rest to pad an EP out. And with opener Fired Up, that could’ve easily been the case here as well, as the propulsive, electrifying slice of alt-pop perfection that it is, with Theresa Jarvis’ powerhouse vocals showing just how close she is to scene superstar status.

And true, nothing quite matches up to that, but it’s not for a case of not trying. In truth, Teach Me To Fight is exactly the sort of all killer, no filler release that great careers are built on, with Waves and the title track nailing the balance between scuzzy garage-rock guitars and cleaner, snappier production, and Wish You Were Somebody’s towering grunge still managing to impress, even as the weakest song here.

On the whole though, there’s really not a bad song here, as Teach Me To Fight wholeheartedly succeeds at whetting appetites for something more substantial down the line. Already, Yonaka have reached a position where they’ve got a handful of genuine hits on their hands with only even further up to go and only a matter of time before they accrue a genuinely huge audience. This is one band who’ll almost certainly be sticking around for the long run, and that’s perfectly fine.

‘Teach Me To Fight’ by Yonaka is out now on Asylum Records.