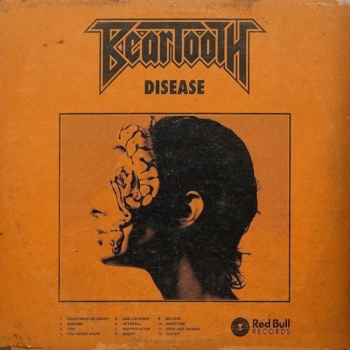 For a band who started out as ravenous and white-hot as Beartooth did, they’ve not really lived up to their full potential since. Disgusting was a near-perfect distillation of Caleb Shomo’s ethos at the time, an entirely convincing purging of multiple demons accumulated over the years in a manner that was not only supremely cathartic but thrilling to experience from an outside perspective. And while that translated fantastically well in the live environment (perhaps the only thing about Beartooth that’s adopted any sort of consistency), its follow-up Aggressive seriously stumbled by taking up roughly the same lyrical standpoint but watered down the execution immeasurably. And sure, the difficult second album is a thing, but the suspicion that Beartooth’s intention was to see if they could match their music with their newfound profile lingered throughout.

And that’s a deep rabbit hole to go down with regards to Beartooth as a band, particularly when considering the original intentions behind Shomo recording every piece himself, and the changes that have occurred since becoming arguably one of modern hardcore and metalcore’s biggest names. Really, the only reasonable conclusion that can be reached is that, no matter how effective as an emotional vehicle this band is, the recycling of themes and the general toning down of instrumentation has greatly dampened how efficiently that end goal can be reached. And if there was one thing that Beartooth could do to prove that’s the case, it’d be releasing an album like Disease, where more than ever, this feels like a band spinning its wheels to no avail, desperately trying to grab that original spark while simultaneously moving through rock’s big leagues, and struggling to comprehend that those two variables aren’t easy to conflate. They’re yet to grasp that three albums in, and judging by this, their weakest to date, they likely never will.

What’s worse is that the vast majority of Disease feels like it never even had to be made in the first place, as the same effect to a greater degree could easily be achieved on Disgusting, an album to which this one pales in comparison. And while it’s true that the bad habit of reusing lyrical motifs to diminished returns hasn’t gone away, even in the execution, this album just doesn’t feel as powerful as past efforts have. Once again, the band are sticking with curt, punchy riffs, devoid of any fat and hitting with maximum efficiency, but the production really does a disservice to them here, rounding them out and covering any edges that prevent the likes of the title track or Infection from having even simple, visceral thrills, the one thing that would’ve stood in their favour. It rarely feels right when they throw in the earth-shaking pop-rock choruses either; for an album designed to convey mental anguish in really any degree, there’s something so plastic about tracks like Afterall or Believe which are clearly positioned as the obvious choices for anthemic singles. Granted, they’re not even close to Amity Affliction levels of manipulative or anything, but it doesn’t help Beartooth’s case when each succeeding album feels like a watered-down version of the base form.

But what disappoints most about Disease is – yes – the writing, and not only because of how much is recycled. That’s definitely a factor, but what supersedes that is the potential that was wasted here, because Beartooth do actually try to branch out more, or at least approach their existing topics from a new angle. Greatness Or Death is a good example of this where Shomo outlines how easily good days can shift to bad, as is Clever, easily the most nuanced song with the realisation that his mental illness is what spurs on his creativity, but it’s also what’s damaging him the most. Even on tracks like Bad Listener or Enemy, the benefit of just going that bit harder is enough to save them from the mediocrity that unfortunately afflicts so much of this material. Tracks like You Never Know and Infection just feel so rote at this point regardless of how well Shomo can sell them with his vocal range, even going so far as to lift vocal lines and melodies from past songs to really hammer home how derivative of a single sound this all is. And it never changes or grows into anything more than what it is at face value, a factor that puts the longstanding appeal of this album in free fall.

Because honestly, there’s barely a single track here that can go toe-to-toe with Disgusting even at its worst, and at least the best material from Aggressive was memorable. Disease is an audible symptom of a band running out of steam and trying to cover it up with energy, something they’re only barely passing at. And none of this is to say that Beartooth are a bad band, because that’s not true, but in this constant cycle of reusing assets and hoping for the same word-for-word tactic to work again, they’re running themselves into the ground faster than they should. Even at its best, Disease feels like an album made from the necessity to keep moving, and if Beartooth don’t take the time to stop and think about what they’re doing a bit more, they’re going to crash before they or anyone else knows it.

For fans of: Of Mice & Men, The Amity Affliction, We Came As Romans
Words by Luke Nuttall

‘Disease’ by Beartooth is released on 28th September on Red Bull Records.