Could it make more sense for Rammstein’s comeback single to be called Deutschland? After all, they’re probably the most successful metal band (if not rock band in general) from Germany, and seeing how that’s been achieved while keeping their material almost exclusively in their native language, a track named after their home nation doesn’t seem too surprising. What’s also not surprising is how good it is; even though it’s been a decade since their last album, they don’t seem to be rusty at all, holding on to the industrial stomp that’s always characterised their work alongside guitars and keyboards that still have a rustiness and grime to them that works so well. Even for its simplicity and relative unadventurousness though, the lyrics serving as a criticism of Germany and its militaristic past (as well as a video that’s already had its fair share of controversy attached) hold a gravity that feels like an especially bold note to return on, but one that certainly isn’t unwelcome. For a band like Rammstein, the naturally portentous nature of their sound fits incredibly well for this sort of subject matter, and that they can keep it as hard-hitting and genuinely catchy as it is says a lot about how good this band really is. It’s been a long time coming, but Rammstein’s long-awaited return has truly hit the nail on the head. 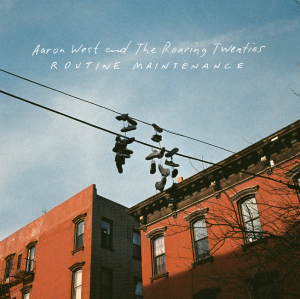 Aaron West And The Roaring Twenties – Runnin’ Toward The Light

It’s hardly a surprise that Dan Campbell can pen an anthem that really shows how much the weight of emotion bears down on it, and while that’s quickly become the most notable factor of his work in The Wonder Years, the intimacy of Aaron West And The Roaring Twenties can lend it a lot more poignancy. It also allows for a more simple, stripped-back style, such is the case with Runnin’ Towards The Light, which sees the dense lyricism of Campbell’s dayjob pushed aside for simple odes to life on the road that can still hit an emotional peak in the cracking delivery of “I’m gonna make you proud of me”. Of course, it definitely feels a bit thinner than The Wonder Years (and not even their best material, at that), but the warm, acoustic rollick coupled with big, bright horns does enough to form its own identity divorced from what would be the most natural touchstone, and still managing to work in its own right. Coupled with Campbell’s full-throated shouts that feel just as bracing as they ever have, and Runnin’ Toward The Light feels like a welcome addition into Campbell’s canon. It’s not perfect and definitely feels like a lighter cut in the wider context, but when even that can reach greatness, that’s nothing to complain about. 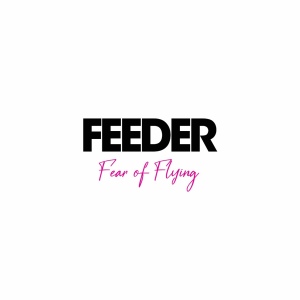 As easy as it could be to write Feeder off at this point – what with the number of mediocre releases they’ve racked up especially lately – their resilience and disregard for trends has been something to admire. True, they’re well past their ‘90s heyday, but there’s still appeal there as far as straightforward, no-nonsense rock goes, and Fear Of Flying actually does a pretty good job of holding on to that. It definitely feels like an older band in its mid-paced gallop and Grant Nicholas’ vocals which sound a lot more haggard than they once did, but it remains catchy to a fault, something that Feeder have always been exceptionally good at, and for a Britrock relic, they’ve actually veered away from the intense slowdown that’s characterised so many of their peers for something that still works. The phaser effects feel totally perfunctory, and it’s hardly a classic, but Fear Of Flying is fine as far as tracks like this go, especially when Feeder have been off the wagon for a significant period now. It’s just good to see them somewhat gaining stable footing.

At this point, Dinosaur Pile-Up’s status within the UK rock scene is something of a mystery. They were a fairly big deal around the time of their debut, but they’ve just seemed to be treading water for a lot of the time since, something that’s especially a shame considering that their material has never been all that bad. And unfortunately, it looks as though Thrash Metal Cassette is going to continue that trend, as while it’s actually a pretty great little track, if suffers from the meat-and-potatoes rock framework that so much of this band’s material has been bound by. That said, there’s an increasing crunch and vigour this time around in the more jagged guitar work that still feels like a handy juxtaposition to Matt Bigland’s more nasal vocals, and the energy it brings alongside the children’s chant on the bridge definitely sees things trending upwards overall. It’s still rather down-the-middle in execution, but for a band like Dinosaur Pile-Up who’ve always managed to chalk up some wins in that lane, this is perhaps their most emphatic statement in years. 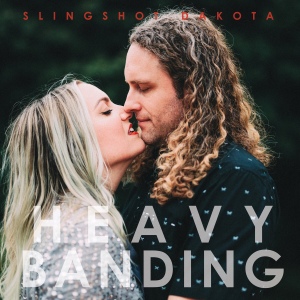 It’s easy to lump Slingshot Dakota in with the increasingly growing crop of indie-pop-punk acts that, in all honesty, don’t seem to do much except blur together, but there’s at least a bit more to this duo overall. If nothing else, they’ve made a name for themselves through a greater focus on thick layers of synth and keys in their music, and while that’s present on Louder, it’s still a bit up in the air as to whether it’s totally beneficial. There’s definitely a tweeness to the omnipresent buzzing coupled with Carly Comando’s vocals that fosters a good contrast to the strong, defiant writing, but it can be hard to get past how blaring and impenetrable it all sounds, tossing modulation of even the most minimal stripe aside for walls of sound clashing with percussion that only seems to be there to live up to the title. It’s more obnoxious than anything else, and even if the seed of a good idea is here, the amount of volume its buried within makes digging for it ultimately seem fruitless.

There’s always been something inherently magnetic about Trade Wind, not only because it’s comprised of members of both Stick To Your Guns and Stray From The Path, but because they’ve made a name for a brand of indie-rock that’s proven to be so lush and gorgeously crafted that it’s hard not to be lost in. I Can’t Believe You’re Gone is definitely more of the same in that regard, feeling very spare and delicate in its atmosphere that’s comprised of sweeping, ghostly synths, glassy guitars and percussion that offers a sense of scope almost akin to ‘80s new wave. It’s no surprise, then, that the track is greatly reminiscent of Tears For Fears’ Everybody Wants To Rule The World, both in terms of progression and execution, but Trade Wind have a knack for making it their own thing, and while it’s certainly a slow burn, it’s one that exudes such passion and mystique when it really gets going. It’s an excellent piece of work from a band who are quickly proving to be more than a side project, and who seem to be hitting the ground running whenever they can.

It’s encouraging that VISTA are continuing to build a strong profile for themselves as, especially within modern pop-rock, they seem to have a much clearer air of darker, more transgressive tones that they’ve been able to use to their advantage. It mightn’t sound like much, but they’ve been able to get a lot more out of it than most, something that really comes to fruition with Eat (I Must). Besides the odd creative choice that could’ve been left out like the vocoder on the bridge, there’s a sense of moving in a direction of almost industrial heft that, with the snarling, blackened guitars and vocalist Hope’s seething, dejected delivery, has such potency and intent. What’s even better is that the low-key presentation really seems to work to the track’s advantage; for the most part, it relies on electronic creeping and eerie atmosphere that makes the moments of clattering drums hit all the harder. It’s just a great song in almost every aspect, and if this is the sort of thing that VISTA are looking to bring to the table on a more regular basis, that already-growing profile is only set to skyrocket.

Other than being signed to Hopeless, there’s not really a legitimate reason that dying in designer is getting pushed in the way he is. What we have here is yet another emo-rapper with no discernible qualities to speak of, and who thinks that drawling out the same depressing spiel that every single one of them does warrants a certain level of success. For the record it doesn’t, and while a somewhat solid backing guitar line makes PTSD a marginally more tolerable addition into a genre canon that’s becoming bloated at a hideous rate, the generic, self-deprecating whinging with no sense of catharsis keeps it locked deeply in the lower tiers. As for dying in designer himself, he’s got no workable angle, splitting the difference between Juice WRLD at his most mundane and Tom DeLonge at his most personality-bereft, resulting in a blank-faced combination that makes a runtime that passes just over two minutes seem somewhat merciful. Then again, this is nothing new in the current rock climate, and all dying in designer is really doing here is reserving a place for himself on the bonfire when this whole scene inevitably flames out.

Pleiades – All At Your Mercy

A lot of the surrounding information about Pleiades seems exceptionally confusing without having listened to their music. It’s primarily in their list of support slots having shared stages with acts ranging from Dryjacket and Free Throw to Napoleon and OHHMS, few of whom seem to synergise all that much with this band’s more atmospheric post-metal. Still, for a new band, it’s easy to see why those opportunities would be taken, especially when All At Your Mercy feels just off from a band really hitting quality. It’s definitely not bad in its swirling atmosphere and nimble bass work that especially stands out, but Pleiades aren’t really standing out that much just yet, primarily because a stronger, more visceral start quickly dips out into the more languid atmospherics that fill up the bulk of the track. For those deeply entrenched in post-metal already, there’s bound to be a lot to like here, but there’s definitely more that can be done to really hit that mark.