It’s wild to think that it’s been almost four years since Baroness released Purple, the album that refined their sludge-metal sound into something much sharper and potent which saw the rest of the world take notice of their brilliance in the same way that the underground had for years prior. It’s ultimately put more pressure on their new material to succeed than ever – not to mention as a result of their lineup shuffle and Shock Me being nominated for a Grammy – but Borderlines feels exactly how Baroness should sound in 2019, both sonically and in terms of quality. For starters, the addition of guitarist Gina Gleason’s backing vocals adds a new sense of depth to John Baizley’s already-sonorous howl, but the cavernous presence of the guitars blurring into passages of snarling fuzz before launching into a truly arena-sized hook shows the glances towards alt-rock that feel distinctly refreshing. Otherwise, it’s pretty much business and usual; it still sounds enormous, the roiling grooves rarely let up, and for a track that comfortably breaks the six-minute mark, it’s about as tight and precise in its execution as it comes. Basically, it’s yet more proof that Baroness are one of the best pure rock bands on the planet, and given that almost flawless calibre of their work up to now, it’d be hard to expect anything less.

To be honest, the expectation that Jamie Lenman would stick to the relatively straightforward alt-rock and post-hardcore of his last album shouldn’t have stuck around. After all, this is an artist whose first solo release was a double album consisting of contrasting sides of grindcore and jazz, and thus a move in literally any direction was always on the cards. Therefore, it doesn’t come as much a surprise that a cover of the Popeye theme is pushed as the lead track for a campaign of his new covers album, barely over a minute of breakneck hardcore with Lenman’s hollering filling a vocal quota that, in all honesty, doesn’t amount to much. Sure, this is certainly a fun novelty as far as singles go, but it feels more like an extended fragment than anything else, and that can be pretty disappointing in the long run. Still, there’s hardly a guarantee that this will be the direction the album will take, and knowing Lenman, there’ll still be plenty he can eke out from this meagre evidence anyway.

It’s no secret that British hardcore has produced some absolutely stellar albums as of late, but the fact that Employed To Serve’s upcoming effort is chief among them in terms of anticipation is a testament to just how far they’ve come within the scene. Indeed, Force Fed was an excellent refinement of their core sound, but Harsh Truth is moving in a completely different direction yet still managing to thrive. The emphasis is on minimalism and groove this time, with steady drum work complementing guitars that are much thicker and outwardly seething compared to the angularity of the past, and while it might seem a bit streamlined or even unambitious for this band, but the sense of scale and Justine Jones’ scathing lyrics and vocals ensure this still hits a real high point in what has effectively become a career of high points. It’s about as good of an attempt at diversification that Employed To Serve could muster at this point, and it’s just one more piece of evidence for why their upcoming album will take them even further than ever before. 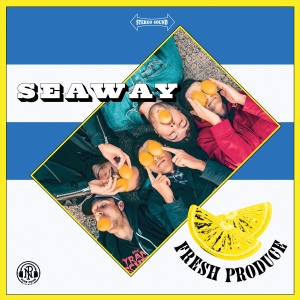 As much as many might see them as just another cog in the ever-unceasing pop-punk machine, Seaway have rightfully earned their place within the scene by simply doing what they do so much better than everyone else. Sure, that doesn’t boil down to that much in the long run, but it’s something, and given how well Vacation made that known, there’s a fair bit riding on where Seaway are heading to next. With Pleasures though, it feels as though Seaway have attempted to go their usual route but not quite hit that watermark to the extent they usually do. It’s certainly pleasant with a nice amount of fuzz and chunky bounce, but between a lack of real stakes in both the composition and fairly threadbare lyrics, this does feel rather throwaway, especially compared to a lot of what this band have done in the past. It’s certainly not terrible, but it’s no revelation that Seaway are capable of a lot better than this either. 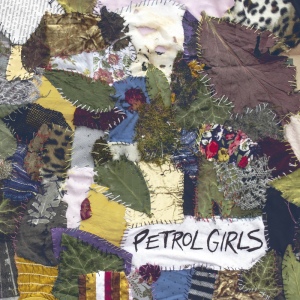 Petrol Girls have quickly become something of an enormous force in modern punk, and it’s not for nothing. Between an enormously prolific release schedule that has maintained an insanely high benchmark of quality pretty much across the board to a lyrical bent that’s equal parts fearless and fearsome, their rise has been something to behold and embrace. The Sound only looks to be continuing that rise too, the first track from their upcoming new album that, while not changing to enormous degree, doesn’t really have to, as the angular shards of guitar combined with Ren Aldridge’s shifts from ominous spoken-word to sharp shouts carry the fat-free intensity that’s always been a staple of Petrol Girls’ work. Coupled with lyrics that, as ever, feel perfectly encompassed by a classic punk ethos with a decidedly modern touch in its ire, Petrol Girls only continue to impress across the board to an extent that few other bands have managed to keep up.

It’s fair to say that Hot Milk are getting a genuinely enormous push for far greater things at the minute, nabbing bags of national coverage and a slot opening for some little band called the Foo Fighters. They definitely deserve it with the tightness and infectiousness of their alt-pop that’s second to none, and Take Your Jacket only looks to forward those advances even more. At not even two-and-a-half minutes, it’s a brief sugar rush, but the chunky guitars, technicolour sheen and Jim Shaw and Han Mee’s vocal interplay have such an immediacy and likability to them that it’s hard not to be swept up in it all, even if it does boil down to a rather simplistic breakup song. That’s the beauty of Hot Milk though, at least up to this point; they’ve been able to take ideas and sounds that have become so boring and breathe a sense of much-needed exuberance into them, and while it’s not exactly revolutionising anything, it’s all too much fun to care. 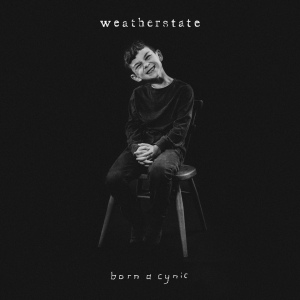 It’s genuinely great to see Weatherstate finally back on the wagon after a period out of the spotlight that’s lasted far too long. Their gruff pop-punk looked to be opening some serious doors for them, and to see them getting back effectively where they left off really is wonderful. It doesn’t look like the quality has dipped by any significant amount either, as Brain Dead is another great little track that has enough of a bite and roughed-up nature to slot in the modern camp of punk, while bringing the melodies and huge singalongs for a real pop-punk smash. As with all of Weatherstate’s music, there isn’t a great deal to really say about it, but that’s only because the quality speaks for itself; Brain Dead feels like the sort of track destined to reinvigorate its creators and see them move on to much greater things, and when their debut finally drops, expect there to be plenty more of that. 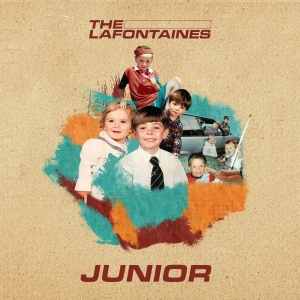 It’s easy to feel sorry for The LaFontaines. For years now they’ve been pushing forward with a combination of hip-hop, indie-rock and distinctly Scottish alt-rock that’s hugely unique, and yet they’ve never been given the wider attention they really deserve. At least they’re persistent, and with All In, they only continue to show how unfairly they’ve been slept on with another strong effort to highlight everything that makes them a standout presence with UK rock. There’s definitely a darker undertone here than really anything they’ve done previously, with Kerr Okan showing off a sneer that’s extremely welcome over the crunching propulsion of huge live drums that feel more alive and menacing than what you’d typically get from a hip-hop beat. It’s a good fit for them, and while the chorus does feeling like the sagging moment amid such a watertight display of bravado, it’s a relatively small mark on what’s otherwise The LaFontaines’ most bold display to date.

This Life – My Love

A running theme with This Life’s singles is taking an execution that’s deceptively throwaway in its co-opting of early 2010s Britrock and pairing it with subject matter that’s far deeper and more incisive than that sub-genre was typically willing to go. It’s what’s provided so much of the impetus to return to them even if the songs haven’t always been incredible, and that’s a similar case with My Love. Again, sonically the parallels to bands like Mallory Knox aren’t the most inspired and can still lack an original spin, but in William Ellis’ accounts of being in a relationship and having bipolar personality disorder, and the harsh emotional shifts that can so easily occur, it lends My Love a lot more weight that, as has become the norm, is enormously beneficial for This Life. They still seem to be looking for a proper home for themselves in the rock scene at large, but even without a sound that’s fallen deeply out of fashion, they’re doing a whole lot right, and that’s hugely commendable.

Lonesome – In The Heart You Have

There’s a lot to be hopeful about with Lonesome. True, the idea of yet another post-rock band isn’t one that instills much in the way of confidence, but given the band’s self-professed focus on greater melody, that’s something that at least forms a stronger initial foundation. And on In The Heart You Have, it definitely pays off, even if Lonesome’s general appeal still comes with plenty of the caveats that typically afflict post-rock. For one, Jay Kerr-Gray’s vocals really do end up drowning in the mix, and while the enormous soundscapes have a weight you’d expect from this genre, they can prove to be a bit much when such a fundamental part of the song is rendered essentially useless. That said, that melody does come through a lot stronger in the surging, sweeping guitars reminiscent of Lonely The Brave, and with a punched-up drum sound that has a lot of unique flavour to it, Lonesome come out stronger in the end than so many in their position have. There’s definitely work to still be done, especially in the vocals, but this is much more promising that a lot of post-rock has started out.