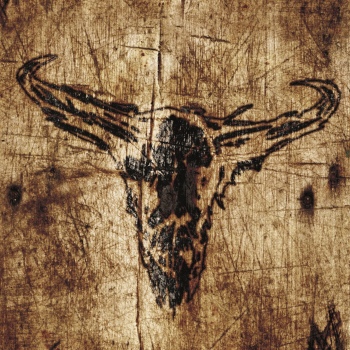 So apparently Upon A Burning Body still believe they have something left to offer. That can really be the only explanation, seeing as both a colossal fall from grace from being touted the future of deathcore and the fact that no one really cared about Straight From The Barrio would suggest a band desperately running on fumes to get by in whatever way they can. And that’s all said with more regret than malice, as once upon a time, they did have real potential, mixing bleeding-edge-relevant deathcore with flavours of Latin music for a potent, original combination. But it really does speak volumes to how far their star has fallen when their biggest influx of publicity in the last few years came from vocalist Danny Leal faking his own kidnapping for a publicity stunt in 2014; since then, they’ve been struggling to do much of anything, to the point where one can only presume touting this new album as a pure heavy metal album is a last-ditch ploy to scramble together some wider prospective appeal.

And that certainly seems to be the case, mostly because there’s not a lot that Southern Hostility can really boast as its own. It’s an Upon A Burning Body album, that’s for sure, but one that removes any initial flair or creativity they once had for another fat helping of thudding deathcore that’s on the same questionably mid-to-low tier as seemingly everything else. It’s not exactly unlistenable either, but it’s hard to see what the real aim with this album is; it’s as pure of a heavy metal as Upon A Burning Body presumably wanted to create, but that leaves everything else sucked out of it with nothing all that suitable to take its place.

At least when boiled down to the absolute base elements of the metal that Upon A Burning Body want to create, the band can at least hit the right beats efficiently enough to keep a relatively stable foundation in place. It’s most obvious when the flashes of influence beyond traditional deathcore hammering rear up; From Darkness is clearly pulling from Pantera in its southern metal drawl, while the sledgehammer groove of Burn would easily fit on a latter-day Parkway Drive album, and the cover of Alice Cooper’s Feed My Frankenstein to round off actually feels like more than just a cute novelty when it’s played fairly well. Aside from that though, Southern Hostility rarely feels capable of disrupting the status quo of deathcore to the extent that Upon A Burning Body clearly want to, whether that’s in a stiff approximation of the general sound that’s beyond uninteresting at this point, a deliver that verges on swaggering when Danny Leal can be bothered to let his personality show through at all, or a set of lyrics that’s only really good at reiterating all the motions that this genre has been stuck in since God knows when. At least it’s produced to have a decent amount of weight that can extend beyond mindless chug-fests, but isolated instances of technical competency aren’t really substitutes for actual ideas, and when it feels like Southern Hostility has quite a severe drought of those effectively across the board, it’s hardly an album that warrants repeat listens in basically any form.

It’s not as if this is an outright awful listen either, but when Upon A Burning Body don’t feel as though they’re even trying to hide how uninspired this all is, it’s hardly a glowing endorsement. It only makes Southern Hostility feel all the more disposable, an afterthought that seldom coalesces into anything more and smacks of a band trying little else but getting whatever they can down on record. It’s actually a shame to see how far they’ve fallen when this is what everything thus far has culminated with, but when Upon A Burning Body themselves can’t be bothered to go beyond the bare minimum, is it really worth staying that invested?

‘Southern Hostility’ by Upon A Burning Body is released on 7th June on Seek & Strike Records.