THIS WEEK: Nervus gear up for the release of their highly-anticipated new album, and there’s new music from The Menzingers, Killswitch Engage, Sleeping With Sirens and more 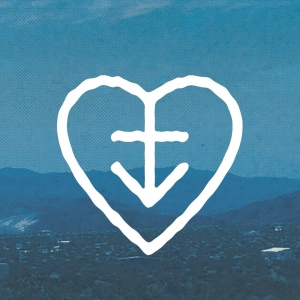 For all the hype around what Em Foster has brought to Milk Teeth (hype which, for the record, is greatly deserved), it can be easy to forget that Nervus do actually have new music coming out. Considering how fantastic last year’s Everything Dies was, forgetting that can feel somewhat inconceivable, but the danger of an artist spreading themselves too thinly is always on the table, especially considering how much prominence both acts have been building. But Foster has proven time and time again that she’s not one to be underestimated, and Flies feels like something of a perfect cap to put on that notion, as Nervus move their alt-punk into scuzzier, openly rougher waters that gives the chunky guitars even more of an opportunity to roar and finds an even greater sense of grandeur with the squalling solo and waves of backing vocals. For a band who’ve frequently trafficked in a fruitful trade-off between the heartfelt and the generally enormous, Flies feels more like a variation than a deviation; at its core it has all the personality and introspection of a typical Nervus track, but it’s taken in a way that shows an evolution that’s much appreciated, with a real payoff behind it. Though, given that Nervus are quickly becoming one of the best bands the UK has to offer and have been for some time, them releasing another great track is hardly a surprise. 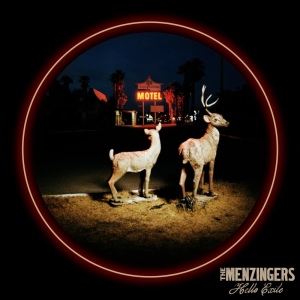 To a fairly large extent, every new release from The Menzingers comes with a certain amount of expectation when it comes to what will be on offer. It’s not exact hard to admit that they aren’t the most versatile band with a brand of punk specifically designed to court nostalgia in every way possible, but the fact that they can do that so blatantly every time and remain one of the best bands out there is a testament to how good they are at it. And thus, with Anna, it’s the sort of song that we’ve heard from this band alone perhaps dozens of times with its mid-paced, rugged rollick and heartfelt, timeless lyricism, but The Menzingers continue to operate with such gusto and flagrant disregard for what’s cool or trendy that they’ve already won every day of the week. Anna is another fantastic example of a band playing to their strengths and succeeding unwaveringly, and though it’s not quite the best attempt at this that they’ve pulled off (the similarities to Lookers really only highlights that song’s greater strengths), you can be that this is going to be another enormous album cycle for The Menzingers, especially considering how well the last one went. And even with that writing already on the wall, it’s hard not to get excited.

Killswitch Engage – I Am Broken Too

The hype feels well and truly built for a new Killswitch Engage album at this point, and it’s not like it’s difficult to see why. Unleashed was exactly the sort of strong single they needed to lead off with, and considering the swiftness with which I Am Broken Too is following it, it looks as though said hype is being capitalised on almost perfectly. That said, I Am Broken Too does feel like the weaker track overall, particularly in its dalliances into the ill-advised emo lyricism that’s often been a black mark of Killswitch Engage’s sheet, but the great, windswept guitar work and Jesse Leach primarily sticking in his clean register makes for a really strong power ballad setting, something the later Leach eras have been really good at cultivating. Beyond that, it’s all really what’s to be expected from this sort of overtly melodic metalcore, and while Killswitch Engage aren’t pushing the boat out whatsoever with this one, they’re at least doing a good job with what they have. 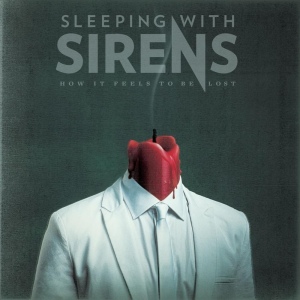 Sleeping With Sirens – Break Me Down

So Leave It All Behind was a definite improvement for Sleeping With Sirens, but that doesn’t mean they’re fully out of the woods yet. They’ve got a history of bad or botched decisions that it’ll take more than one song to rectify, but to their credit, they do look to be moving in that direction. Break Me Down is perhaps an even more thuddingly obvious example of that with its attempts at a hardcore gallop and Kelvin Quinn once again returning to his thoatier screams, and while it’s certainly okay, it perhaps feels a bit too messy to achieve much more, especially in the drums, and while it’s nice to here some crunchier guitar work, the overbearing production still funnels everything in to a very manageable middle. To top it off, the lyrics still aren’t much in their nebulous assertions of defiance, but for a band like Sleeping With Sirens who’ve regularly been awful with all of this, a rise to middling-to-decent territory feels like a considerable step in the right direction. Again, their previous single is definitely better, but for what it’s trying to do, this is fine too. 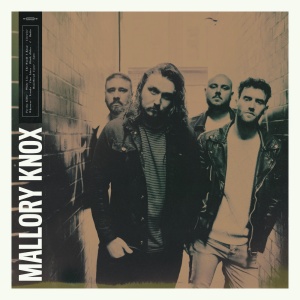 For as immediate and overt as the good will towards them is, there still isn’t a great deal of hope that Mallory Knox will succeed on their upcoming album. Neither single up to now have sparked much of a reaction beyond general nonchalance, and while Sam Douglas taking up the mantle of frontman has been widely accepted at this stage, the shortcomings are no less noticeable. At least Livewire is another step in the right direction, feeling the closest to Mallory Knox’s big, anthemic best while still channelling the gruffer affectations that this new material is apparently being fuelled by. That’s not to say this is their best, mind, as it still lacks something of a recognisable spark that their older material had, but where this sort of turgid alt-rock is becoming the norm within this scene for some reason, it’s nice to see Mallory Knox of all bands pulling it off with a bit more panache. That’s not exactly worth much in the grand scheme of things, but it’s a start, and that can still be appreciated. 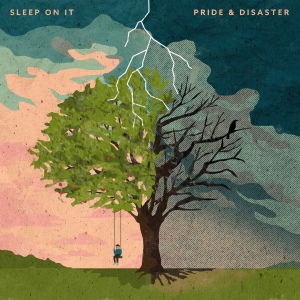 Sleep On It – Under The Moment

It’s a shame that Sleep On It seem to get lost in the shuffle so often within pop-punk, especially when they’re not bad at what they do. They’re hardly the standouts that some have made them out to be, but Overexposed was definitely a good album with a number of choice cuts in it, and to see them not raise to the heights they could potentially hit is somewhat disappointing. It’s even more so when they continue to release good music, and Under The Moment is a great example of that, with Zech Pluister’s clear, classically-styled vocals having the emotional grit to mesh well with the stomping percussion and stop-start riffs that actually result in a decent bit of crunch. The electronic twinkles could definitely be left out of proceedings, but Sleep On It generally keep a good ear for a more organic, emo-tinged brand of pop-punk that they’re able to cultivate into something good here. It’s still not mindblowing, something which this band could really do with pulling off soon, but as far as their consistent track record goes, Under The Moment shows no sign of that breaking. 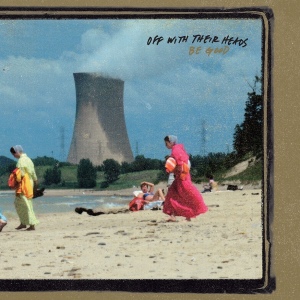 Off With Their Heads – Be Good

Honestly, after Disappear, there really wasn’t any need for more singles from Off With Their Heads’ new album. They’re the sort of punk band that make it so easy to decipher what they’re all about from the smallest piece of evidence, and given that it looked like there’d be little to no deviation from the norm here, everything could’ve been left as it was. But Be Good does feel like a welcome addition to the Off With Their Heads canon, if only because it reinforces the sort of rousing, barrel-chested punk that this band do so well. The big, bounding riffs have the sort of power and gusto that you’d expect yet still feel remarkably energetic, and Ryan Young’s gravelly vocals carry the same weight as the Hot Water Music and Menzingers comparisons that still feel incredibly pertinent. Like all Off With Their Heads songs, it’s incredibly easy to slot it in that same camp (and thus see how it doesn’t quite match that benchmark), but it’s more of the same that’s hard to complain about, and that’s definitely a good thing. 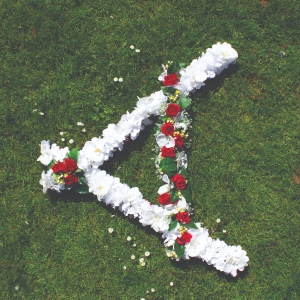 Cassels – The Queue At The Chemists

It’s honestly quite surprising how intense the excitement for the new Cassels album is. That’s not to say that they aren’t a good band, because they certainly are, but the pre-release singles have gone down enormously well across the board which, for a band focused on a very angular, verbose brand of post-hardcore, is pleasantly different from the norm. Of course, it helps that the songs have typically been pretty great in their own right, and The Queue At The Chemists is no different, build around a quaking guitar line that feels remarkably tense all the way through, and expanded upon with steady yet vigorous production and – of course – Jim Beck’s bitingly intelligent lyrical commentary that piles on the layers of grit and aggression, but never so much that it overshadows just how deep it penetrates into the issues of climate change and an unawareness or simple ambivalence towards it. It feels like a track capturing the sharpest point of post-hardcore and embracing it wholeheartedly, and that leads to the sort of defiantly angular and unique track that really deserves to be heard. 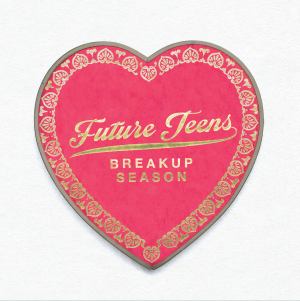 As good as Future Teens have been in the past, that doesn’t excuse them from the typical uncertainty that feels almost customary for new indie-punk releases. It’s hardly applicable exclusively to them, but given that they themselves tend to meet the very standard criteria that this genre has laid down plain to see, the level of confidence going into Frequent Crier feels slightly diminished. And while it’s easy to see the proximity between Amy Hoffman’s vocal style and so many others in the same lane, there’s a lot to like about this track, especially in a very breezy yet warm guitar rollick that almost feels lifted from emo’s more Americana-leaning acts for a nice touch. And even if the content can largely be boiled down to post-breakup heartbreak that feels framed distinctly in a teen movie lens, Hoffman is an endearing presence behind the microphone regardless, and even if their contributions aren’t stellar, there’s enough to really like and gravitate towards to make this a good little track on the whole. Future Teens aren’t reinventing the wheel with it or anything, but in indie-punk in this vein, you could do a lot worse.