THIS WEEK: The long-awaited new single from Tool finally drops, as well as new music from Hacktivist, Pixies and a team-up between nothing,nowhere and Travis Barker

So here it is – the first new music from Tool in thirteen years, and the product of an exorbitantly long amount of teasing and buildup. And yeah, it sounds like a Tool song, and the kind of one that’ll only reinforce why their fans so vehemently believe this band can do no wrong, at that. That is to say, it’s like they’ve since 10,000 Days, with the ten-and-a-half minute runtime, the winding instrumental focus tossing itself between ethereality and industrial bleakness, and Maynard James Keenan having the weaving vocal delivery to allow another esoteric series of lyrics to have that much more poise. So far, so Tool, but Fear Inoculum does still stand out among other progressive metal veterans, namely because this takes ‘progressive’ to mean more than just ‘long’. Whether it actually justifies its length is an open question, but with the eerie, more texture percussion leading into searing, simmering guitars that break out to mesh with militaristic drum lines, it’s hard to fault Tool’s imagination when it comes to making these songs work, and especially doing so in a way that naturally flows. It’s a surprisingly solid comeback after so long, and while there’s undoubtedly more of a place for it in the context of a full album than as a stand-alone track, Fear Inoculum is already doing enough to build up hope for things to come. 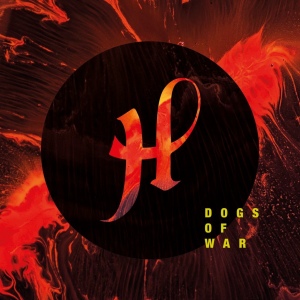 It’s still quite uncertain to say whether or not Hacktivist have their momentum back down again. Sure, Reprogram was a good reintroduction to solidify their new lineup, but that was one song, and many bands have fallen off in the very same position as them. Thankfully, Dogs Of War is the total opposite of that and continues Hacktivist’s revitalisation with aplomb, as the fire-spitting hip-hop elements are brought to the fore once again (and show off Jot Maxi’s impeccable assimilation into the band at that) while keeping the bludgeoning tech-metal backdrop as imposing as possible. The palpable anger is really what pushes this into greatness, with flows spat through gritted teeth and a snarl in both the politicised lyrics and instrumentation that paint a grimy, unsettled image, but one that’s hugely compelling to dig into. Topped off by a presentation and production without inch of fat on it, and Dogs Of War only solidifies the notion of Hacktivist’s second wind in spectacular fashion. 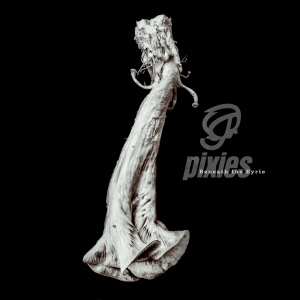 As much as there doesn’t appear to be much excitement around the upcoming Pixies album, it’s not like that’s been a new phenomenon in the past few years. They’ve not exactly been a band who’ve flourished in their later years, and with lineup changes and generally disappointing output, it’s not that difficult to see why. Thus, Catfish Kate feels effectively designed to cut as many losses as possible and stick to the basics, namely a jaunty, mid-paced acoustic progression, a decently grungy production job to accentuate thicker backing melodies, and a generally affable vocal performance from Black Francis to make the weirder, more esoteric lyrics feel a bit more inviting. It’s hardly anything revolutionary or even all that spectacular, especially considering how influential the Pixies were in terms of this college-rock sound, but for the low expectations they’re currently riding on, Catfish Kate at least does enough to quell any worries that Beneath The Eyrie will be a total shambles. That in itself is probably a bit too harsh; this is generally fine and for a simple fix of indie-rock, it suffices. 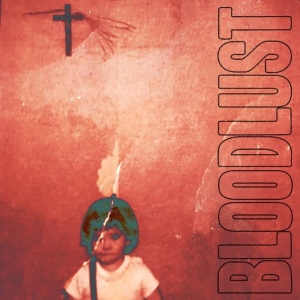 On paper, a collaboration like this makes a lot of sense. Travis Barker has dabbled in the hip-hop world for some time now, and thus by working with one of the most prominent emo-rappers currently working (and for an entire EP, no less), it forms a suitable conduit between both worlds that’s at least easier to comprehend. But honestly, it feels as though Destruction would be better if it stayed more in the hip-hop realm, as when the heavier guitars come in in the second half, it loses some of the brooding darkness and ache that Joe Mulherin’s vocals are actually really strong at conveying. He’s definitely grown into the emo-rapper with the most to like, and while the content isn’t that far removed from the normal prostration that’s become so tiresome in this scene, it’s nowhere near as dull here, and works with Barker’s more detailled drum fills actually rather well. It’s clear to see that Barker is very much a backseat presence here overall, but this team-up does work overall, and when emo-rap is so devoid of quality acts at the moment, something like this is good to have around.

The Darkness – Rock And Roll Deserves To Die

The respect to The Darkness for sticking it out so long after their initial run is considerable, but that’s not to say that they’ve not struggled to regain even some of that appeal in their later years. They’ve certainly tried, but the demand for tongue-in-cheek glam-rock isn’t as high as it once was (who’d have thought it, eh?), and that only goes on to highlight just how cheesy they can actually be. Case in point – Rock And Roll Deserves To Die, moving between wistful, Led Zeppelin-esque Celtic folk and hard rock hammering that’s clearly designed to provoke (just look at that title, after all), but doesn’t hit many of the marks to actually do that. At least Justin Hawkins remains a solid vocalist for what they want to do with the earnestness that’s a lot more subtle and nuanced than what many would expect from a ‘comedy’ band, and it’s not like it doesn’t lend some credence to the clear jabs at the music industry. But while it’s not at the level of thudding annoyance akin to, say, a Steel Panther track, it’s not like The Darkness succeed much in the actual songcraft here; even if the heavier guitar sections are solid, to have them ripped apart in such an inelegant way just highlights the jokier elements more than the musical ones. As far as these sorts of tracks go, this is far from the worst, but it’s not among The Darkness’ best either, even if that list can feel incredibly scant these days.

The Early November – I Dissolve

As far as emo and indie-rock scenes go, The Early November tend to get lost in the shuffle quite a lot of the time, but it’s worth remembering that they’ve been plugging away for a while even if they’ve not achieved the same level of success as some of their genre peers. That feels pretty of indicative of how I Dissolve turns out as well, not because it’s bad necessarily, but because it’s a lot floatier and more low-key than this sort of thing can be, though to their credit, The Early November play that crucially to their advantage. Bar the percussion which is a bit heavier than it should be, the focus on swirling, watery atmosphere is really well done here, with the ringing guitars complementing twinkling production and a vocal performance that augments a very recognisable brand of emotional yearning with its welcome cushion of reverberating backing vocals. It’s far from perfect and does fall into its own hole a bit too readily to hugely stand out, but I Dissolve feels like a decent progression all the same from a band who don’t tend to get the recognition they might deserve. 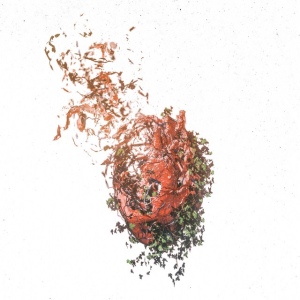 The strides that GroundCulture have made within modern hardcore have been impressive by anyone’s standards, not only in their impressive self-titled EP that didn’t innovate a great deal but was remarkably solid across the board, but also in signing to Hopeless for the sort of fast-track to success that’ll inevitably benefit a band like this. And with Life Won’t Wait, they’re clearly still marching to their own beat, with the sort of meaty but unashamedly melodic hardcore that’s incredibly easy to like. Roy Watson’s vocals are the immediate standout with an impressive knack for both cleans and screams, but the trade-off between While She Sleeps-esque enormity and lower, heavier anger hits all the right beats to really work. It would be nice if GroundCulture maybe went a bit harder at times, and the production could do with being a bit sharper overall in those heavier moments, but this is a perfectly solid next step for a band who are enjoying the sort of rapid progress that’s always good to see. There’s a lot to be excited about with where they’re going next. 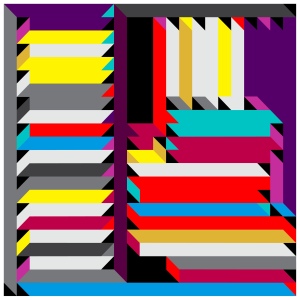 By now, Battles have made an unshakable name for themselves with a brand of synapse-frazzling math-pop delving into far weirder and more off-kilter sounds than so many of their peers are willing to indulge in. That’s all good stuff as well; they’ve done a good job up to now at establishing their very distinctive identity in an instrumental rock scene that seems allergic to that most of the time. It’s nothing that Titanium 2 is breaking away from either, though it doesn’t really need to, as the warping guitars mesh with squeaking electronics and spasmodic vocal fragments from Liquid Liquid frontman Sal Principato for a slice of popping, technicolour that has the all energy and sugar-rushing qualities of a mid-2000s Nickelodeon ident with just a bit more edge to it. But while that isn’t necessarily a shortcoming, it can make this track feel a bit spare as a song instead of just an instrumental passage that wears its focus clear on its sleeve, and moving away from that and into something more developed with only become beneficial. Still, this is good stuff, especially for instrumental math-rock, and for all the time that Battles have been leading the charge, it’s comforting that see that isn’t changing here.