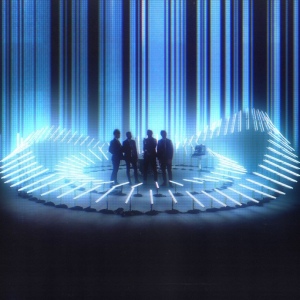 This feels like it’s been coming for a far longer time that it should’ve been. Stop The Clocks has already been played live by Enter Shikari numerous times, as well as providing the name for one of the recent tours, so it’s slightly strange to see a proper studio version only just getting a release now. Actually listening to it though, the whole thing feels a bit more apt, especially when this feels like a pretty natural stepping stone from the poppier, brighter electronics of their last album The Spark, with its dizzying, dancing synths, a chorus that’s very much indebted to the popping exaltation of mid-to-late-2000s indie-pop, and the pristine sheen that’s become rather synonymous with Enter Shikari in this latest phase of their career. And it’s telling just how good this band are at crafting laser-focused pop songs like this, as Stop The Clocks hits with such joyous immediacy and precision that it’s difficult to complain about much at all, especially when it’s just as interesting and forward-thinking as pretty much all of Enter Shikari’s music, but wrapped in that accessible packaging that makes it go down all the smoother. It’s great stuff through and through, and yet more proof that Enter Shikari just seem to succeed in whatever direction they go down. 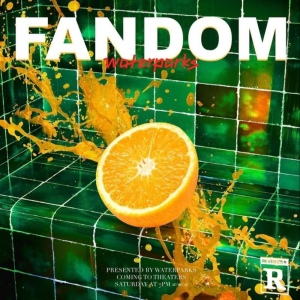 The fact that Waterparks have chosen to name their upcoming album Fandom might as well be an admission that they know how hateable some people find them and their mercenary use of modern stan culture to advance themselves, but there’s definitely a smartness in that that most haven’t really acknowledged. Of course, that’s not guaranteed, and a track like Watch What Happens Next can test that, but it’s definitely more fuel to the notion that Waterparks aren’t just more pop-rock bottom-feeders getting big off hype and nothing else. As for the aforementioned track, it can feel a bit confused in conflation of desires for fame and a chastising of the culture around it, but the scuzzier guitar line and dance-rock rollick lends a solid sense of propulsion, and the usual frayed edges coming from the electronics have the character that’s always been among this band’s appeal, and that does balance it all out somewhat. As for Dream Boy, the surprise second track that only proves just how mercenary Waterparks’ approach to releasing music is compared to so many other pop-rock bands, there’s far less to say about that one. It’s the sort of incredibly basic pop-rock song driven by electronics and synthesised production that leaves the same throwaway quality as Double Dare’s Take Her To The Moon, and highlights that there’s still not really a consistent approach to this sort of thing, even three albums in. It’s definitely the weaker track, but even then, it’s hard to get a picture of where Waterparks are going from it. Everything from this third album has been all over the place so far, and while the moments of quality are there, it’s tough to see where exactly the stable middle ground is.

Did we really need more You Me At Six music now? It’s not even been a year since VI was released, and when that was already pretty underwhelming, it’s not exactly lifted any expectations for anything new coming so soon, particularly for what’s already been preemptively described by the band as their ‘emo album’. That sort of statement alone sets up certain expectations, but not ones that What’s It Like can suitably meet, especially when this is yet another example of a rock band turning to pop pastures as a means of faux-progression. And it’s not like You Me At Six’s attempt is the absolute worst – there’s a solid amount of tension in the darker synths on the verses – but the squealing drop puts to be any notions that their gunning for rock’s visibility is continuing here, and lyrics that draw on tired, bland tropes of the blind leading the blind as a parallel to modern society only see the flavourlessness pile on even higher. It’s honestly exhausting at this point, as You Me At Six just seem to keep botching their efforts up at every turn, to the point where a track like this isn’t exactly worth getting annoyed at, but it’s not worth caring about either.

As PVRIS continue to move into their new era, it was always going to be interesting to see what changes they’d make. Death Of Me suggested something pretty stark considering how comparatively bright it was compared to the smouldering electro-rock of previous efforts, and indeed, Hallucinations seems to continue that train of thought, though perhaps not quite as strong. To their credit, the punched-in beat on the hook is phenomenally strong, but it takes a lot of meandering to get their, and while the plucked guitars over the minimalist verses sound good, there’s also a wateriness to them that doesn’t benefit how tight and well-constructed everything else is looking to be. It certainly peaks well, but it takes a good deal of effort to get their that PVRIS can’t necessarily make seem all that robust, and when the end product does have a good deal of effectiveness to it, that can be a shame.

Issues – Drink About It

It’s not completely unfair to still be skeptical about Issues moving forward. Tapping Out hasn’t really lasted up to now, and while that decline can’t be directly attributed to Michael Bohn’s departure (after all, Headspace was still a step down overall), the lack of his presence hasn’t helped. As such, it’s easy to see what the intentions of a track like Drink About It are, papering over whatever cracks are there and emphasising exactly where both their R&B and metalcore elements fall. And it’s definitely better overall, especially when the slower, more groove-driven pace allows Tyler Carter to break out his more soulful vocal delivery, but there’s a lumbering quality overall that doesn’t quite sit right, as a sparer clicking beat makes way for fat slabs of metal riffing that can feel a bit disjointed on the whole. In terms of production, Issues deserve a lot of credit for heavily accentuating the positives of each side, to the point where it definitely feels like they are moving forward, regardless of the setbacks they’re still having. They aren’t easy to overlook by any means, but there’s at least more positives to balance them out this time around.

The general feeling about ROAM’s Smile Wide is one of cautious optimism. They’ve not exactly wowed with anything they’ve released from it thus far in a somewhat heavy-handed switch to emo, but they’ve left enough wiggle room for themselves to improve if nothing else. That seems to be the general case with Hand Grenade, which leans more on their more traditional pop-punk influence but with the emo chunkiness that’s a definite selling point to lend some meat to a sound that might feel a bit empty nowadays without it. Granted, the writing is hardly anything special, but there’s enough energy and the puppyish performances that ROAM have become known for haven’t gone anywhere, to the point where a rather basic song like this can coast by on good vibes and still do rather well. It’s far from the best thing ever, but at least ROAM are beginning to ease into the sound they’re developing for themselves, and that counts for something. 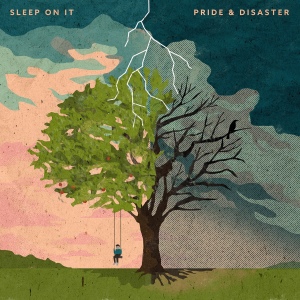 Sleep On It – Hold Your Breath

At the minute, Sleep On It’s primary method of progressing seems to be hanging back and knuckling down to avoid becoming swept up in any detrimental hype trains like so many of their pop-punk peers. What’s more, it seems to be working for them as well, especially when Hold Your Breath is another perfectly solid example of a band continuing to solidify a formula that’s already pretty good to begin with. Playing up the unashamedly huge anthemia is definitely a good move this time, particularly when it gives Zach Pluister the chance to show how impressively ranged as a vocalist he is, and with a warm, organic pop-punk sound to go along with it, it’s the sort of throwback to the mid-2000s that’s rather blatant, but hits every necessary beat to work. And even for a throwback, this is pretty impressive stuff across the board, and sees Sleep On It’s new album as one that could potentially do some big things. 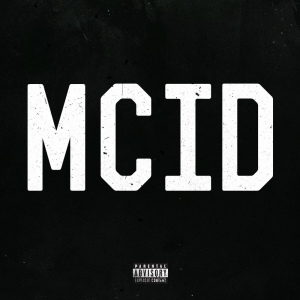 There’s always been something about Highly Suspect that’s differentiated them from an increasingly homogeneous US hard rock scene, and to see that currently being leached down into bands like Badflower and Cleopatrick is definitely encouraging. But where an album like The Boy Who Died Wolf had a real robust presentation in both sound and writing, these two new tracks can’t quite hit that same mark. 16 is the obvious lower rung, with its big choral backdrop and slapped-on percussion that’s positively gagging for radio play, but at least Upperdrugs feels a lot more certain of its rock credentials, channeling something akin to Soundgarden in its sneering, dragged-out guitars for some great, grunge-flavoured atmosphere. It’s certainly the superior of the two cuts, even if it’s not up to Highly Suspect’s best, but placing the two together suggests an upcoming album aiming for bold new directions where it’s not totally guaranteed that the band will succeed. Maybe it’s worth keeping an eye on just for that.

WhoHurtYou’s debut single Wish We Never Met was a fine enough alt-pop track, but it ultimately wasn’t enough to establish the duo as a serious force in the scene beyond Jack Barakat’s name being attached. So with Nobody Wins, they’re clearly looking for a second go, and it doesn’t really feel like this is doing much either. Sure, Kevin Fisher has a decently vulnerable vocal timbre, but the skittering, minimal backdrop of synths and a tiny fragment of guitar can feel borderline unfinished at points, particularly in a hook that just seems to come and go without leaving a shred of evidence. Besides that, there’s the usual alt-pop trappings used in accordance to the rigid ruleset that seemingly has to be abided by, leaving WhoHurtYou as appearing just as faceless and anonymous as when they began. And honestly, for a fairly heartfelt pop song, this isn’t totally terrible, but it’s nothing special, or anything that’ll move beyond the influence of the main name that this project is still using as its sole boon.