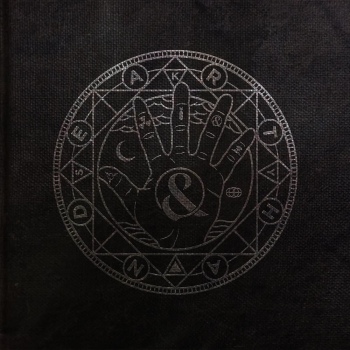 The past two years have seen Of Mice & Men strive to completely reinvent themselves, and regardless of the bumps along the way, it’s felt like a totally necessary procedure. They broke out of their scene phase midway through their Austin Carlile-fronted era, with both Restoring Force and Cold World developing layers of alt-metal and nu-metal in a move that proved divisive, but ultimately formed a lot more solid ground beneath them. With Defy though, that changed once again, with Aaron Pauley taking up the mantle of full-time frontman and a sound that embraced radio-metal a lot more, though struggled to land a good deal of the time. In hindsight though, it’s hard to judge too harshly when there was so much that had to be done, not only in establishing an entirely new identity in terms of their frontman and sound, but also defining where to go next against a torrent of doubt that they could’ve easily been crushed under. They deserve all the credit in the world not only for pushing on but for thriving amongst it, growing into a great live band and solidifying a place for themselves amongst a much wider, more competitive modern metal scene. Those efforts are coming too their strongest culmination yet with EARTHANDSKY as well, especially when almost all of its pre-release singles have been some of the most volatile and outright heavy that Of Mice & Men have delivered in some time, and giving the impression that they’re finally living up to the real potential they’ve been hinting at for so long.

But what’s funny about all of that is that EARTHANDSKY isn’t a million miles away from Defy in its vision, or indeed most other Of Mice & Men albums. What makes this the step forward that it is, though, is the hunger on show here, and how it feels as though the band have finally landed in a place that gives them the opportunity to advance with something closer to radio-ready metal without having to sacrifice any of the bite or human volatility that was such a draw in the first place. And that’s not to say that they’ve fully nailed their template for the foreseeable future, but in striving to reach that point, EARTHANDSKY is a massive step in the right direction that comes closer to hitting that consistent stride than Of Mice & Men have in years.

A big factor in that is definitely how much heavier this album is, and how Of Mice & Men have fully made the jump to emulating the enormous, crushing guitar tones of the live show and giving them a proper presence on record. It gives the whole thing a sense of enormity that it benefits from so much, as tracks like Mushroom Cloud and Linger are fully allowed to rage without feeling constrained or cut back in any way, with tasteful sprinkles of more classic-leaning metal like the solo on Deceiver to cut a lot of the more unwelcome ties to metalcore banality. Even if there’s not much variety overall, with really the only moment of instrumental diversity coming on the taut, almost Arabic-sounding strings that saw through opener Gravedancer, this feels like the big, bombastic metal album that hasn’t been entirely neutered that Of Mice & Men have been gunning towards for some time. The fact that they’re able to hit that mark so consistently is a testament to the sort of high-quality metal band they’ve become, but it’s Pauley who’s the constant when it comes to pushing them over the top, delivering a career-best vocal performance that eschews most, if not all rigid metalcore structuring to allow a truly monumental scream to fly. He still has the power as a clean vocalist that he always has, as shown by arena-anthems-in-the-making Taste Of Regret and Meltdown, but with less compromise in the execution than ever before comes the chance to fully let loose, and his rafter-testing bellows are arguably the best example of that here. It’s true that the production still has the crispness and shine that keeps everything neatly tied together, but the fact that Of Mice & Men test its limits as much as they do is a great sign of where they’re heading, and to see it succeed as much as it does is evident of how much progression has been made.

Unfortunately it’s the lyrics that let EARTHANDSKY down more than anything else, but even then, they’re really only a lesser element in the context of the album itself. It’s a bit disheartening to see Of Mice & Men largely sticking to the same broad topics that they and every other metalcore band have effectively built their entire foundations on, but it’s arguably better executed here, both in Pauley’s more emotive delivery that can effectively capture a sense of true desperation, and in writing that takes bigger leaps for more stark, forceful imagery. It works the best in co-opting the sorts of enormous, elemental forces that this album similarly taps into sonically with the likes of Mushroom Cloud, the title track and The Mountain; they’re presentations of self-destruction or adversity that actually feel imposing, and do well to balance with more human portrayals of toxicity on Taste Of Regret and Deceiver. It’s really nothing to write home about as far as the content itself goes, but the effort that’s once again been ramped up shows, and Of Mice & Men deftly avoid falling into the bog-standard territory that they’ve teetered on in the past.

Again, there’s an improved consistency across this album that really benefits Of Mice & Men, with more of a tweaking than a full retooling that works for the best really wherever it’s applied. This does feel like a considerable improvement, not breaking any barriers but re-establishing Of Mice & Men as a force in modern metal after what’s felt like years of being uncertain of how to get there. EARTHANDSKY has that sense of vitality for the most part, and even if it’s not the most creative or experimental use of the band’s skill set, it feels like the perfect next step necessary to reaching a stage where that can be more of a reality. It’s just really solid stuff across the board, and for a band like Of Mice & Men who’ve been through their stages of adversity and lower ebbs, coming out like this on the other side feels like a triumph however it’s viewed.

For fans of: Parkway Drive, Bury Tomorrow, Miss May I
Words by Luke Nuttall

‘EARTHANDSKY’ by Of Mice & Men is released on 27th September on Rise Records.