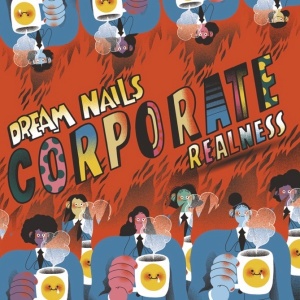 The torrent of indie-punk has made it difficult to really buy into the hype surrounding a lot of bands, but the constant underlying presence of Dream Nails has felt a lot more tangible in terms of the more incisive, straightforward brand of the genre they’ve previously offered that’s more punk in execution that just intention. That’s definitely true of Corporate Realness, clocking in at under two minutes and centred around the stock that so many put in their jobs, prioritising that above their own health and wellbeing. It’s delivered with the no-nonsense attitude that couldn’t be more pertinent for a track like this, with the scrappy guitars and chunky basslines having a formidable amount of bite to them, and the ragged, DIY quality to Janey Starling’s vocals that only add to how spirited and volatile it all is. With as direct and pointed as it is, it’s hard to criticise all the much; going for the jugular right from the off is a perfectly acceptable tactic, and Dream Nails waste no time in leaving a particularly deep impression. 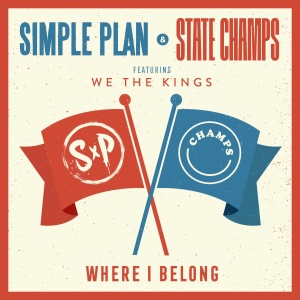 Simple Plan, State Champs & We The Kings – Where I Belong

There was a time when this could’ve been exciting, with two of pop-punk’s biggest nostalgia vendors teaming up with one of the shining lights of the genre’s modern incarnation for a new song. But given that none of these three bands have exactly been at their best on record lately, it makes the prospect of Where I Belong feel a lot less steadfast than it could’ve been, and even if the final product isn’t too bad, it definitely feels like an opportunity that hasn’t been taken to its full potential. For one, it’s not like We The Kings’ Travis Clark has a voice quite as distinctive as Pierre Bouvier or Derek DiScanio, leaving his appearance as more than a bit perfunctory, but even then, it doesn’t feel like any of them really need to be here, given the rather cut-and-dry pop-punk instrumentation that’s definitely catchy, but doesn’t have the magnitude or density that was clearly conceived when this idea came to fruition. It’s not over-polished to oblivion which is at least nice to see, but there’s not much to work with regardless, as three bands come together and leave with a track that could’ve easily been knocked out by one. It’s not bad, but the whole idea just feels a bit pointless, and the execution doesn’t exactly help there either.

Given the unmitigated disaster that was its title track to kick off the album cycle, it’s safe to say that any expectations for Green Day’s Father Of All… are currently incredibly low, but that’s not to say they can’t at least be elevated. The chance for improvement is always there, even if Green Day’s modern track record has deemed that notion shaky at best. And it’s not like Fire, Ready, AIM is doing anything to rectify that either, a song that’s only better because it’s shorter, it feels more competently constructed, and while Billie Joe Armstrong’s vocals are still wrenched into an uncomfortably high register for him, it’s nowhere near as horrendous as his falsetto. Beyond that, the guitars are still pulling heavily from gutless garage-rock in their lack of depth and underwhelming production quality, while the drums and bass are both effectively the same cheap imports that appeared on Father Of All…, only altered slightly to match a slightly slower tempo. For some reason, it continues to justify the notion that Green Day are going to be emulating the forgotten indie dullards of the 2000s rather than ply the bombastic punk they can actually work with, and it’s not as if the results are saying that’s a good idea; this is still pretty bad, even if it has the high distinction of not being a total farce like what preceded it. 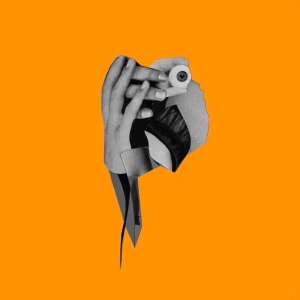 Milk Teeth – Given Up

With everything that Milk Teeth have achieved this year, it’s surprising that they’ve not capitalised on it more heavily with new music. Stain was released last year, after all, and while it’s undoubtedly one of their best songs, there’s only so much distance this current incarnation of the band can go on just one track. But while Given Up isn’t quite as good as that song, it’s exactly the sort of punchy, adrenalised punk track that Milk Teeth have proven incredibly good at riding, and hits all the right points the prevent any momentum from flagging. The central Foo Fighters-esque riff and thick, taut bass work have plenty of propulsion on their own, while Becky Blomfield’s sneered vocals lending a much-appreciated sense of edge and sinisterness that really comes together well across the board. And of course, the production remains ragged enough to not forgo the highly-cultivated DIY aesthetic, but is also suitably punched up for the sort of festival anthem that, if this past summer is anything to go by, this band will be relying on for years to come. Even with as scant as the material has been lately, it’s always great to see Milk Teeth hitting the heights they’re so capable of reaching, and Given Up is yet another example of that in full effect.

Given just how fervent their fanbase is, Dance Gavin Dance are going to be one of those bands who end up churning out material until the end of time, even if the untuned ear finds their particular brand of mathcore to be one of the most grating and obnoxious sounds in modern rock. With Blood Wolf though, that’s not the case, as Dance Gavin Dance appear to have learned how useful some restraint can be and toned down the spasmodic guitar pyro considerably for a much smoother, more listener experience. Jon Mess’ screams still don’t gel with Tilian Pearson’s smoother cleans whatsoever, but there’s definitely a sense of harmony in the instrumental that’s rarely been a factor with this band, with guitar spike and shifts still being present, but having a far greater connection to the central melody that – gasp! – actually works well and connects like an actual song should. Quite why it’s taken them this long to realise that decent song construction can be reasonably achieved like that is a mystery, but the fact that the results are actually rather decent mean that it’s better late than never.

The clearest defining characteristic about Queen Kwong is how, as a project, it represents just what can be achieved by pushing towards the very fringes of alt-rock without having to overshoot or overwork an idea. That’s not to say that Carré Callaway’s fusion of garage-rock, stoner rock and hints of post-punk and industrial isn’t creative, but it’s comes together so naturally that it feels a lot more straightforward than it actually is. Just take new track Oh Well, with the grinding guitars and titanic drums that have a very closed-in atmosphere about them, but operate with a scope that almost borders on anthemic in how each piece is arranged and galvanised for rock creativity that would feel right at home among the ‘90s touchstones that Callaway is nestled amongst. Like all of Queen Kwong’s work, it’s not for everyone with how imposing it can come across, but there’s a lot to like here when considering it as a whole, and just how hugely creative and ambitious of a track it is. 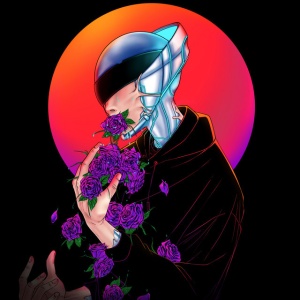 To a not insignificant extent, it makes sense that Point North have now signed to Hopeless, largely because that feels like a suitable holding pen for pop-punk that’ll undoubtedly be massive, but doesn’t do a whole lot beyond the bare minimum. That’s certainly the impression this band have given in the past, and Heartbeat doesn’t look to do much different, bolting on a fairly propulsive chorus to an underweight, overproduced instrumental that falls halfway between Waterparks and ONE OK ROCK with all the lack of restraint of the former and simpering insincerity of the latter. Coupled with Jon Lundin sounding almost identical to Mayday Parade’s Derek Sanders, there’s nothing about this band that doesn’t feel like a cobbled-together patchwork of so many bigger and yet just as underwhelming bands, and when that culminates in a track that’s serviceable but forgettable pop-punk fodder through and through, it’s not too much of a surprise.

Clearly the streak of Pure Noise signing formerly dormant hardcore bands doesn’t seem to be slowing down, now with The Warriors amongst their ranks for their first new album in almost a decade. And off the back of that fact, there’s definitely an advantage to The Warriors not haven’t quite as much reverence around them as others among their ranks, especially when Death Ritual feels a lot more in-tune with more modern incarnations of downtempo, beatdown-focused hardcore. There’s the typically enormous guitar tone and Marshall Lichtenwaldt’s guttural vocals (as well as some extra vocal spice from Xibalba’s Nate Rebolledo), and while it’s definitely in a familiar vein as far as this sort of thing goes, it’s not without its impact. There’s enough to the sheer pummeling, crushing weight of it all for it to work, and even if that’s hardly the most nuanced of approaches, The Warriors do a good job at making it work.