It’s not like there’s ever much hesitation when it comes to dunking on Coldplay, and while there’s certainly plenty to dunk on – from how boring and adherent to the modern pop machine they’ve become in some later material to a generally drained lack of charisma across the board – their presence within modern music can’t be denied. Of course, the announcement of a double album with a pretty imminent release does smack of modern AOR naval-gazing akin to the likes of U2 that rarely goes right, and while it’s not all that far off, these two new tracks at least give the impression they’re trying to forge some kind of foothold. Even then though, having that first taste be the French monologues and squawking, Klezmer-esque horns of Arabesque feels like a band trying to build up an enormous, innovative profile that tips right into pretentiousness in record time, especially when Chris Martin isn’t exactly the sort of vocal powerhouse that can suitably craft something more. At least Orphans feels like more convincing single material as the bouncy, life-affirming indie-pop complete with child choirs and expansive lyrical sentiments that will sound right at home on Glastonbury’s Pyramid Stage when their next inevitable headline slot comes around. It’s hard to gauge much beyond any of that though; a band like Coldplay in 2019 is always going to lean towards the ‘more is more’ approach, and a middling-to-solid output of lead tracks really isn’t a comfortable indication of what to expect going forward. It’ll be interesting, there’s no doubt about that, but whether it’ll be good is another matter entirely.

The 1975 – Frail State Of MindExpecting anything from The 1975 anymore is something of a lost cause. Having the first track from Notes On A Conditional Form as a spoken-word intro was a curveball in itself, and for a band who don’t consider themselves anywhere near rock, moving towards gnashing synth-punk on lead single proper People was just as out-of-nowhere. It’s also worth stating that neither tracks were particularly great, and thus Frail State Of Mind feels designed as a means to rectify that, moving back to off-kilter synthpop with a clear focus on old-school dance music in its tapping beat and generally glassy presentation. And on the whole, it’s okay; it sounds pretty enough with all the delicate arrangements and chopped vocal samples coming together nicely enough, and even if Matty Healy’s vocals aren’t at their most commanding, there’s a solemness that at least fits the overall vibe. That solemness is also part of the problem though, as the track seems to drift by without much presence beyond just how close to the more characteristic 1975 sound it is compared to what preceded it. It’s a step in the right direction on the whole, but the scattered nature of the output from this upcoming album brings into question what that’s actually worth, and how much these moves towards quality can really amount to.

For some inexplicable reason the Hollywood Undead renaissance just seems to be continuing, even if they’re only falling deeper into territory that’s less interesting than they’ve ever been before. Last year’s Psalms EP was testament to that in its dogged embrace of formulaic pop-metalcore, and now Already Dead only seems to be digging deeper into that particular burrow as a track that could come from literally any also-ran who’s been clinging on to their final scene tethers since about 2014. There’s no tone to the guitars beyond the usual scene mush; the vocals are completely anonymous with even the modicum of individual personalities present on Five being sandblasted away; and the whole thing is packaged together with the sort of filmy, overcooked production that’s just as awful now as it was half a decade ago. Why Hollywood Undead are choosing this route for themselves is a total mystery; they mightn’t have been good before, but at least they were distinctive. Now, they’re basically nothing to anyone.

It’s encouraging to see how far Our Hollow, Our Home have progressed over the last year or so, managing to lift themselves out of the metalcore doldrums with last year’s In Moment / / In Memory and becoming a far more formidable force than many could’ve predicted. That clearly hasn’t slowed down either, with this new single serving as the first part of an upcoming plan to be unfurled over the coming months to represent a band moving to an even higher plane of their career, and doing it in a way that feels pretty natural overall. It’s true that the sound hasn’t been given that much of an overhaul, but between the enormous screams that still have that incendiary Bury Tomorrow energy and a true steamroller of a clean contribution, it’s clear that Our Hollow, Our Home have hit that sweet spot when it comes to making the most of their metalcore dynamic. Musically, it’s not quite as impressive in how it’s a bit too rote to enormously stand out, but there’s nothing necessarily wrong with it either, and for the soaring heights this band are shooting for, there’s definitely a good foundation built here to reach them. It remains to be seen how the next parts will augment that, but if nothing else, this is a strong start for some big plans ahead. 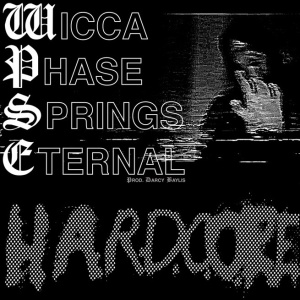 In theory, it’s hardly surprising that emo-rappers can constantly churn out projects, especially given the general lack of effort the whole thing seems to consist of. Thus, in the same year as a generally mediocre album, Wicca Phase Springs Eternal is already rolling out new material, and given the space of only months between the two, it’s not like Hardcore was ever going to be an enormous leap in quality. If anything, with a deadened vocal that mixed halfway back into the track and a scratchy guitar constantly looped over a flat beat, it sounds about as cheap as these things usually turn out to be with not a lot to redeem it otherwise. There might be a bit more energy than the usual emo-rap dirge, but there’s so little quality to extract from what overall feels like yet another example of why this scene’s inevitable implosion can’t come soon enough. There’s certainly been worse examples, but like like so, so many others, Hardcore simply ends up falling into the enormous dead zone of inessentiality. 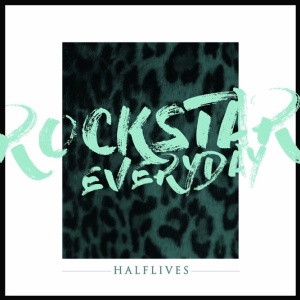 Even if their single breakout moment hasn’t been defined just yet, Halflives have built an impressive knack for catchy pop-rock jams that could easily slot into virtually any of the genre’s modern scenes. What’s more, a burgeoning fanbase is already doing a lot to see them move forward at a good pace, with only a real hit to their name needed to break them over that crucial threshold. It looks as though Rockstar Everyday looks to be heavily fixated on that goal too, given how deeply Halflives have fallen into more synthetic, sleek alt-pop tones that can frequently be misused by a lot of bands making such a harsh pivot, but in this instance it’s done with real taste and poise that does benefit them. The sinuous bass is the clear standout, and with the punchy percussion and chiming hints of guitar, there’s definitely a good sense of neon-dappled atmosphere that Linda Battilani’s smoky vocals so effortlessly mesh with. The lyrics aren’t really anything special, but for the sort of trendy, contemporary-to-a-fault track it’s trying to be, there’s enough inherent swagger to Rockstar Everyday that pushes it forward without a whole lot of depth. It’s good stuff overall, and shows an adaptability to Halflives that’ll undoubtedly see them continue their upward trajectory with ease. 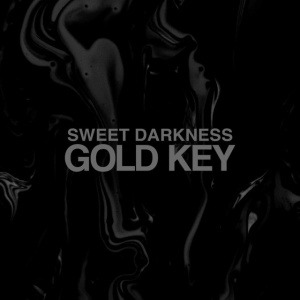 It’s been a while since we’ve heard much from Gold Key, and that’s rather a shame. The lineup consisting of members of Gallows, SikTh and Blackhole speaks for itself with regards to quality, and 2017’s Hello, Phantom saw that channelled into a great blend of Queens Of The Stone Age-esque stoner-rock with the ever-creative sensibilities of modern Britrock. That hasn’t really changed with Sweet Darkness either, with the band picking up an even greater sense of grandeur and progressiveness in the galloping drums and riffs that peel out with real tension and grit. Steve Sears’ wonderful vocals top it all off, with a sense of dynamism almost akin to classic prog in their range and sweeping tendencies, providing the perfect glue that attaches each piece with a truly seamless sense of ease. For what is effectively a side-project, Gold Key continue to shoot far beyond pre-ordained expectations, and while that’s impressive in its own right, the fact they can so accurately hit that mark is even better.

Over the course of their past couple of singles, Bitch Falcon have really carved a niche for themselves as one of the most exciting post-punk bands currently on the cusp of breaking out, both through a keen sense of melody and an erratic sensibility that it’s balanced off so well. Therefore, it’s no real surprise that Damp Breath is yet another example of how good the results of that balance are, with Lizzie Fitzpatrick have a keen ear for a propulsive hook in her vocals but also the flexibility to curve into spikier territory, and Barry O’Sullivan’s surging bass work laying down the foundations for a hot-footed gallop thick and fast. There’s barely a second wasted, and while a bit more evolution within the track itself wouldn’t go amiss (something that, upon further revisits, has been something of a constant within Bitch Falcon’s work), it’s still an impressively kinetic and energetic track, and when this band do finally get to releasing something more substantial, this is the sort of formula they should be looking to build on.