THIS WEEK: Haggard Cat drop the first single from their upcoming second album, and there’s new music from Chapel, Apocalyptica, The Winter Passing and more

It feels as though it’s been longer than it actually has since Haggard Cat have released new music, mostly because the scene of garage-rock duos they inhabit has only continued to stagnate without them being virtually the only band bringing anything new to the dynamic. They look to be jumping into that mindset at full force once again as well, given that this new single not only features Jamie Lenman for the guaranteed off-kilter Britrock cred, but also because they’ve doubled down on the hefty riffs for another great example of how good this sort of thing can actually be. The tremendous groove is the main feature, constantly twisting and contorting itself to match changing tempos that consistently evolve, but the shards of squalling, fuzzed-up riffs poking through bring forth that sense of volatility that Haggard Cat have over their contemporaries, channeling some of the energy of the duo’s former life in Heck for a far more engrossing final product. If Haggard Cat’s debut could feel as though they hadn’t fully come into their own, First Words is launching headlong into a great, distinct sound from a band ready to make some serious waves in 2020. 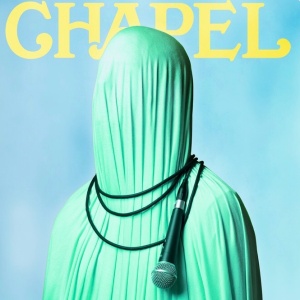 It’s been a bit of time since Chapel have released new music, to the point where it felt like they could be just another one-and-done alt-pop project who disappear after their brief window of exposure. And while their Sunday Brunch EP in 2017 was definitely really good, the fact it’s taken this long to follow it up can be a bit worrying, especially with the speed that this particular genre moves at. Luckily Friends hasn’t taken too much of a hit, and while it’s far from Chapel’s best, there’s enough here that remains true to their tight, synth-driven indie-pop while still undergoing a necessary bit of development. Of course, that’s generally relegated to some choppier synth progressions and guitars that do draw a bit more from modern indie-pop, but on the whole it’s all melded together well as another pretty seamless package that moves by without too much of a hitch. It’s a shame that it doesn’t explode at the moments when it really could, but on the whole, the next stage for Chapel already looks promising, and for one of the better acts in this scene already, that’s always good to see.

Apocalyptica – Ashes Of The Modern World

While Apocalyptica are undoubtedly one of the most original of the bigger symphonic metal bands, given that their primary instrumental arrangement revolves around their three cellos rather than any sort of guitar work, that can also make it a bit difficult for them to branch out. There’s not much they can really do beyond getting guest vocalists in to lend some individual personality to their work, and away from that, there’s definitely a feeling of repetition that goes through their sound. That’s certainly how Ashes Of The Modern World feels, a track that has the usual poise and cinematic bombast one would expect from an Apocalyptica song, but nothing else to really differentiate it on the whole. The shifts in tempo do help, and cello playing is unmistakably excellent, but there’s not much beyond surface-level admiration that really connects. The melodic motifs aren’t all that strong, and while there’s nothing particularly wrong with it for fans, the general sense of more of the same can be tiresome, especially within a band whose move pool is rather limited as it is.

Despite being perennial emo faves across the scene, it’s surprising that The Winter Passing haven’t broken through to a higher level yet. They’ve got the melodic lushness and compositional skills to reach those heights, and the vocal dynamic between Rob and Kate Flynn is more unique that what a lot of other bands bring. But it’s also the emotional heft that The Winter Passing bring that stands out, and Patience, Please feels like a near perfect example of that, tapping into feelings off loss, grief and melancholy that, along with the chiming guitars and generally phenomenal richness across the board, hits every single note that modern emo should aspire towards and then some. The expansiveness really feels earned here, particularly in the gorgeous builds and crescendos that do have real weight to them, and that the band can so effortlessly capture without sacrificing how much resonance is actually here. It’s a genuinely fantastic track, and one that, with any justice, should see The Winter Passing rocket to the top of the emo pile without hesitation.

Thornhill – Where We Go When We Die

It feels like everyone has been waiting for a while for Thornhill to really come out with their one big moment to break away from the tech-metalcore monotony they’ve been trudging through, and that hasn’t really happened yet. There’s definitely talent here, but it’s not been put to the best of uses as of yet, and that’s led to a generally underwhelming reaction to pretty much everything they’ve released to date. With Where We Go When We Die though, there’s definitely more here to like, even if the continual riffing on Northlane provides the basis of what exactly it is. Still, they’ve captured the longer, more languid sound well here, with the building guitars and crunchy production hitting at all the right moments in a way that’s at least a bit more agreeable, if not entirely original. That’s still where Thornhill continue to fall, in that there’s really nothing here to earmark them as a distinct presence in their own right, but they’re at least moving in a more promising direction here, and that’s something at least. 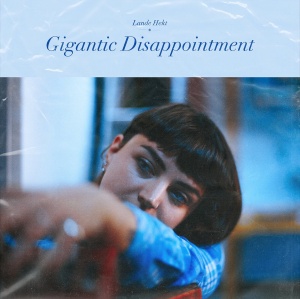 Lande Hekt might have only released Carpet a week ago, but clearly the density of the promotion for her upcoming solo EP proves it to be more than just a throwaway side-project. Indeed, there’s a lot about the Muncie Girls’ vocalist’s work here that could easily slot into the output of her main band, especially when The Future breaks into its jangling rollick of a chorus that owes a lot to the classic indie-rock that can often be parsed out within Muncie Girls’ work. And again, like the first, this isn’t a bad song either, especially for a smaller scale that goes a bit more personal in its writing, but the proximity to Muncie Girls in sound does put a rather steadfast cap on how much can actually be achieved if it turns out as more of an extension that something newer or more different. It’s definitely solid, but it sets off an alert that there might need to be a few more creative decisions made on this EP, lest it become lost in the shuffle not just with others like it, but with Hekt’s own work as well.

In the wake of Hacktivist proving that grime and metal can sit together as natural bedfellows, Pengshui have been taking that notion even further for the past couple of years, especially by forgoing the guitars altogether for a potent cocktail of bass, drums, synths and Illaman’s vicious rapping. Granted, such a rudimentary setup can be a bit limited, but it does tend to work, and No Joke pretty much ticks all the necessary boxes that Pengshui have been keeping tabs on for pretty much all of their previous singles. The sense of groove and slam is as enormous as ever, and with the cutting synth line, there’s a pretty great sense of dirtiness and griminess to it that the frantic, bludgeoning vocals contort into something even more fierce. And yet, that one dimension is pretty much all that’s here, and while it’s definitely good, it’d be nice to see something a bit more diverse that what Pengshui have already put their name to many times before with little else alongside it. Still, this is solid stuff, and if they want to carry on down this route with a full release to solidify what they’ve got, it’d certainly be worth a look.

As much as The Guru Guru would presumably like to be a position to fall back on their originality regardless of anything else, it’s pretty easy to draw parallels with a good number of other acts. There’s the angular post-hardcore vibe of bands like Dance Gavin Dance and The Fall Of Troy for one, and with a stream of consciousness lyrical style that calls to mind Raketkanon, they definitely aren’t as on their own as might initially be perceived. And like a lot of those bands, Chramer turns out to be a song that can be difficult to get into, largely because of how its progression seems to be hinged on Tom Adriaenssens‘ blunted delivery that’s not exactly terrible, but falls into the La Dispute camp of an acquired taste that the comparatively conventional instrumentation can struggle to back up. That’s not to say it’s basic, especially with the shards of more complex polyrhythms thrown in that are good, but a lot of these pieces don’t necessarily mesh, and it leaves The Guru Guru as the sort of band for people with a greater ear for that sort of discordance. File it under ‘not for everyone’, then, because this isn’t bad, but it doesn’t spark much reaction elsewhere either.