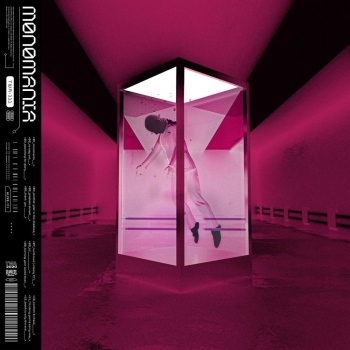 A lot of modern metalcore justly deserves the flak it receives for being vapid or homogeneous, but after everything they’ve done over the past few years, The Word Alive are safely in a place where, among the ranks of their peers, they’re the ones who’ve earned more of a pass. It’s really not a case of pushing the envelope either (though it’s worth pointing out that 2016’s Dark Matter is still a great album), but in the current market for more melodic, pop-rock-leaning metalcore that still has a firm alternative bent, they’ve regularly been the dominant name in just how much their material tends to stick. Though not an exact science, The Word Alive seem to have cracked how to make this sort of thing work on a far more reliable basis, be it an ear for booming, calamitous scope or Telle Smith’s impressive versatility as a vocalist, and when that’s translated in a handful of really strong cuts to come from this latest phase in their career, it’s worth praising a band that can hold steady within a scene for which that’s a tremendous rarity.

In a way, it feels as though The Word Alive themselves know that as well. It’d be too much of a stretch to say they’re becoming complacent, but there’s a certain level of comfort in their work now that holds on to the foundations set for it, but without looking to really make the changes to progress further. That generally feels like the case with Monomania, an album that has the strong hallmarks that The Word Alive have become known for, but without the spark that made those best moments really soar. What this is, is a smaller step forward in the way that 2018’s Violent Noise was to Dark Matter, opting for a similar sonic approach and keeping the blockbuster size up, but arranged in a way that’s very likely not to be as memorable in the long run.

Granted, it’s not like they aren’t trying, especially when Monomania is arguably a doubling down of the ironclad melodic foundations that have given The Word Alive such life recently, particularly when Smith’s screams are used more for natural accentuation than rigid stylism as is so often the case. It’s more in the vein of a band like Hands Like Houses in the vein of polished, laser-crafted alt-rock, something which the likes of Searching For Glory and Burning Your World Down execute really well in sweeping, cinematic size that has enough rumble and electronic flourishes to feel at home within modern metalcore. But when that’s effectively the go-to approach that’s repeated again and again, it does begin to wear thin as the choruses, while impactful, blur together, and the production gets to feel less precise and more sterile and underwhelming. That’s not to say that The Word Alive have lost their touch or anything, especially when late album cuts like Comfort & Chaos prove this isn’t another case of unnecessary front-loading, but beyond the enormous scale of it all which admittedly is really easy to get swept up in even on just a casual listen, there’s nothing that’s quite as impactful about Monomania as there was on Dark Matter or even the best parts of Violent Noise. There’s definitely muscle, particularly in a solid electronic core, but putting that to more distinct use would give Monomania is moments to shine instead of keeping everything on a decently consistent but ultimately levelled-out keel.

It’s not like the writing helps with those matters, but The Word Alive do deserve some credit for not immediately falling into the laziest, most bog-standard tropes when it comes to subject matter like mental health and searching for some kind of peace in life. They aren’t averse to it either, as the title track shows, but weaving in examinations of the effects that love can have on that situation is a touch of detail that does pay off, threading in themes of broken relationships on Another Year In The Shadows and manipulation and being taken advantage of on Greatest Almost to compound that darkness, but without avoiding the light that comes from moments of care and companionship that makes things worthwhile on Death Is Only The End If You Assume The Story Is About You. Still, the prominence of that darker turn can’t really be blamed when Smith has the sort of voice that does lend itself to incisive and emotionally-charged takedowns – both in singing and screaming – and that does add some teeth to music industry criticism on Thank You and thickens the smothering cloud of self-doubt formed on I’m Sorry You’re Sorry Now. Again, it might come across as pretty standard, but an already low bar opens up the opportunity to succeed more readily, and it’s at least clear that The Word Alive are making the effort to rise above the bare minimum and write songs that have meaning beyond the perceived attachments to rote buzzwords.

Even on a comparatively weaker effort like this, there’s still enough payoff to put The Word Alive in a stronger tier of metalcore acts, even if that spot isn’t as tightly locked in as it might’ve been a couple of albums ago. That’s just the risk of running with a sound like this though; as solid as Monomania generally is, it does come across like the point where a few new tricks need to be thrown into the mix to fend off staleness, especially when this is really the first time the rust has been as much of a debilitating factor as it is. It’s still fine enough for what it is, and as far as melody and a fair crop of colossal hooks go, Monomania more than fits the bill, but the reticence to do more with it is certainly noticeable, and that is something that needs to be addressed. Still, there’s a lot worse out there, and if Monomania does nothing but continue to establish a standard baseline of quality for The Word Alive going forward, it at least succeeds there.

For fans of: Hands Like Houses, Bring Me The Horizon, blessthefall
Words by Luke Nuttall

‘Monomania’ by The Word Alive is out now on Fearless Records.