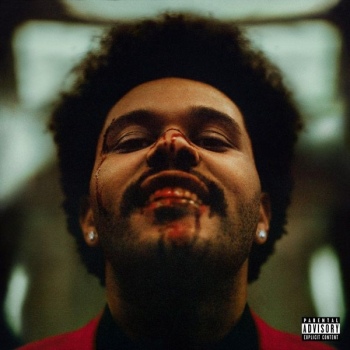 Looking back with hindsight, there’s been few hitmakers over the course of the last decade with the longevity of The Weeknd. That’s to be expected for an artist who’s undoubtedly an A-lister at this stage, but for as bloated and overstuffed as Starboy as an album was, to see a disproportionate number of cuts from it not only hold up but actively improve over time says a lot when mainstream hip-hop and R&B have gone out of their way to lean into their disposability in recent times. The fact that an artist like The Weeknd, whose primary avenue into the pop culture landscape came from dead-eyed, drugged-out nihilism on early mixtapes, has ended up in the position of a superstar that he has speaks volumes about how far the bar for entry has moved; sure, a lot of that has been facilitated by a number of pop moves, but when tracks like The Hills and In The Night continue to rank among his biggest, it’s indicative of an artistic presence for whom his dynamism and transgressive tendencies are selling points. At the same time though, it brings into question what an album like After Hours can bring to further the mythos and artistic progression of The Weeknd, especially after his My Dear Melancholy, EP really failed to catch fire. For one, significant production credits from Illangelo hint at at least a callback to the darkness of his earlier material, but that’s offset by the continuation down the ‘80s synthpop rabbit hole that’s been made evident – and rather deliberately shown – by making Blinding Lights an early single. When both of those sides are as at odds with each as they are, it doesn’t offer any further clarity into After Hours’ direction, and while that’s not precisely worrying, the artistic cohesion that’s imperative for The Weeknd to embrace to avoid another piecemeal success like Starboy doesn’t appear to be present.

But what’s interesting about After Hours is that it serves simultaneously as a sequel to Starboy and also a backdoor curtail to The Weeknd’s more formative sound, at least in spirit. That’s certainly the intention thematically, but as far as a body of work goes, the high points aren’t quite as high but there’s a much more considerable evening out on After Hours when placed next to Starboy. As a result, what’s left is an album that’s still immersed in the glitz of the high life but looking to wade back into the murk, and while there’s definitely a case to be argued for how well The Weeknd is able to balance the two, there’s nothing about After Hours that feels like a regression or a reclusion. Within the narrative of The Weeknd, this feels like a natural next chapter regardless of how transitional it may be, something that‘s arguably loomed over as the biggest struggle he’d have to face for a while.

And when that can be attributed to what is essentially a breakup album, there’s a good amount of emphasis placed on the heightened moments and melodrama that have become key to The Weeknd’s persona, and how well-integrated they feel here. It’s hardly a literary arc – a messy breakup sends The Weeknd spiralling into his old ways of debauchery that’s exacerbated by how much fame and the Hollywood lifestyle have shaped him – but it’s the necessary source of fuel for After Hours’ full-blown wallowing to build itself up and inflate itself to almost cinematic proportions. For as much of a mess as Escape From LA is, seemingly split into two disjointed halves where The Weeknd finds himself increasingly disillusioned with celebrity life before the prospect of hedonistic, no-strings-attached sex pulls him back in, it’s a neat condensation of the dichotomy that runs through After Hours, albeit one that does suffer from a certain lack of expanse that’s more suited to an entire album. It’s the same way that tracks like Alone Again and Heartless act as solid establishing shots, with the images of the relapse and openly succumbing to such a damaging lifestyle being fully painted, but ultimately need what’s brought around them to flesh out the image further, like the moments of lucidity flickering among the darkness on Faith, or the toxicity that emerges from the binging on Repeat After Me and how that morphs into the almost formless soul-aching of the title track. It’s all ground that’s familiar for The Weeknd (hell, Snowchild is effectively the exact thematic flip of Starboy’s Sidewalks), but when that’s the point, the reversion does feel justified and something that The Weeknd can engulf himself in without any issues.

The execution is a little less exact though, and while that too does have its own connections to the theme and the journey that’s taken throughout the album, the fact that After Hours has basically no consistent grounding in either side of The Weeknd’s personality is really the only area that doesn’t gel all that well. When the darkness and rejection of the LA life are made to be so prominent throughout, it’s hard to find the reasoning for the glamorous synthpop of Blinding Lights or the lavish disco simmer and saxophone solo of In Your Eyes that seem to be going even deeper into that territory (not to mention the interpolation of Elton John’s Your Song on Scared To Live that’s definitely an odd touch). Compared to Starboy that had similarly poppy moments but came as an embrace of the light and positivity that are a lot more complementary, After Hours’ attempts to use them as the backdrop The Weeknd finds himself trying to escape from don’t connect as well, and it holds down the notion the same sort of fragmentation as last time hasn’t been totally rectified.

But it’s not like any of those tracks aren’t good in their own right, and when viewed more as a collection of songs placed in the context of The Weeknd’s own hitmaking prowess, there’s some real excellence here. The big-budget production that’s the norm for The Weeknd is even more huge and cavernous thanks to Illangelo’s influence on the icy garage beats of Too Late and the shapeshifting darkwave pulse that emerges from the title track, and with the darkness augmented by Metro Boomin and the poppier material from Max Martin, there’s clearly been no expense spared on making sure that After Hours sounds as lavish as possible. And credit to everyone involved – when almost every track has at least one production element that really sticks and makes a considerable impact, especially on an album that almost reaches an hour in length, there’s clearly a lot working here despite not everything quite fitting together. More than anything, it establishes how strong The Weeknd’s core as an artist really is; he’s still got the crystalline vocals that can capture dead-eyed ennui just as well as laser-focused Michael Jackson impressions, and that can fit into pretty much any scenario where it’s needed. There’s an almost hypnagogic quality to some of the more open-ended vocal moments of a track like Snowchild, and that works just as well with very little modulation needed on the gorgeously clear work of Hardest To Love or the pure pop of In Your Eyes. It’s definitely messy, but The Weeknd can keep greater control of that than a lot of artists, not to mention bring a baseline of quality that plenty in his lane couldn’t even begin to approach under the same circumstances.

At the same time though, there’s still a bit of bloat that hasn’t totally gone away, and between a pretty stock arc and moments of instrumentation that struggle to move it forward, it’s difficult to call After Hours totally great as a whole. What it is, though, is a clear step up from Starboy and the sort of move that an artist like The Weeknd with inherently more creative freedom is able to manage really well. It feels like a complete package in the way that its predecessor didn’t, added onto songcraft that’s definitely more potent in terms of atmosphere and simply where it falls within the spectrum of The Weeknd’s oeuvre. If nothing else, that’s progression that feels earned; After Hours feels like a solid approximation of two templates that diametrically opposed, but attempts to put them together to at least coexist if not cooperate. When The Weeknd finds a way to make that happen, there’ll be something to really get excited about, but this is a good start for at least showing how that idea could be possible.

‘After Hours’ by The Weeknd is out now on XO Records.