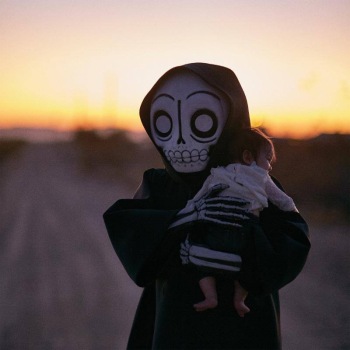 The emo classes of the mid-2000s have seemed to follow a trend when it comes to the longevity of their artists into the modern day, not necessarily seeing them fade into total obscurity, but consistently keeping on with little fanfare and likely to a diminished audience. Senses Fail seem like the perfect example of this, hitting their peak early with Let It Enfold You and Still Searching, and being unable to match it from then on. It has led to greater creative freedom, though, particularly on 2016’s Pull The Thorns From Your Heart which bulked up a hardcore and metalcore influence that a less harsh gaze had allowed them to embrace.

As for If There Is Light, It Will Find You though, the hardcore has been severely diminished, and Senses Fail have reverted to a back-to-basics post-hardcore style caked in nostalgia for their noughties heyday. And ultimately, this feels like a smart move; with the challenges and turmoil that has wracked both frontman Buddy Nielsen and the world at large, a sonic pallet that aims directly for the heart is indicative of a band who want their message to be heard by as many ears as possible. Even if If There Is Light… isn’t everyone’s cup of tea, it’s hard to deny that aim is realised, and that this may be one of Senses Fail’s most direct albums in a while.

A big part of that comes in Nielsen’s own viewpoint, how he hasn’t shed the conventions often associated with this period of emo especially, but delivering them with such frankness and in a starkly blunt terms that it’s nigh on impossible to believe that is just fan service. The demons of self-doubt are still there on Is It Gonna Be The Year?, underscored and exacerbated by unforeseen and gutting losses on First Breath, Last Breath and Orlando And A Miscarriage, and the typical stigma of a millennial on Gold Jacket, Green Jacket…. There may be shards of hope there, like on Shaking Hands or the growth of “You Get So Alone At Times That It Just Makes Sense”, but ultimately, Nielsen acknowledges that his life still isn’t on track, yet he embraces it. It’s a more mature take on what is often considered to be moaning about life, a scene veteran who may have been placed in the exact camp once upon a time outlining the realities and how they grow and re-shape themselves with time.

What’s more, framing them in a return to the sound that Senses Fail made their name with only feels like the necessary continuation of a story, revisited over a decade later for a catch-up of sorts. It helps that so many of If There Is Light…‘s tracks could’ve fit seamlessly within the band’s older output, both in terms of perfect sonic transition and an easy retention of quality that tries its hardest not to sound dated or played out, and almost always succeeds. Imbibed with the pop-punk spirit of old, this is a far more natural guise for Senses Fail, be that in the impassioned, decidedly classic spring of tracks like New Jersey Makes, The World Takes and Stay What You Are, anthems that err towards a quintessentially 2000s vein of poppier post-hardcore like Elevator To The Gallows, and in the title track, a sweeping, string-embellished power ballad encapsulating the emotional rigour Senses Fail put themselves through. It’s not exactly revolutionary, but the way that Senses Fail have returned to this well without so much as missing a beat is pretty impressive, especially considering how long it’s been relatively on the back burner.

And ultimately, that’s where Senses Fail find their greatest strengths, going back to what they were but applying it to a modern context that still fits remarkably well. If There Is Light… never feels like a cynical rehash or a return to the style for the sake of success, but a natural continuation of what came before, and what still feels necessary to discuss now. Of all the bands who are still around who cut their teeth during this era and who have remained as emo veterans, Senses Fail are currently leaps and bounds ahead of so many of their contemporaries, and what’s more, feel all the more vital the further they go on.

For fans of: The Used, Silverstein, Set Your Goals
Words by Luke Nuttall

‘If There Is Light, It Will Find You’ by Senses Fail is released on 16th February on Pure Noise Records.