Compared to how visceral it once was, the furore around Babymetal seems to have diminished greatly, inevitably to the delight of their detractors who’ll inevitably come out with notions of […] 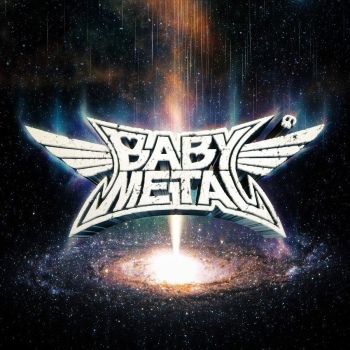 Compared to how visceral it once was, the furore around Babymetal seems to have diminished greatly, inevitably to the delight of their detractors who’ll inevitably come out with notions of how they’re a gimmick band not built to last, and how they’re currently undergoing the sharp decline following a boom not uncommon for flash-in-the-pan acts. And honestly, that’s true to an extent; Babymetal are indeed a gimmick band in the way they’ve jammed together J-pop and idol music with metal, but unlike many riding an aesthetic or conceptual novelty to brief success, Babymetal have managed to grow their gimmick rather than simply trying to wring out everything they can for it. Looking at 2016’s Metal Resistance, that was far more smoothened out than its self-titled predecessor, resembling something far closer to what’s traditionally offered in power-metal than anything deliberately marketing itself on gimmickry. And that honestly feels like the healthiest and most fruitful path for Babymetal, seeing as they’ve always co-opted the larger-than-life imagery and concepts of power-metal – as well as a clear penchant for a sugary, hyper-precise pop focus – and they’re definitely imaginative enough in a genre-blending sense to do more with it than most. Even with the departure of backing vocalist and dancer Yuimetal last year to leave the focal core of the band as a two-piece, it’s not like there’s much to be concerned about going into Metal Galaxy; it’s easy to be cynical and say that for an act as unashamedly manufactured as this, the pieces for success have long since been put in place, but previous results have spoken for themselves when it comes to just how well Babymetal can present this sort of thing.

Though at the same time, given some of the risks and endeavours taken to pile on even more layers and directional shifts onto what’s already a dense product, it’s hard to think to Metal Galaxy has been too bogged down by a sense of micromanagement, especially with how near it comes to careening totally out of control. It’s not like Babymetal have all the resources to be properly able to juggle everything they’re trying to throw either, but they’re honestly not far off, and coupled with the general sense of daring that they’ve always displayed when it comes to such flagrantly provocative genre cross-breeding, Metal Galaxy is the sort of titanic album worthy of a name with such similarly enormous connotations behind it. For as overblown as it is, that kind of feels like the point, and when Babymetal embrace it with such colour and explosiveness, it frequently pays off in dazzling fashion.

More than anything, it’s a case of the sounds that Babymetal play around with benefiting from the energy and opulence of the presentation. In fact, the only instance where there’s a significant bump in the road is the awkward go at pirate-metal on Oh! MAJINAI with the garbled hook that Sabaton’s Joakim Brodén only further clutters. Otherwise, Babymetal prove incredibly adept at stepping further out of their comfort zone than ever before, dipping into Bhangra tones on Shanti Shanti Shanti and quick-stepping Latin interpolations on Night Night Burn! while still keeping to an almost impossible level of tightness. For an album that lasts almost an hour and crushes in multiple genres and guest turns in the process, Metal Galaxy rarely feels like its overextending, and while the theatricality crosses over to just bloat towards the very end, it doesn’t feel all that debilitating.

That’s purely because with the amount that’s achieved on this album, a couple of less-than-stellar cuts don’t do that much damage overall, especially when there’s ample amounts of flashiness to distract from them. The stadium-ready sensibility that Babymetal have cultivated over their career feels its most realised here, as both metal and pop sides are amped up to ridiculous yet glorious levels, the real capper coming on Brand New Day, where Polyphia guitarists Tim Henson and Scott LePage lend their ultra-nimble brand of shredding to an already meticulously-crafted track in a move that’s just inspired every way it’s spun. It’s just one way that scale and polish is used to give Babymetal that much bigger edge, especially with a focus on being as anthemic as possible that tilts into a stronger embrace of pop on a track like the irresistible DA DA DANCE. And yet, this is, for all intents and purposes, a contemporary metal album, and it’s great to see that Babymetal continue to embrace that despite how front-and-centre the pop elements can be. Distortion is effectively as close to pure melodeath as they’re likely to get that makes the guest appearance from Arch Enemy’s Alissa White-Gluz work all the more, while Kagarou not only takes the surging grooves that wouldn’t sound out of place on a modern Bring Me The Horizon album, but dials back the overt clarity of the vocals in a particularly odd turn that definitely works. And among all of this, Su-metal has grown into a vocalist that feels accustomed to this sort of music rather than being a distinctly non-metal presence within a metal band; she fits the power-metal dynamic better than ever before, and that’s an imperative connection when it comes to recognising Babymetal as a great band for what they’re capable of, rather than a band deemed great because they’re an oddity within the scene. And in a way, that makes the relative inconsequentiality of the lyrics (not just because of the Japanese language barrier, but because an English track like Elevator Girl doesn’t do a lot in the writing) feel like even less of an issue, especially when considering the size and bluster that the vast majority of power-metal relies on anyway, and how Babymetal are simply playing to that expectation here.

But to deem Babymetal as just another power-metal band would be tremendously unfair to an act who’ve carved out such a distinct identity for themselves, but have achieved enough with it to feel as natural within the scene as anyone else. As much as some might find the concept or the aesthetic off-putting, the only real difference now is that Babymetal are actually striving to push the boundaries of power-metal that have so profoundly rusted and stagnated over the years. Metal Resistance might have proved their was more to them than just a gimmick, but Metal Galaxy displays a confidence that’s been well and truly exercised with regards to how much more is actually here. Even if the detractors persist, Babymetal continue to assert themselves as one of the boldest and most defiant voices in metal today, and continuing to do that should only see them leap from strength to strength even further.

For fans of: DragonForce, Band-Maid, Sabaton
Words by Luke Nuttall

‘Metal Galaxy’ by Babymetal is released on 11th October on earMUSIC.